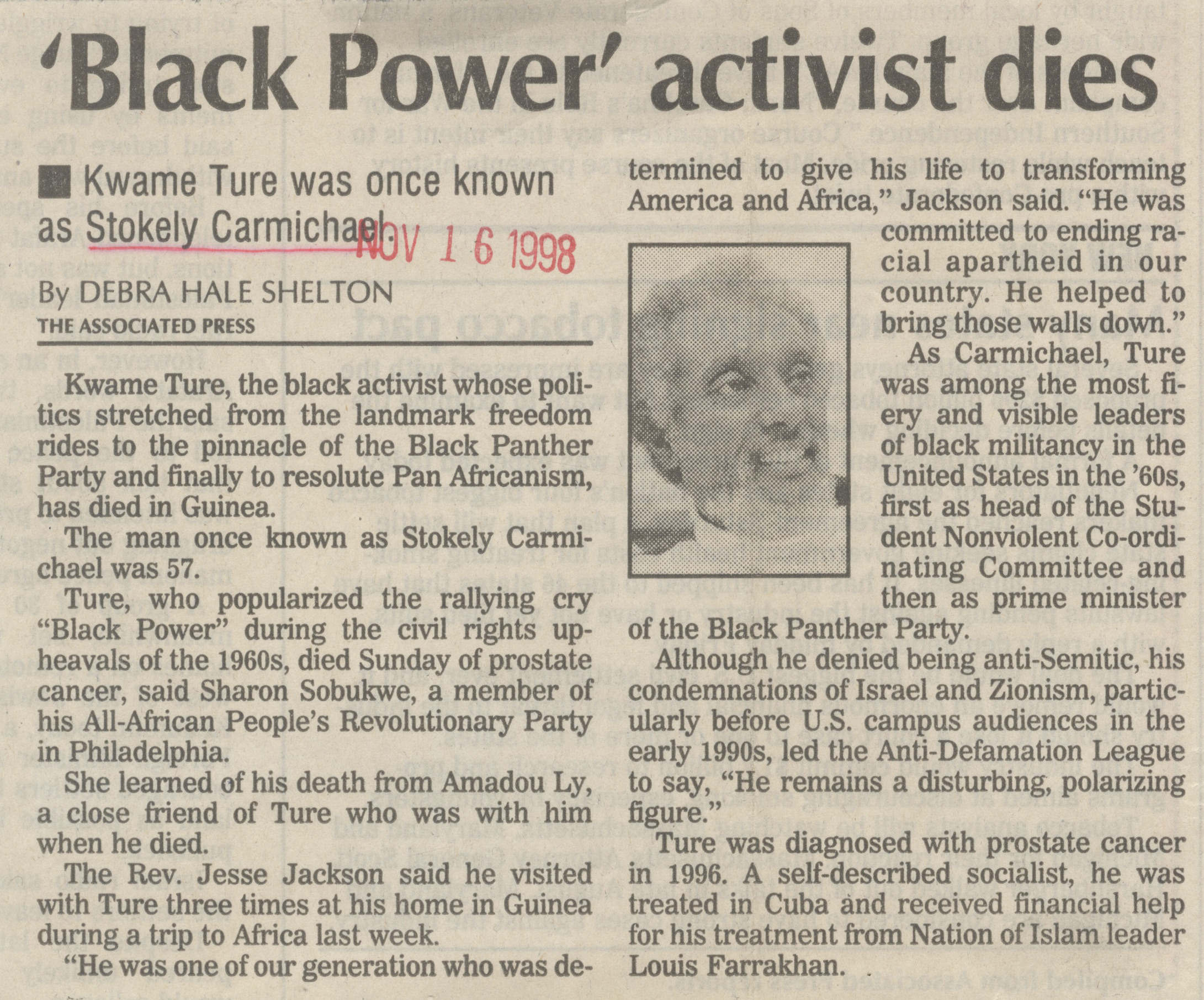 ■ Kwame Ture was once known as Stokely Carmichael

Kwame Ture, the black activist whose politics stretched from the landmark freedom rides to the pinnacle of the Black Panther Party and finally to resolute Pan Africanism, has died in Guinea.

The man once known as Stokely Carmichael was 57.

Ture, who popularized the rallying cry “Black Power” during the civil rights upheavals of the 1960s, died Sunday of prostate cancer, said Sharon Sobukwe, a member of his All-African People’s Revolutionary Party in Philadelphia.

She learned of his death from Amadou Ly, a close friend of Ture who was with him when he died.

The Rev. Jesse Jackson said he visited with Ture three times at his home in Guinea during a trip to Africa last week.

“He was one of our generation who was determined to give his life to transforming America and Africa,” Jackson said. “He was committed to ending racial apartheid in our country. He helped to bring those walls down.” As Carmichael, Ture was among the most fiery and visible leaders of black militancy in the United States in the ’60s, first as head of the Student Nonviolent Co-ordinating Committee and then as prime minister of the Black Panther Party.

Although he denied being anti-Semitic, his condemnations of Israel and Zionism, particularly before U.S. campus audiences in the early 1990s, led the Anti-Defamation League to say, “He remains a disturbing, polarizing figure.”

Ture was diagnosed with prostate cancer in 1996. A self-described socialist, he was treated in Cuba and received financial help for his treatment from Nation of Islam leader Louis Farrakhan.