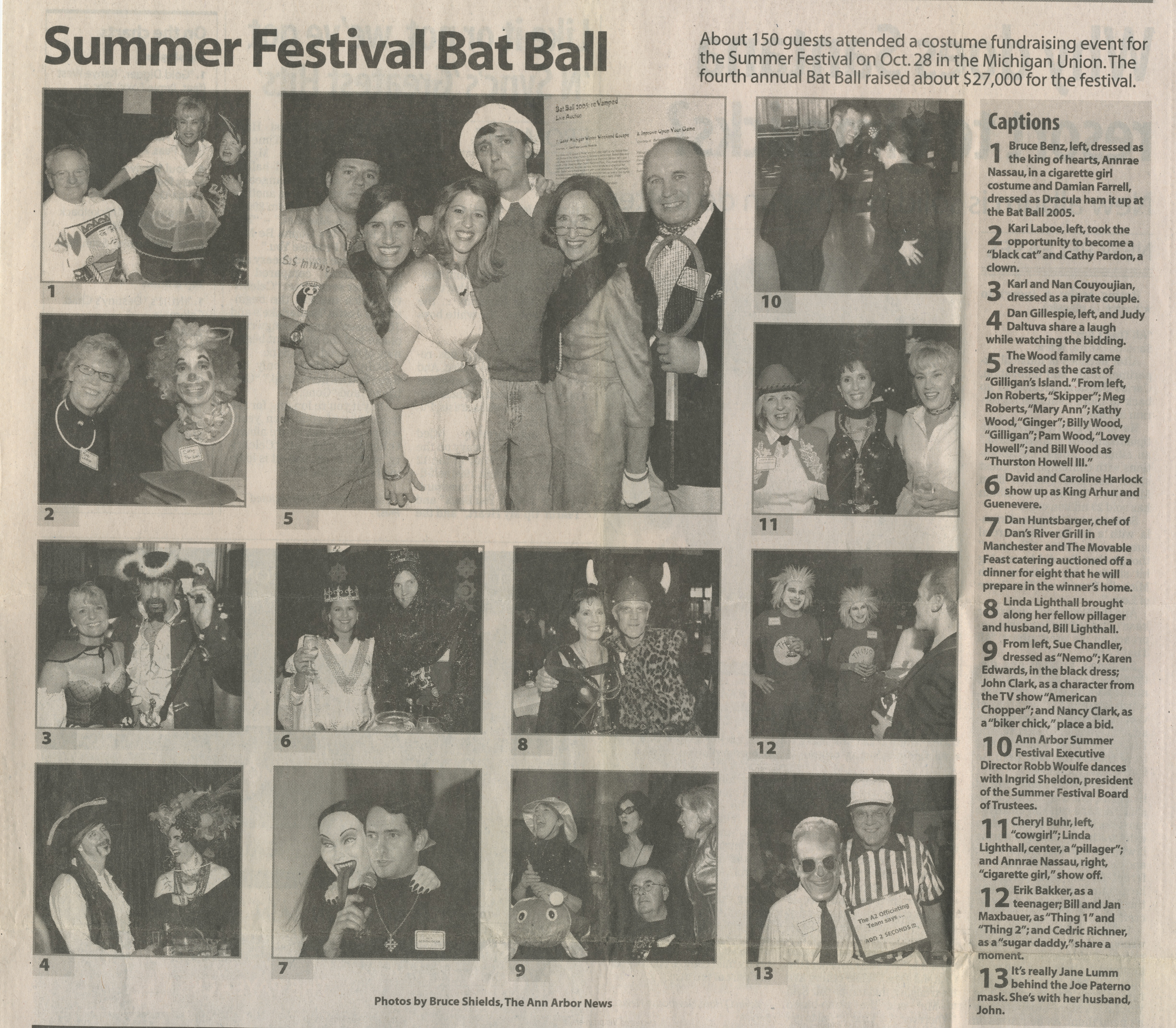 About 150 guests attended a costume fundraising event for the Summer Festival on Oct. 28 in the Michigan Union. The fourth annual Bat Ball raised about $27,000 for the festival.

1 Bruce Benz, left, dressed as the king of hearts, Annrae Nassau, in a cigarette girl costume and Damian Farrell, dressed as Dracula ham it up at the Bat Ball 2005.

2 Kari Laboe, left, took the opportunity to become a "black cat" and Cathy Pardon, a clown.

3 Karl and Nan Couyoujian, dressed as a pirate couple.

4 Dan Gillespie, left, and Judy Daltuva share a laugh while watching the bidding.

6 David and Caroline Harlock show up as King Arthur and Guenevere.

7 Dan Huntsbarger,chef of Dan's River Grill in Manchester and The Movable Feast catering auctioned off a dinner for eight that he will prepare in the winner's home.

9 From left, Sue Chandler, dressed as "Nemo"; Karen Edwards, in the black dress; John Clark, as a character from the TV show "American Chopper"; and Nancy Clark, as a "biker chick," place a bid.

13 It's really Jane Lumm behind the Joe Paterno mask. She's with her husband, John.