Warm reception for cooler Top of the Park 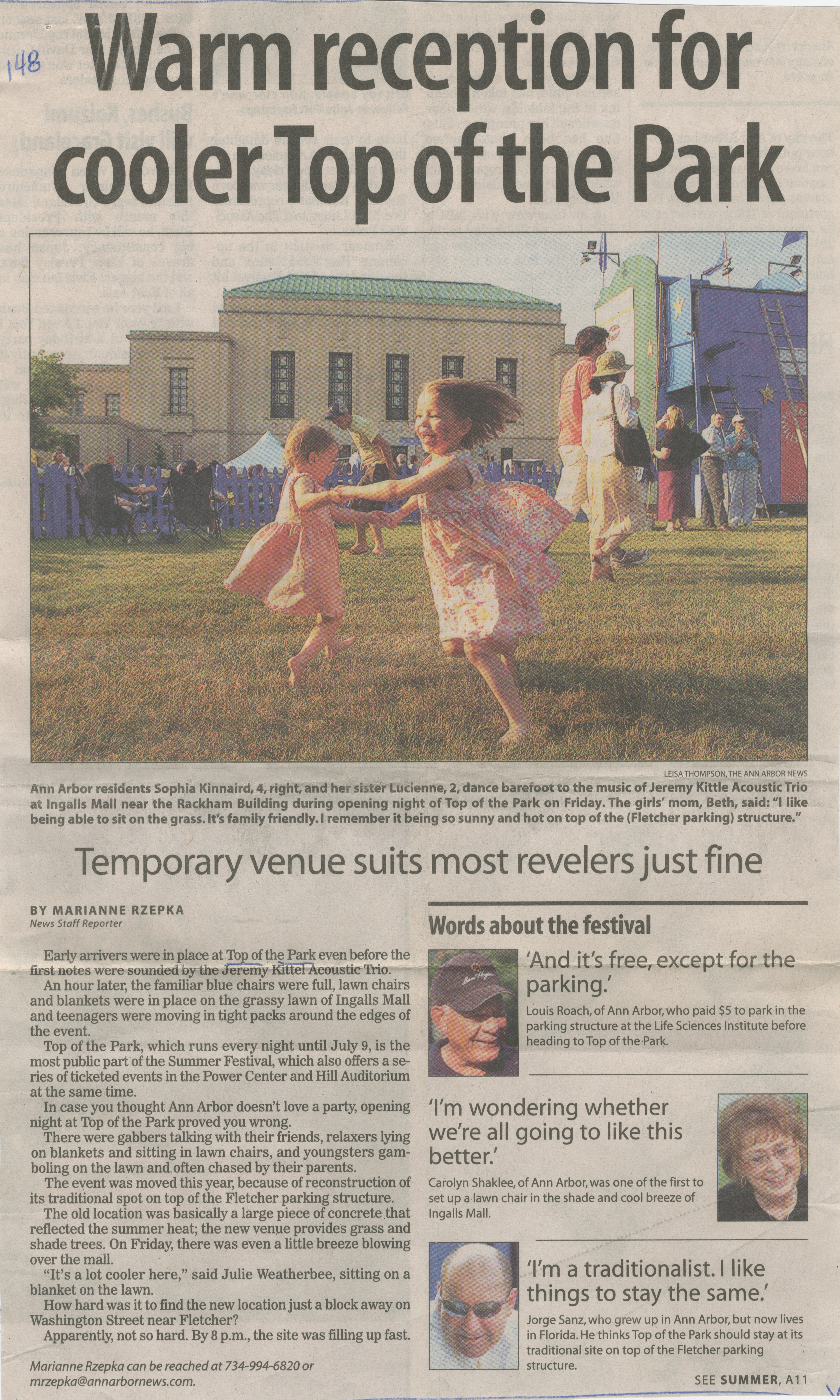 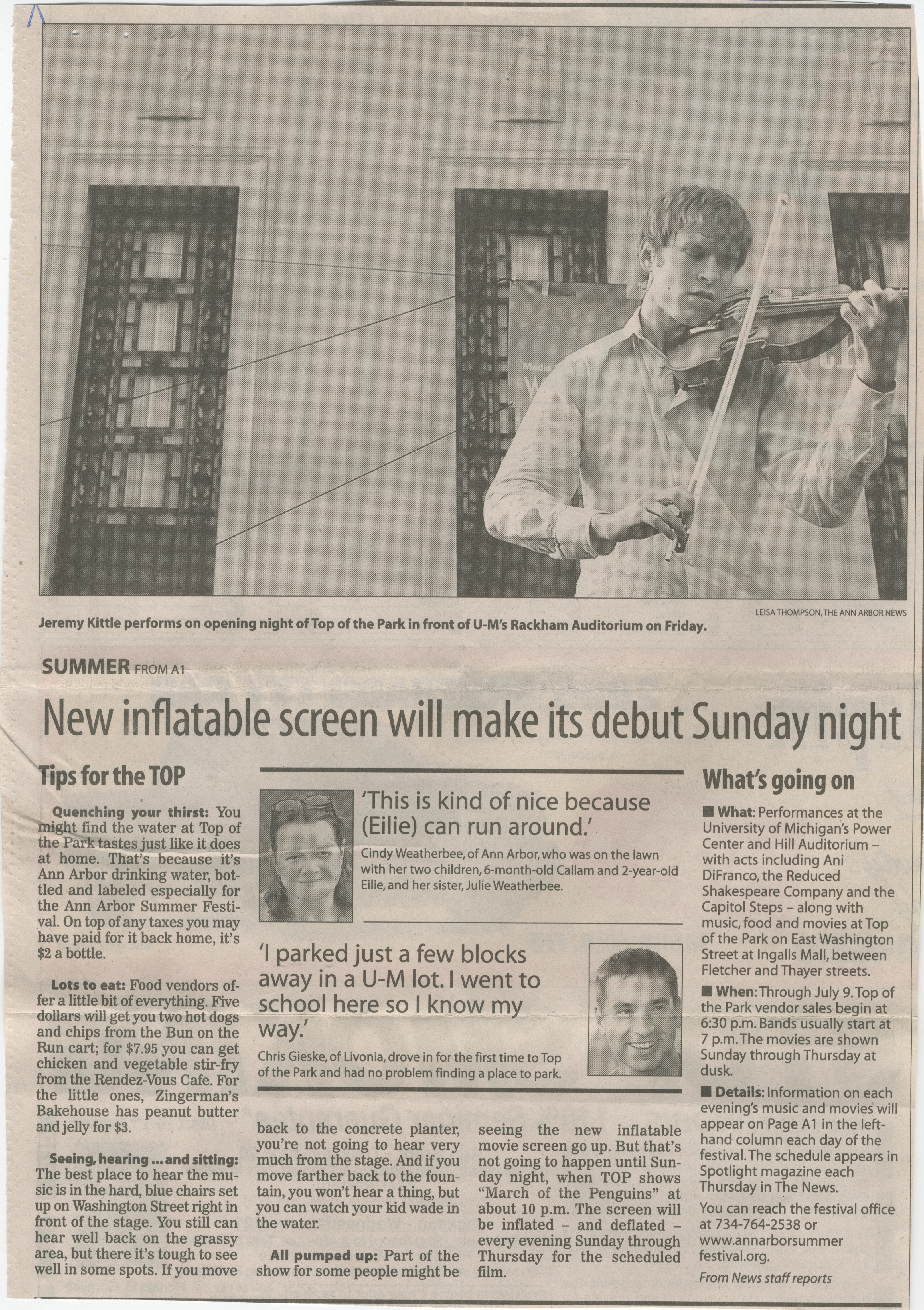 Warm reception for cooler Top of the Park﻿

Ann Arbor residents Sophia Kinnaird, 4, right, and her sister Lucienne, 2, dance barefoot to the music of Jeremy Kittle Acoustic Trio at Ingalls Mall near the Rackham Building during opening night of Top of the Park on Friday. The girls' mom, Beth, said: "I like being able to sit on the grass. It's family friendly. I remember it being so sunny and hot on top of the (Fletcher parking) structure."

Early arrivers were in place at Top of the Park even before the first notes were sounded by the Jeremy Kittel Acoustic Trio.

An hour later, the familiar blue chairs were full, lawn chairs and blankets were in place on the grassy lawn of Ingalls Mall and teenagers were moving in tight packs around the edges of the event.

Top of the Park, which runs every night until July 9, is the most public part of the Summer Festival, which also offers a series of ticketed events in the Power Center and Hill Auditorium at the same time.

In case you thought Ann Arbor doesn’t love a party, opening night at Top of the Park proved you wrong.

There were gabbers talking with their friends, relaxers lying on blankets and sitting in lawn chairs, and youngsters gamboling on the lawn and often chased by their parents.

The event was moved this year, because of reconstruction of its traditional spot on top of the Fletcher parking structure.

The old location was basically a large piece of concrete that reflected the summer heat; the new venue provides grass and shade trees. On Friday, there was even a little breeze blowing over the mall.

“It’s a lot cooler here,” said Julie Weatherbee, sitting on a blanket on the lawn.

How hard was it to find the new location just a block away on Washington Street near Fletcher?

Apparently, not so hard. By 8 p.m., the site was filling up fast.

Words about the festival

'And it's free, except for the parking.'

Louis Roach, of Ann Arbor, who paid $5 to park in the parking structure at the Life Sciences Institute before heading to Top of the Park.

'I'm wondering whether we're all going to like this better.'

Carolyn Shaklee, of Ann Arbor, was one of the first to set up a lawn chair in the shade and cool breeze of Ingalls Mall.

'I'm a traditionalist. I like things to stay the same.'

Jorge Sanz, who grew up in Ann Arbor, but now lives in Florida. He thinks Top of the Park should stay at its traditional site on top of the Fletcher parking structure.