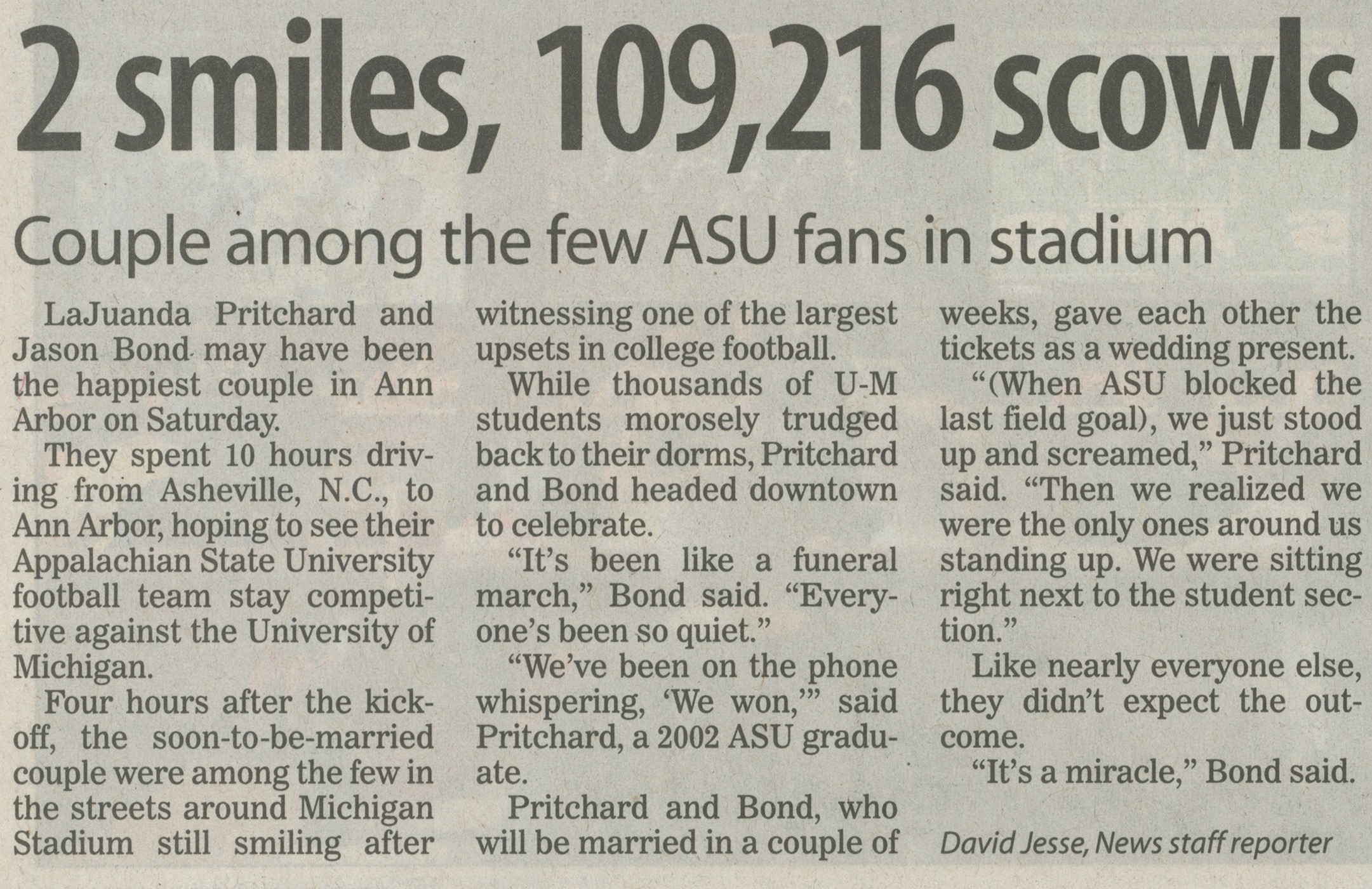 Couple among the few ASU fans in stadium

LaJuanda Pritchard and Jason Bond may have been the happiest couple in Ann Arbor on Saturday.

They spent 10 hours driving from Asheville, N.C., to Ann Arbor, hoping to see their Appalachian State University football team stay competitive against the University of Michigan.

Four hours after the kickoff, the soon-to-be-married couple were among the few in the streets around Michigan Stadium still smiling after witnessing one of the largest upsets in college football.

While thousands of U-M students morosely trudged back to their dorms, Pritchard and Bond headed downtown to celebrate.

“It’s been like a funeral march,” Bond said. “Everyone’s been so quiet.”

Pritchard and Bond, who will be married in a couple of
weeks, gave each other the tickets as a wedding present.

“(When ASU blocked the last field goal), we just stood up and screamed,” Pritchard said. “Then we realized we were the only ones around us standing up. We were sitting right next to the student section.”

Like nearly everyone else, they didn’t expect the outcome.