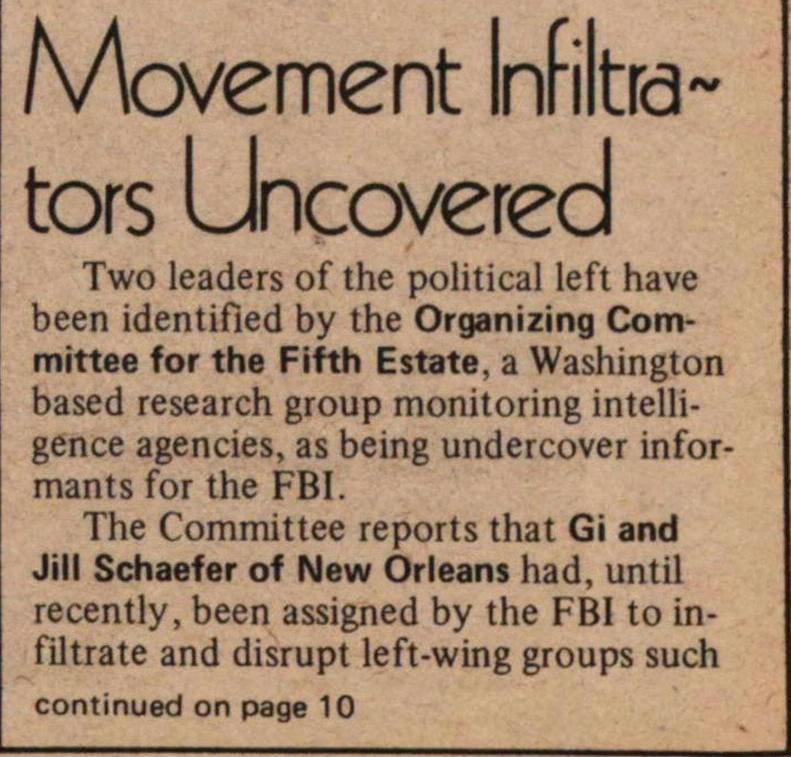 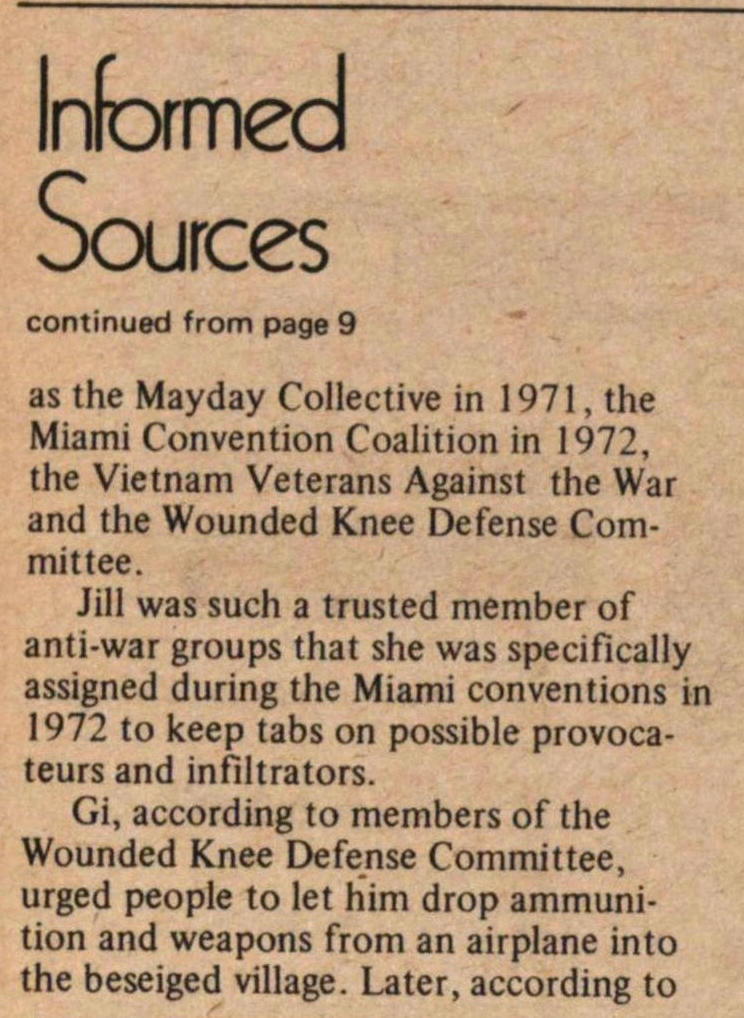 Two leaders of the political left have been identified by the Organizing Committee for the Fifth Estate, a Washington based research group monitoring intelligence agencies, as being undercover informants for the FBI.

The Committee reports that Gi and Jill Schaefer of New Orleans had, until recently, been assigned by the FBI to infíltrate and disrupt left-wing groups such as the Mayday Collective in 1971, the Miami Convention Coalition in 1972, the Vietnam Veterans Against the War and the Wounded Knee Defense Committee.

Jill was such a trusted member of anti-war groups that she was specifically assigned during the Miami conventions in 1972 to keep tabs on possible provocateurs and infiltrators.

Gi, according to members of the Wounded Knee Defense Committee, urged people to let him drop ammunition and weapons from an airplane into the beseiged village. Later, according to Defense attorney Ken Tilsen, Gi attempted to foster splits between the American Indian Movement and the local Oglala Sioux.

The Schaefers reportedly also participated in foreign visits to such countries as China and then reported back to the FBI.