The Dunbar Center, 420 North Fourth Avenue, named for African American poet Paul Laurence Dunbar (1872-1906), was a gathering place for the black community from 1937 to 1960. African Americans who grew up in Ann Arbor have vivid memories of the center, which played an important part in their lives. Director Doug Williams and his assistant, Virginia Ellis, offered a wide range of activities for children and adults, including tutoring, musical performances, cooking classes, adult bridge, and interpretive dancing.

In Ypsilanti, the Parkridge Community Center, on the corner of Harriet Street and Armstrong Drive, was built by the city for the people living on the south side of town. 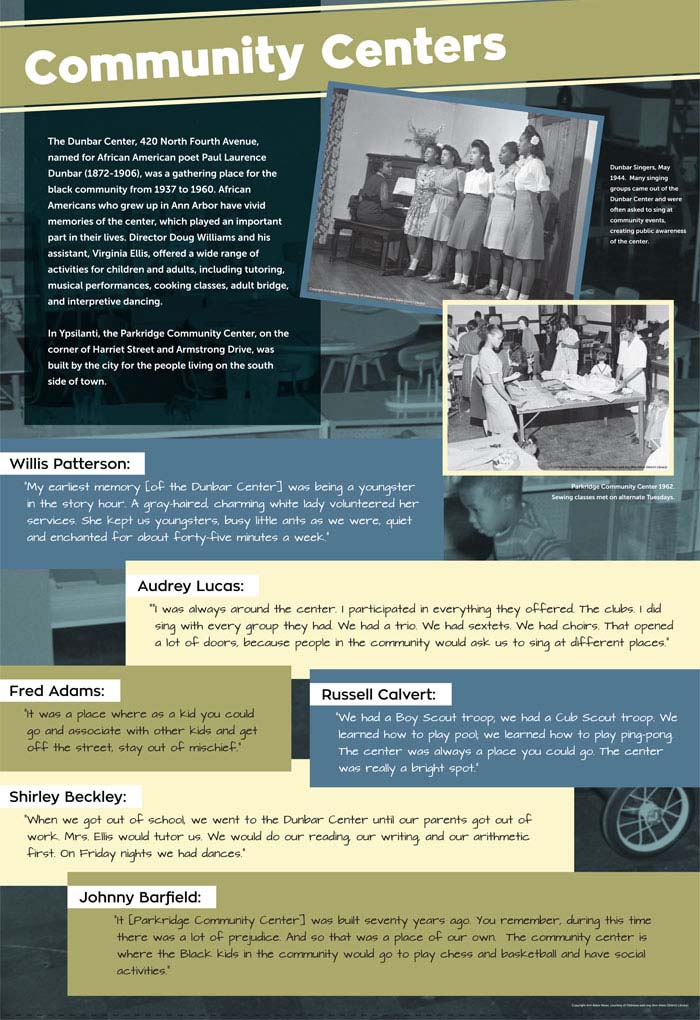