Ann Arbor never had segregated schools. The older people interviewed recall having, at most, one or two other Blacks in their classes. As the the African American population increased, Black children were clustered in the schools in the neighborhoods where African Americans were allowed to live, but there were still many white children in those schools. The largest contingent went to Jones (now Community High School) followed by Mack, Perry, and Northside. In Ypsilanti most Black children attended Harriet School. Children arriving from the South had to adjust to having white teaches, because the teachers in the segregated schools they came from were all African American. 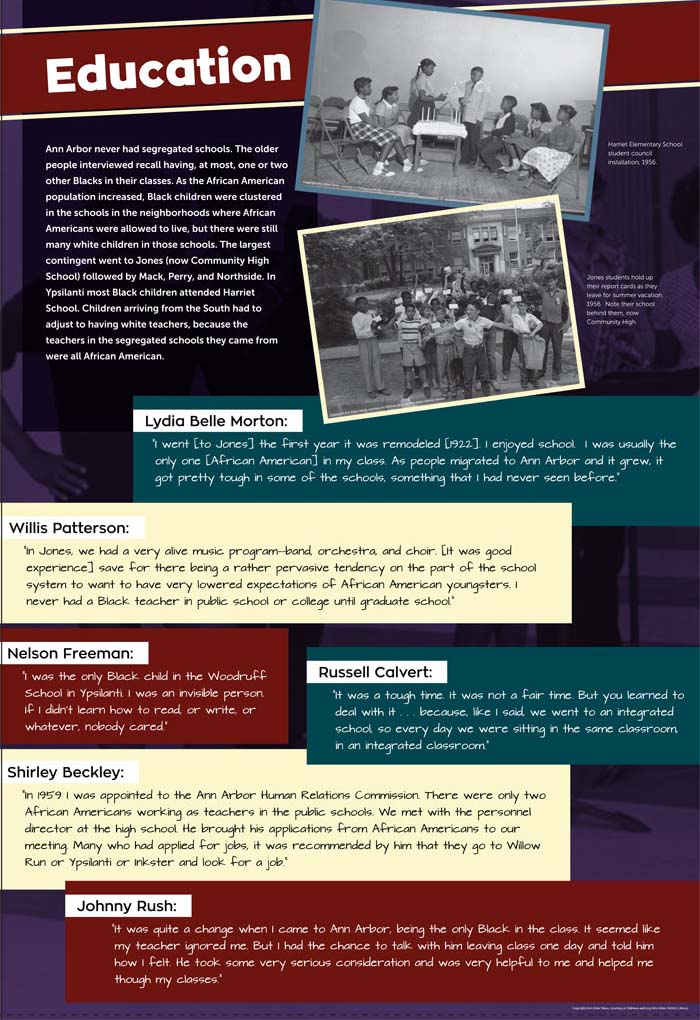