People who lived in the area before World War II remember having relative freedom to choose where to live. But when the war brought many Blacks to the area to work in defense jobs, there began to be clear lines designating where African Americans could and could not buy houses or rent apartments.

African American visitors were not accepted at local hotels, so they would be put up by the African American Community. Black college students also suffered from discrimination and usually lived with a Black family or in a Black room houses. Fair housing laws in the 1960s finally put an end to that, and many of the areas Blacks were relegated to are prime real estate today. 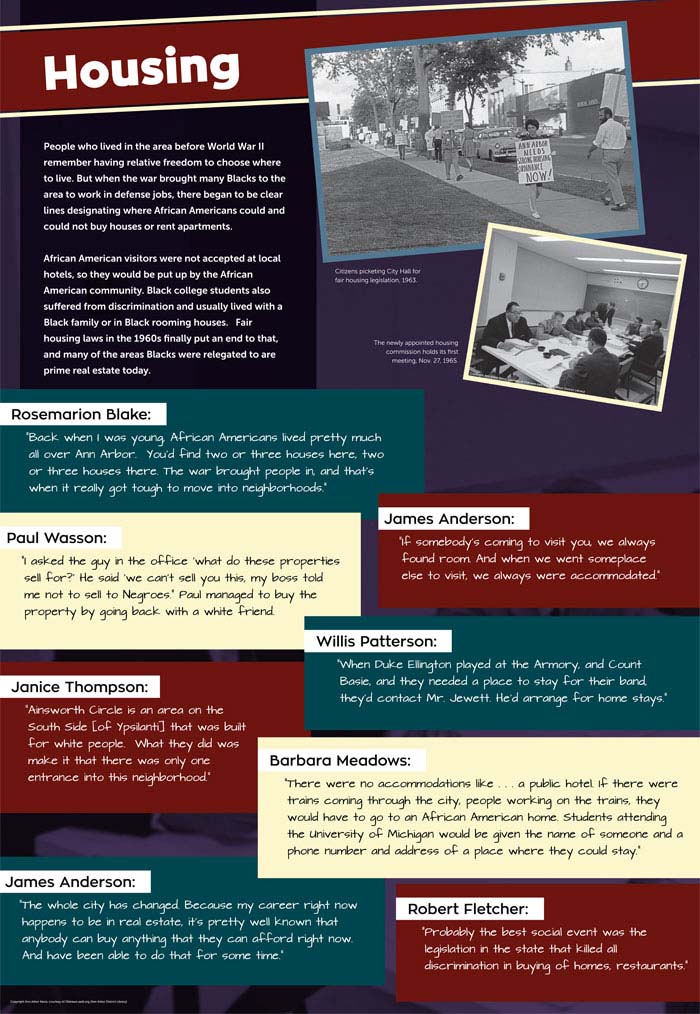