Mary McDade was born in Columbia, South Carolina in 1939, but grew up in Ann Arbor. Her parents Albert and Emma Wheeler were active in local politics and civil rights. As a college student, McDade helped found the University of Michigan chapter of the NAACP. She moved to Peoria, Illinois with her husband Joe Billy McDade in 1963. After raising four children, she built a career in law. McDade graduated from the University of Illinois College of Law and she has been a justice of the Illinois Appellate Court since 2000. 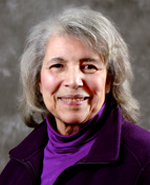 Alma Wheeler Smith was born in Columbia, South Carolina in 1941. She grew up in Ann Arbor, where her parents, Albert and Emma Wheeler, were active in local politics and civil rights organizations. Wheeler Smith made her name in politics as a Michigan State Senator for the 18th district. She was elected in 1995 after working on staff with her predecessor, Lana Pollack. She served full terms in the Michigan Senate and House, and remains politically active by serving on boards and working with Citizens for Racial Equity in Washtenaw.

Nancy Cornelia Wheeler was born in Ann Arbor in 1944 to Albert and Emma Wheeler. Inspired by her parents’ example, she participated in local civil rights protests and served in the Peace Corps in Peru. She graduated from the University of Michigan Law School and worked as an attorney at the Model Cities Legal Center for 16 years. Under her former married name, Nancy Francis, she served as a juvenile court judge and trial court judge for Washtenaw County until her retirement in 2014.

Jubal on a horse," but maybe somebody else would like to talk about that one.