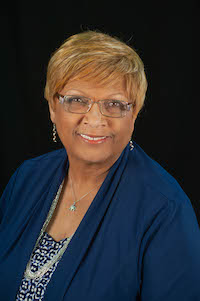 Laurita Thomas was born in 1950, and her family lived in southwest Detroit and Ontario, California. She attended the University of Michigan and pursued two master’s degrees from Wayne State University and Eastern Michigan University. Throughout her career, Thomas has pushed for better career opportunities for women and women of color. She worked at U-M for 47 years, eventually serving as Vice President for Human Resources. A survivor of domestic violence, she regularly shares her story and was president of the board of Safe House Center in Ann Arbor.