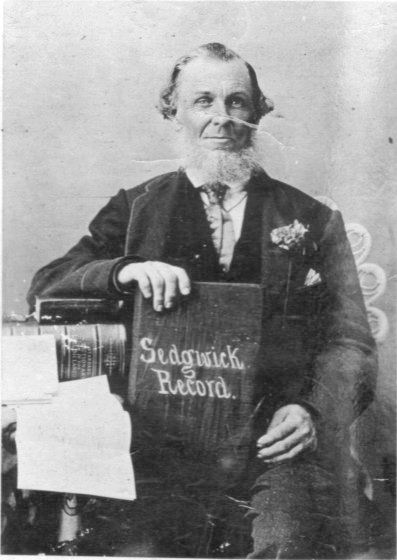 A large, enthusiastic crowd and a brass band at the depot greeted attorney George Sedgwick's return from Lansing with the new city charter. It called for four wards, a mayor, an eight-member common council, greater taxing powers, and authority to establish a police force. Since he was primarily responsible for the passage of the charter, Sedgwick was promptly elected the first mayor, but it took another twenty years for the city to establish a paid police force.