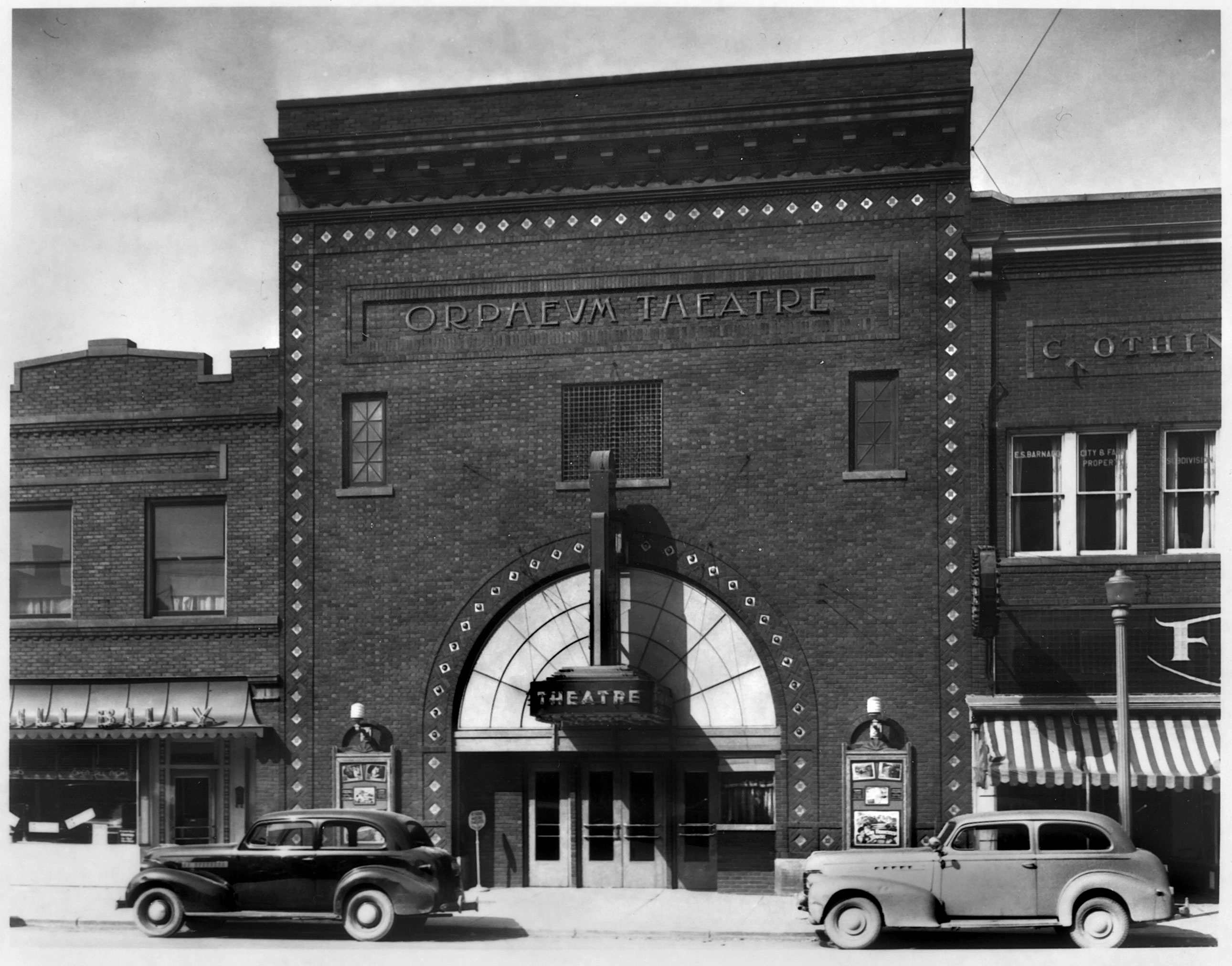 J. Fred Wuerth's Orpheum at 326 South Main Street was Ann Arbor's first theater built for movies, though it included vaudeville acts when it opened in 1913. In the next two years the Arcade opened on North University and the tiny Rae on West Huron. Wuerth then expanded his holdings by building a new business block next door to the Orpheum. His clothing shop was in the front with another movie theater—the Wuerth—across the rear, reached from Main Street by an arcade of small shops. The two theaters were at right angles to each other, sharing backstage space as well as one theater organ. When they both closed in 1957, the Orpheum was remodeled into a store and both buildings were covered with expanded metal mesh screening. The facade of the Orpheum (later Gratzi's restaurant) was renovated in 1985, but the original front of Wuerth's office building remained covered until 2005.