The Botanical Gardens on Iroquois

Primroses, Chinese chestnuts, and pinochle in the boiler room Since 1960, the U-M Botanical Gardens have been on Dixboro Road straddling Superior and Ann Arbor townships. But for forty-five years before that, they were in the heart of what is now Ann Arbor’s south side. The fifty-two-acre gardens off Iroquois, now Woodbury Gardens apartments, played an important part in university life from 1916 to 1961. “It was not landscaped for beauty but for [growing] specific plants,” recalls Chuck Cares, who later landscaped the present gardens. “There were pretty plants, of course, but no aesthetic principle was involved.” “Plants were grown for research, university classes, and decorations for university functions,” explains Dorothy Blanchard, whose mother, Frieda Blanchard, was assistant director from 1919 to 1956. Though “it was not a place for the general public,” Blanchard says, “visitors did occasionally come out and were shown around by Mother.” 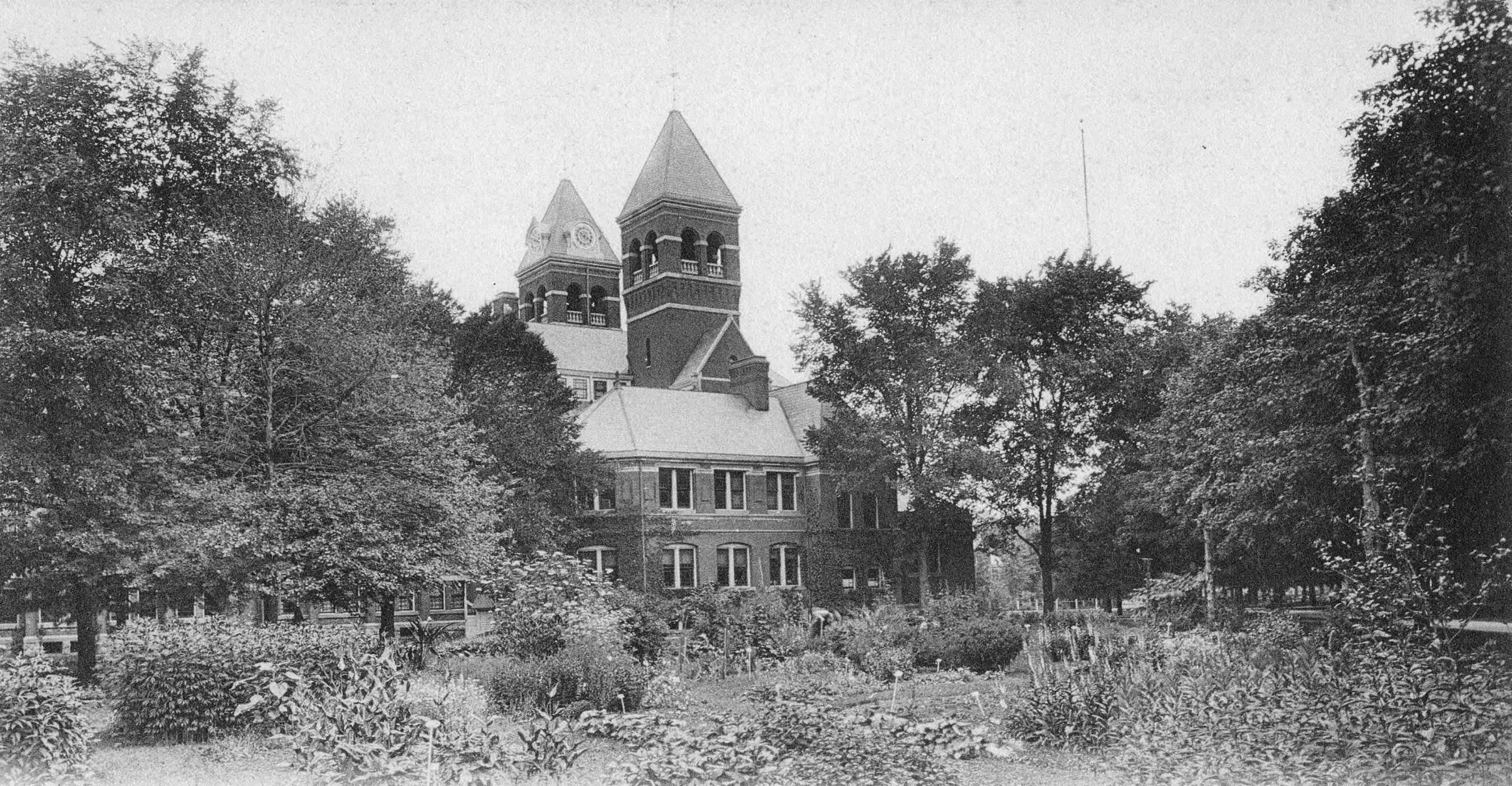 The original botanical gardens were right on campus in front of the old library, about where the Graduate Library now sits.

[Photo caption from book]: The original botanical gardens were right on campus in front of the old library, about where the Graduate Library now sits. “Courtesy Bentley Historical Library” [Photo caption from book]: Dorothy Blanchard’s kindergarten class looking at the giant chrysanthemums in one of the Iroquois site greenhouses, 1930s. Although not generally open to the public, Blanchard obviously had pull since her mother was the assistant director. “Courtesy Dorothy Blanchard”