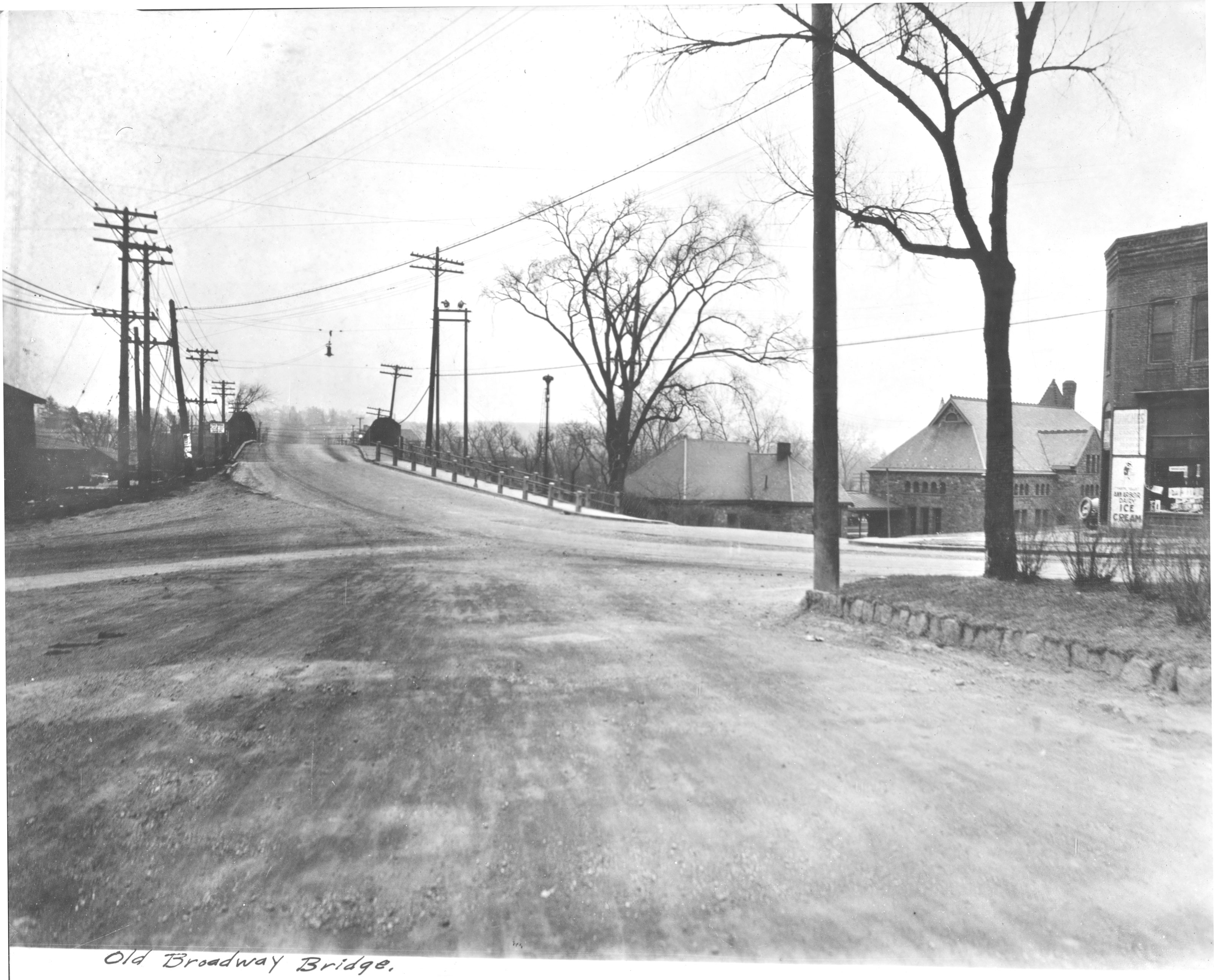 Trains brought coal for the gas works, shown on the left across Depot Street, as well as lumber for Selleck Wood's business (later Casey's Tavern), and supplies for other industries. The freight cars are parked next to Depot Street on "eam tracks" where a farmer or merchant could unload goods directly onto a wagon pulled by a team of horses. A large crane next to the tracks unloaded heavy cargo. A restaurant and saloon across from the station provided refreshment for travelers. The round tower supplied water for coal-fired steam locomotives. The curved tracks (far right) crossed the river to serve Sinclair's flour mill and the Agricultural Works. The tall portion of this old depot was later moved to Beakes and Fifth and made into a house. The first bridge over the railroad had been built by the time the new passenger depot, behind where you are standing, opened in 1887. As seen in the photo above, traffic heading east on Depot Street had to cross Broadway and descend Carey Street to reach the depot. The large building (far right above) was a hotel and saloon.