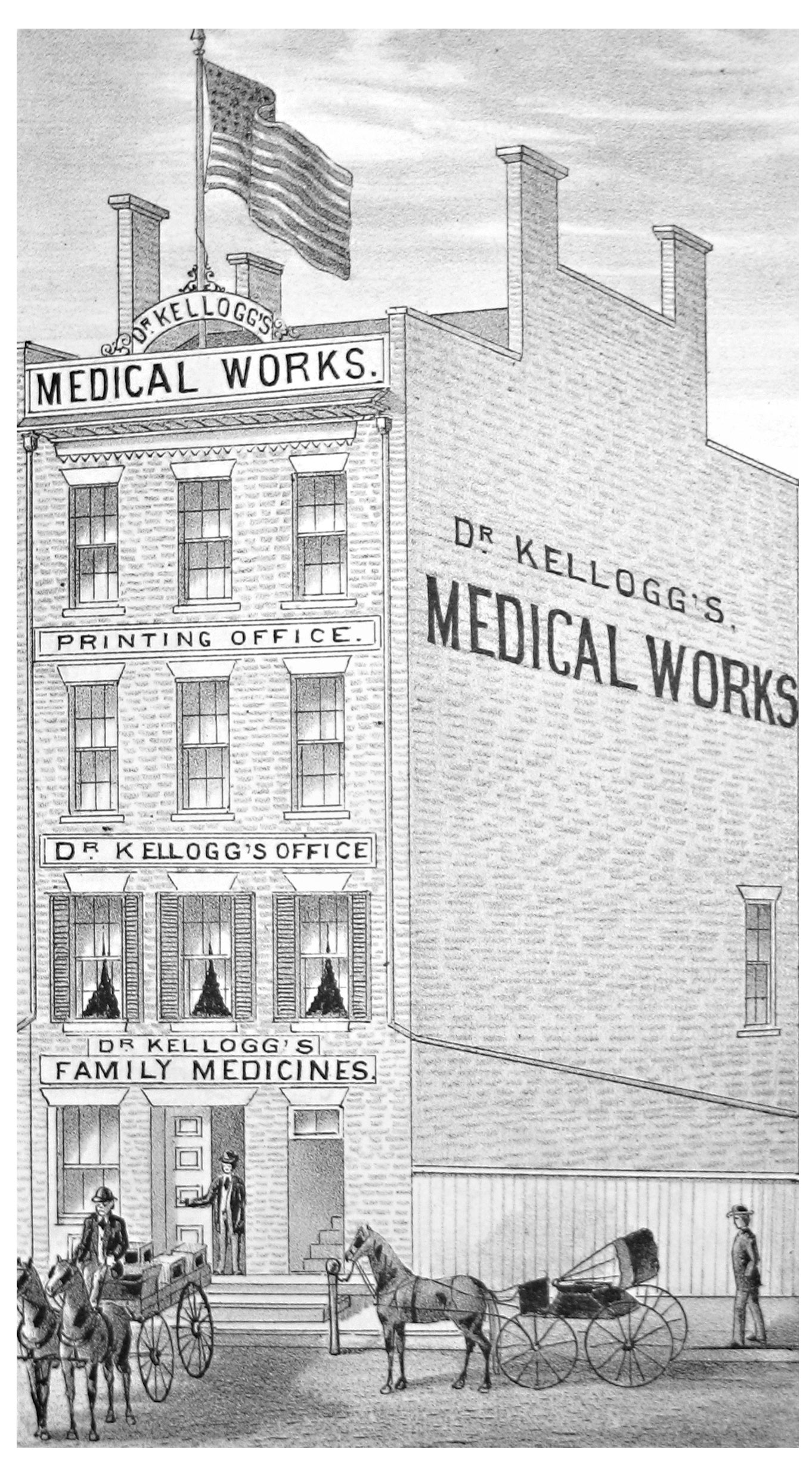 In 1865 Lower Town's most unusual citizen, Dr. Daniel B. Kellogg, a "clairvoyant physician," purchased the building to your right which then had four stories. Kellogg was a medium who performed his medical wizardry by "communicating" through the disembodied spirits of two Native American medicine men, Walapaca and Owosso. During trances, Kellogg claimed to see patients' internal organs in glowing electric tints. Letters arrived from all over the country seeking his aid. All that was needed for a mail order diagnosis was the patient's name, age, address—and the usual fee. To answer the demand for Daniel's cures, he and his brother Leverett marketed a line of family medicines, which included Kellogg's Liver Invigorator and Kellogg's Magic Red Drops. After Daniel died in 1876, Leverett continued the patent medicine business. Daniel's son Albert served as the new medium.