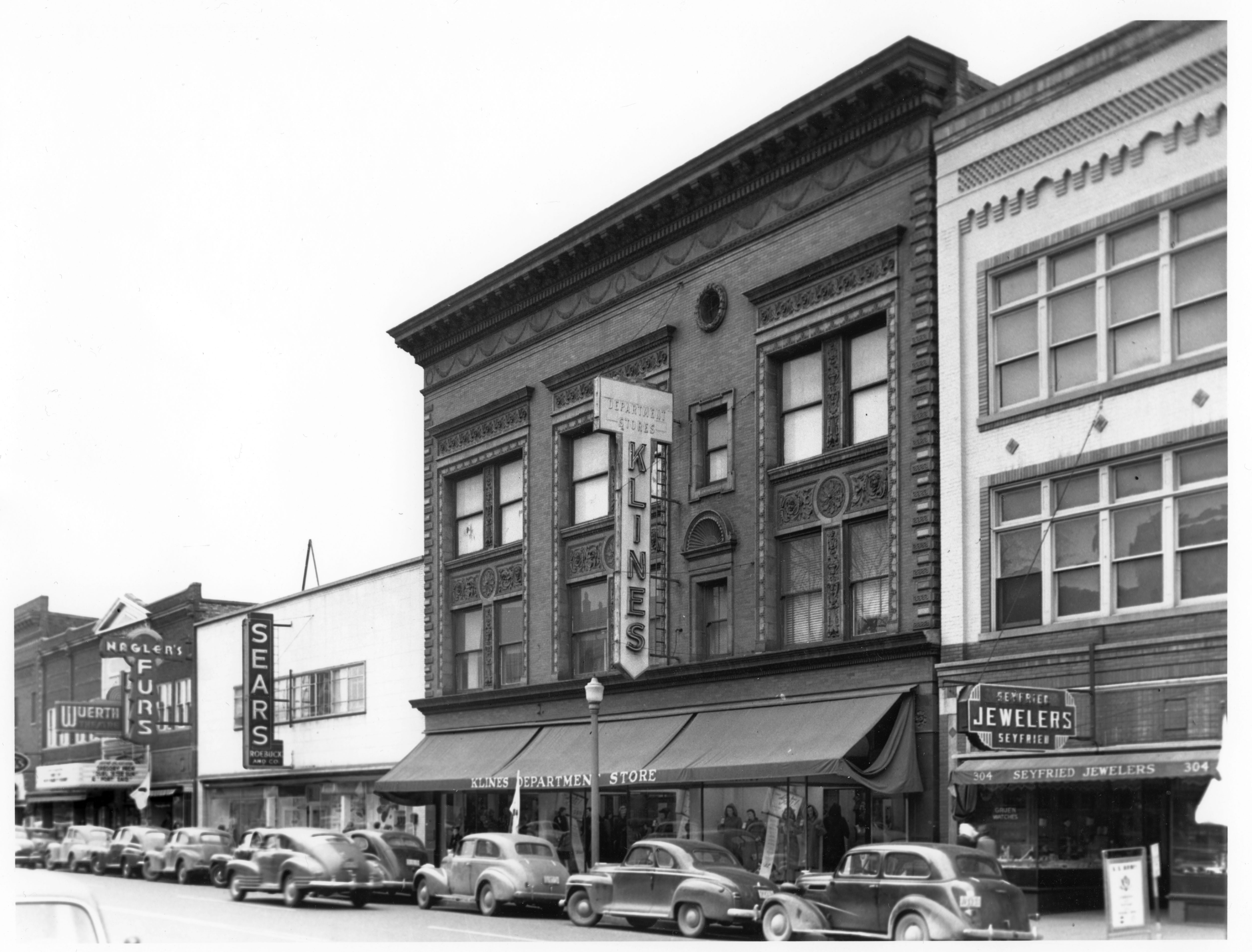 In 1930 Klines Department Store took over the entire Pratt Block. It was the first chain store to challenge local businesses like Mack & Co. with cheaper, mass-produced goods. Next door, Sears Roebuck built a sleek new store in 1940. Until the 1970s Main Street was able to support both chains as well as Goodyear's, the remaining locally owned department store. Sears left downtown in 1974 for the Briarwood shopping mall. Goodyear's closed soon after. Left to itself downtown, Klines expanded into the old Sears space before closing in 1994. By then, most of Main Street's stores had been converted from traditional service and retail businesses to restaurants, specialty shops, and galleries.