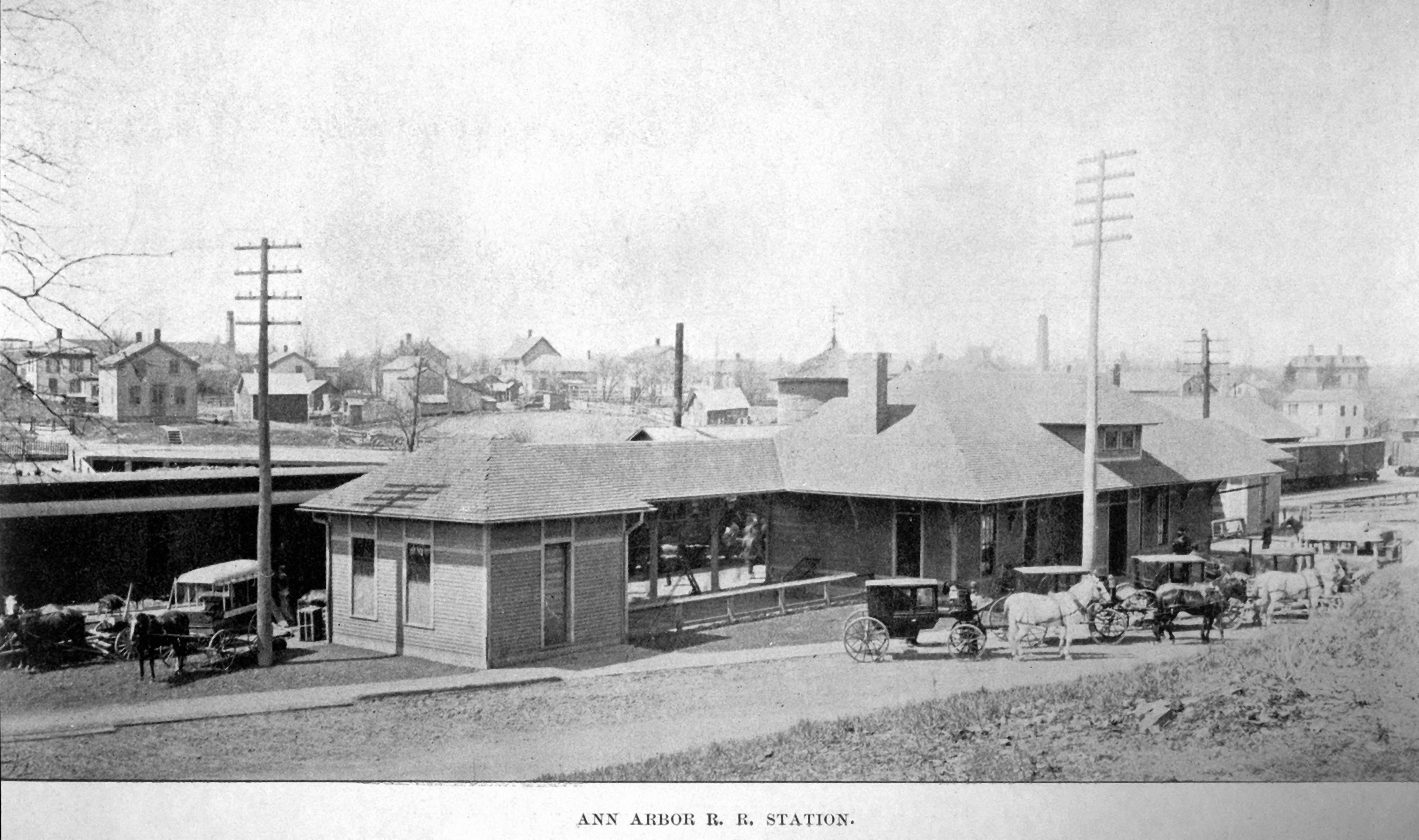 The Toledo & Ann Arbor Railroad reached Ann Arbor in 1878 amid festive celebrations. "Big Jim" Ashley, former lawyer, abolitionist, and Ohio congressman, was the driving force behind its construction. Always one to seize opportunities, Ashley pushed the line northwest to Frankfort on Lake Michigan, where his railroad-car ferries were the first in the world to cross a wide body of water.

A new depot was built in 1889 two blocks south of here on Second, soon renamed Ashley Street. The railroad's mainstay was freight. Local merchants had warehouses and sidings where coal, oil, and lumber were unloaded. Passenger traffic was also brisk, especially in summer with vacationers heading to cottages. In autumn football specials from throughout the Midwest brought fans, who disembarked near the stadium. During the game, the engines were turned around for the return trip. Horse-drawn ambulances met patients arriving for treatment at University Hospital. Passenger service ended in 1950, although freight hauling continued. In 1985, after a variety of uses, the depot became a preschool with an old caboose on its playground.