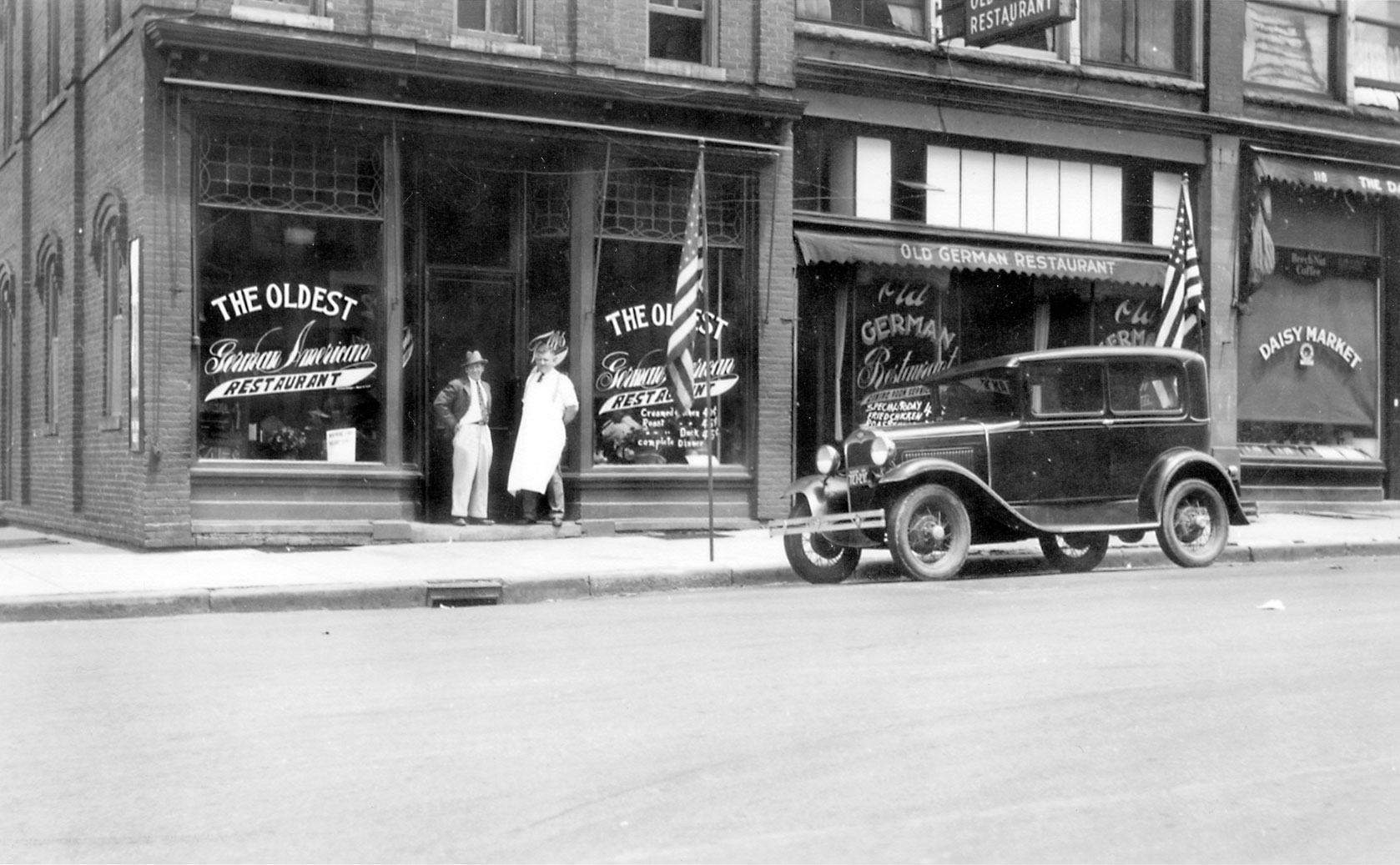 Wilhelm Metzger and Christian Kuhn had been in the U.S. for only a few years when they and Wilhelm's wife Marie rented the German American Restaurant from the Flautz family in 1928. The Metzgers, their two children, and Kuhn, a bachelor, lived on the floor above. Working from 6 a.m. to midnight, they served three meals a day, 364 days a year, closing only for Christmas.

In 1936, when the Flautzes returned from Germany, the Metzgers and Kuhn opened Metzger's German American Restaurant two blocks away at 203 East Washington. The "German American" was dropped as anti-German sentiment grew before World War II.

In 1946 Wilhelm Metzger's brother Fritz, who was operating the German Inn on West Huron, purchased the Old German Restaurant from Gottlob Schumacher. After 1950 Wilhelm's other brother Gottfried, who owned the Deluxe Bakery, supplied special dark pumpernickel bread to both Metzger's and the Old German.