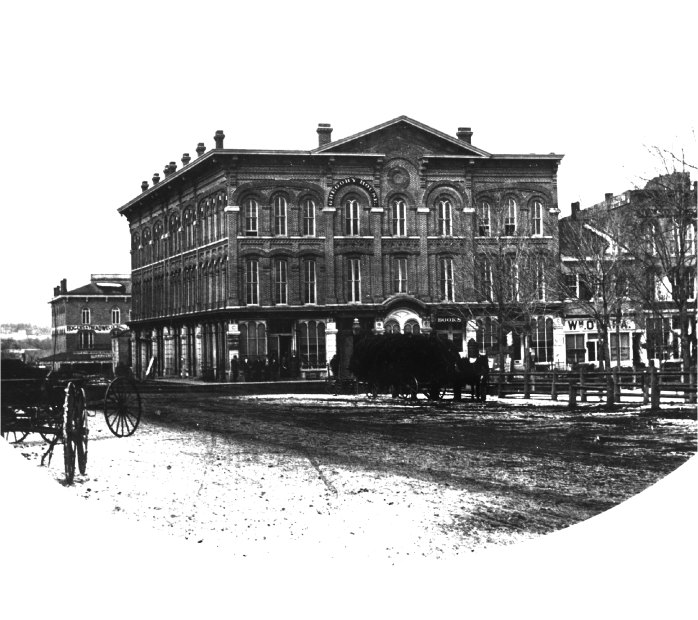 By the late 1870s, Ann Arbor was a thriving and prosperous business center. The streets facing Courthouse Square contained some of the town's grandest commercial buildings. Originally, the northwest corner of Main and Huron was the site of a small, two-story, log block house built by town founder John Allen in 1824. Later expanded and painted bright red, Allen's former home was called "Bloody Corners." It housed a tavern, inn, and store before being replaced by Ann Arbor's first large hotel, the "Franklin House." The imposing Gregory Block was built on this site in 1862. For over a century it provided space for a wide variety of establishments, including a hotel, banks, bars, bookstores, a post office, and Municipal Court offices. It became known as the Masonic Block when Masonic lodges occupied the second and third floors from 1885 to 1926. By the time of its destruction in a 1971 fire, the Gregory Block's rich architectural details had been hidden under a façade of blue and white metal panels. The present building was constructed in 1986.

Frame location: On Main and NE Corner of Huron