Crash of the interurban into the Farmers & Mechanics Bank, 1927 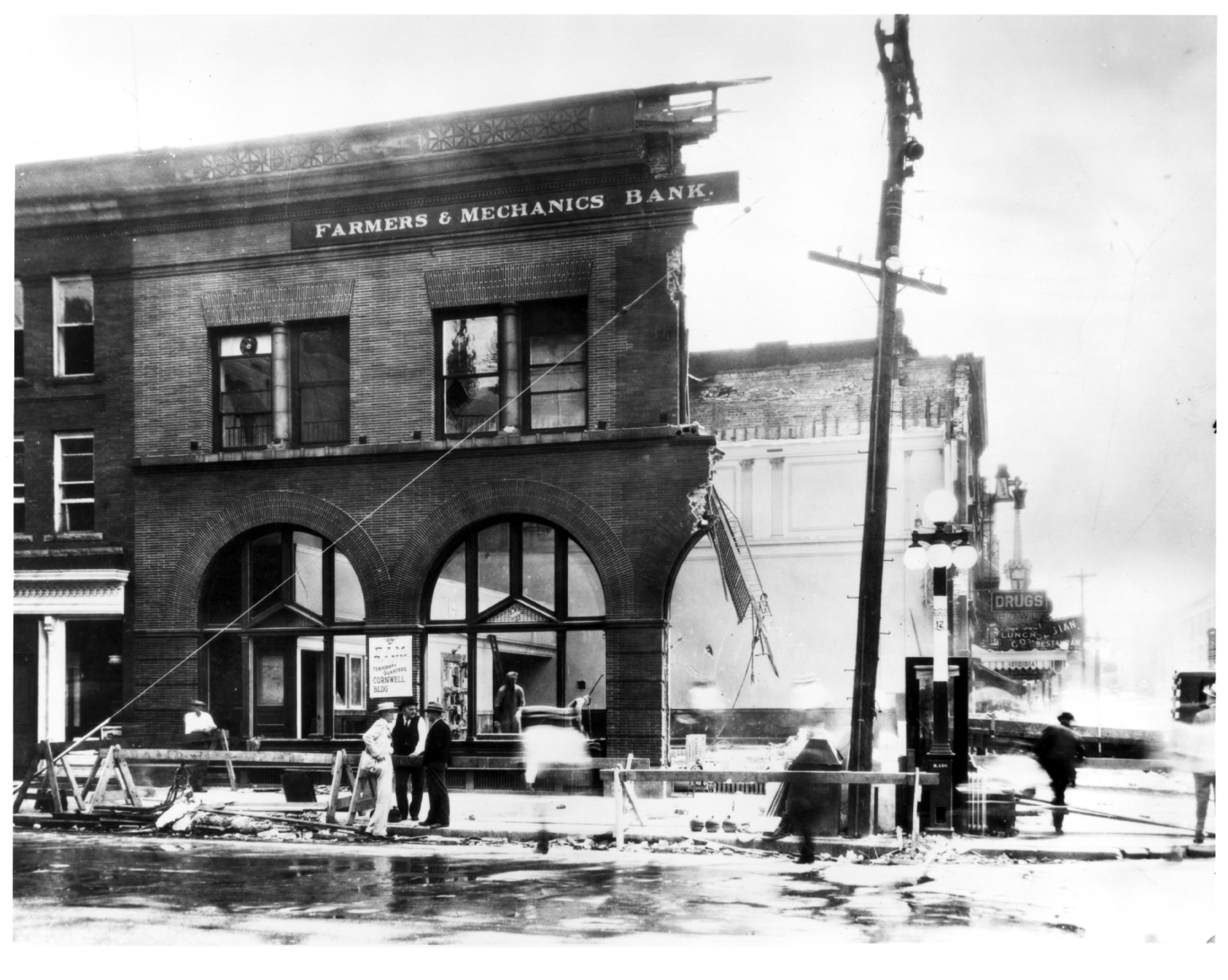 On a hot August night in 1927 four fully loaded interurban freight cars, parked near the County Fairgrounds (out Jackson Ave., where Veterans Park is today), broke loose from their couplings and began rolling back to town. Gaining momentum with every downhill turn of the wheels, they screeched around the Jackson-Huron bend, and careened through residential areas and under the Ann Arbor Railroad viaduct over Huron St. Climbing the grade toward Main St., the freight cars lost little speed. Where the tracks made a 90-degree turn onto Main St., the cars leaped the rails at forty miles an hour and smashed into the lobby of the Farmers & Mechanics Bank.

Late diners at Prochnow's Dairy Lunch next door were thrown from their seats by the tremendous impact. The walls bulged and bricks flew into the streets. Late patrons at Candyland on Huron St. and the Sugar Bowl Restaurant on Main St. rushed into the street and were showered with particles of dust and brick settling from the air.

Amazingly, nobody was seriously hurt. A director of the bank was on the scene afterward comforting officials and stockholders. "This is the largest deposit in the history of the Farmers and Mechanics Bank," he declared. "I hope we shall never have another like it."