Protesters at the New City Hall, 1963 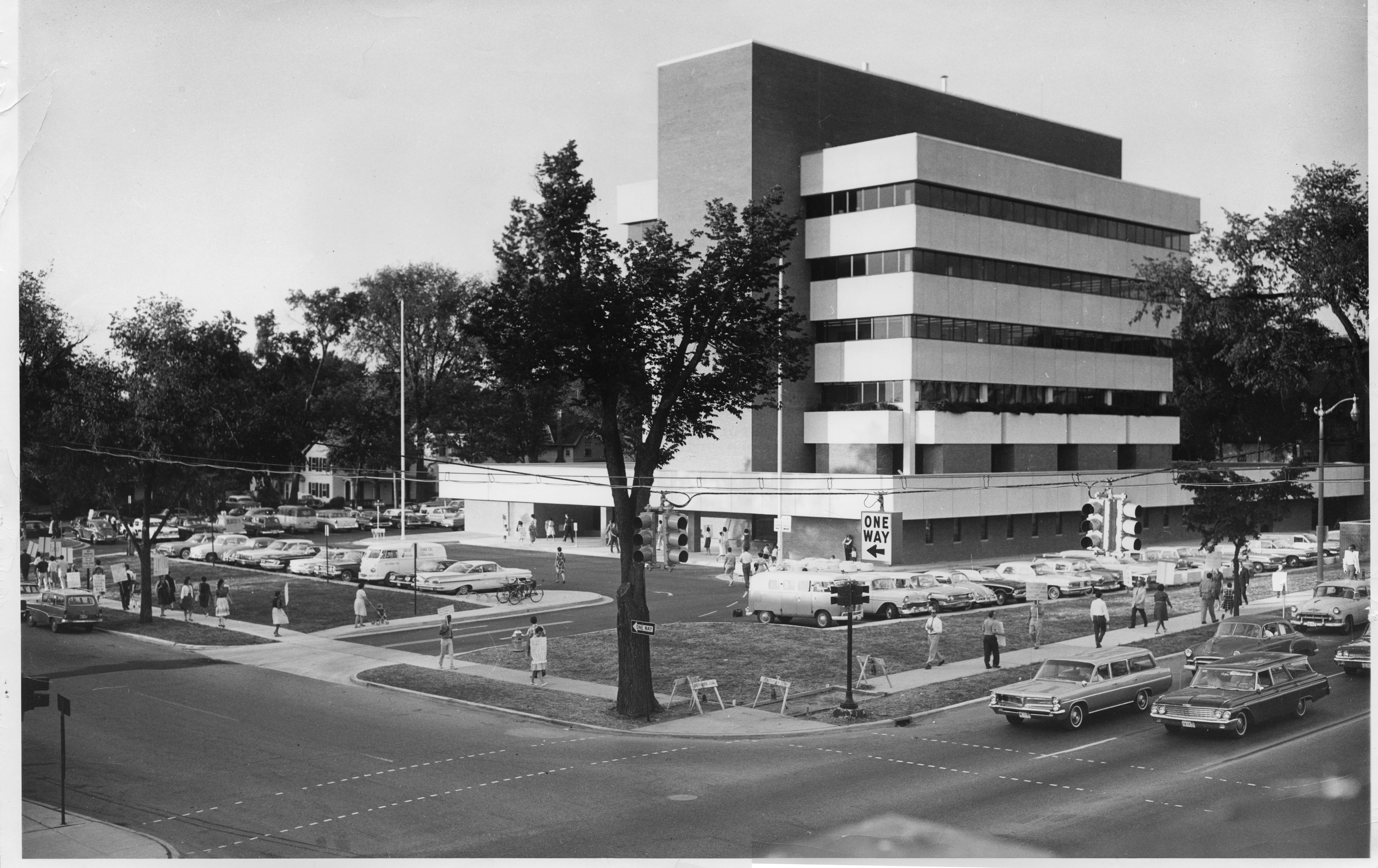 The 1963 City Hall, designed by architect Alden Dow, became an instant magnet for demonstrations. Even before landscaping was completed, picketers began protesting to end discrimination in rental housing based on race, creed, color, or national origin. Passage that year of the first fair-housing ordinance in the state reflected Ann Arbor's concern for civil rights and social issues. In 1956 a new charter had replaced a government run primarily by citizen committees with a professional staff led by a city administrator. A variety of municipal services — public housing, historic preservation, recycling, golf courses, and swimming pools — responded not only to population expansion, but also to new ideas of the role of local government. The new building gathered city departments, including police and the district court, at one location, but within two decades discussions began about additions or replacement.