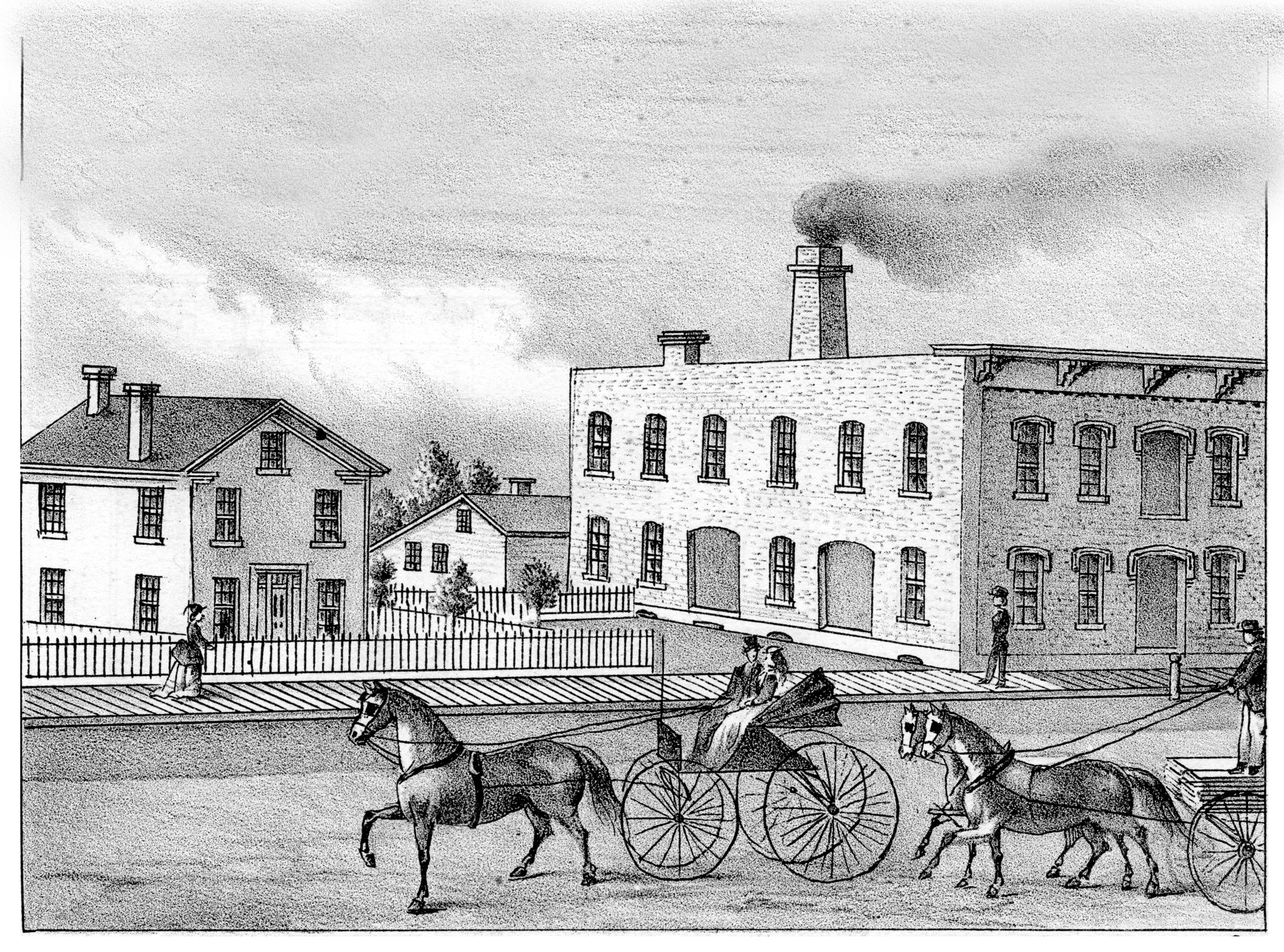 In 1869 John G. Miller built this large steam powered planing mill, which specialized in windows, doors, shutters, and gingerbread trim for the growing city. Detroit Street hummed with industrial activity that took advantage of the nearby railroad and lumberyards. Herman Krapf bought the mill in 1878 and ran it until 1905. Like Miller before him, he lived in the house on the left. E. J. Knowlton briefly rented space from Krapf to manufacture his nationally advertised collapsible "Universal Bath."

The automobile changed the neighborhood. A gas station replaced Schmidt's carriage factory at Detroit and Kingsley streets. At the Division Street end of the block, an auto dealership opened next to what had been the Ferguson Cart Company. In 1960 the Treasure Mart opened a consignment shop in the old mill. It was the first of many businesses that would become the Kerrytown shopping district.