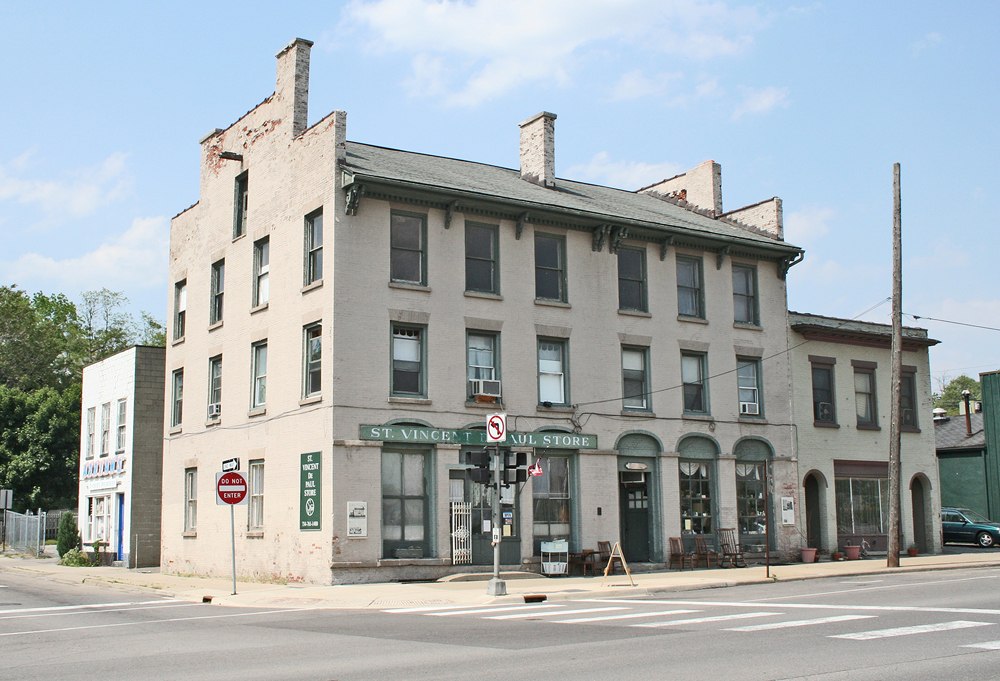 This building, the oldest surviving commercial structure in Ann Arbor, has a symmetrical front facade, and parapet end walls characteristic of eighteenth century Dutch-influenced buildings on the east coast. Hand-hewn timber framing of oak is visible in the attic.

Anson Brown had worked for seven years on the Erie Canal before he arrived with his fortune in Ann Arbor, where he became the principal landowner of Lower Town, north of the river. He wanted his business district to be the commercial center of a fine metropolis, and he named his streets Broadway, Wall, Maiden Lane after the major avenues of the Empire City of his native state. He erected as a merchandising center this building and two similar blocks (The Exchange Building and, across the street, the Ingalls Block, replaced in 1959 by a motel and restaurant). The Washtenaw Hotel nearby was one of the largest hotels on the route from Detroit to Chicago, a comfortable stop before crossing the Huron River. The new buildings were an attraction to trade, and Brown was successful in securing an appointment from the Territorial Governor to be postmaster of the town. His brief but intense rivalry with the "hilltoppers" for control of Ann Arbor's development ceased abruptly when Brown died in the cholera epidemic of 1834.

The upper town regained political dominance, the new University of Michigan drew development in that direction and the railroad came through on the south side of the river. Brown's building outlasted all the other commercial structures of his time and is the only survivor of the town he envisioned and partially built.

The well-maintained building, somewhat European in flavor, was owned by the Colvin family for more than sixty years until it changed hands in 1989.