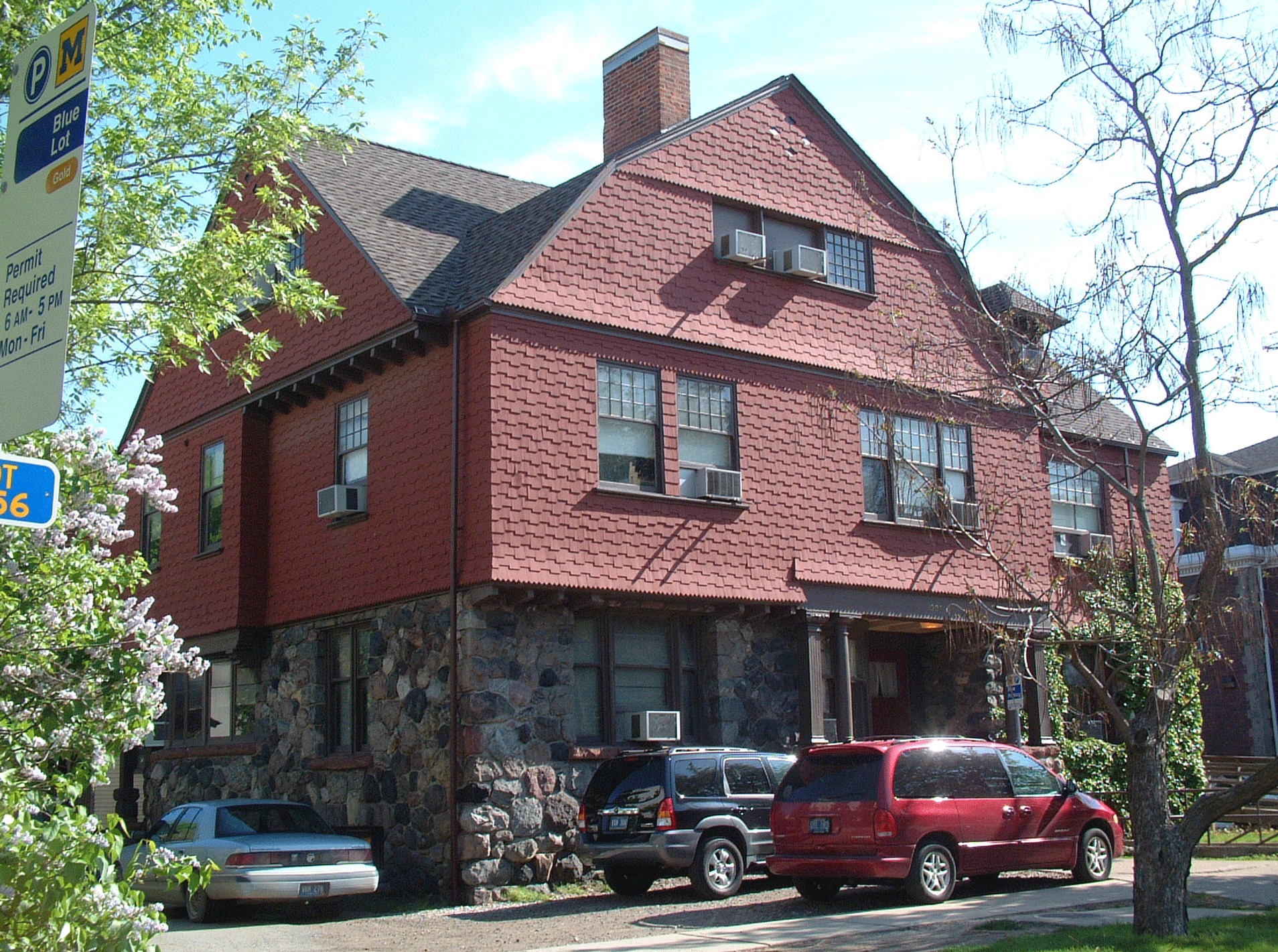 1007 East Huron Street Charles Whitman House, 1891 Creator: Whitman, Charles With its broad expanse of roof, the overall use of saw-tooth shingles and the multi-paned and curved glass windows on the first floor, this handsome house is an example of the Shingle Style rare in Ann Arbor. It was built by railroad tycoon and State Commissioner of Railroads, Charles Whitman, in 1891 in an eclectic style which combined features of the Dutch and Colonial Revival styles with a shingle overcoat. The simpler design and balanced proportions signal the waning appeal of the Queen Anne style, though it would be a decade before newer styles really took hold. The house still retains most of its original character including its round bowed windows on the first floor which is built almost entirely of cut-fieldstone, its multi-paned windows, and the unusual shingle pattern. The attached porte cochere on the west is also unusually distinctive. Emily Hollister, a visiting, nurse, commented in the July, 1891, entry in her diary that "lawyer Whitman is building a new place up the street to cost $1,000." Hollister also noted that Mrs. Whitman was very haughty and status conscious ???_ indicating their choice of house site was quite high class in 1891. So outstanding was the house at the time that it was featured in the 1896 Ann Arbor Headlight as one of the prominent homes in the city. Technological innovations, especially the invention of the automobile and the telephone, led to this neighborhood rapidly losing its appeal to the upper classes. In 1898 Whitman sold his home to the Chi Psi Fraternity. In the 1920s it became the Psi Omega Fraternity and in 1936 it was purchased for $75,000 by the Rackham Trustees of the University of Michigan to establish the Institute for Human Adjustment's Speech Clinic. Still owned by the University of Michigan, it has served since the 1930s in some capacity for the Institute. It was the Counseling Center in the 1970s and 80s and currently is the Center for the Child and the Family. Long recognized as an almost pristine example of the Shingle Style, the building received an award in 1976 from the Ann Arbor Bicentennial Commission.