The Adam and Anton Schaeberle Buildings, 1866 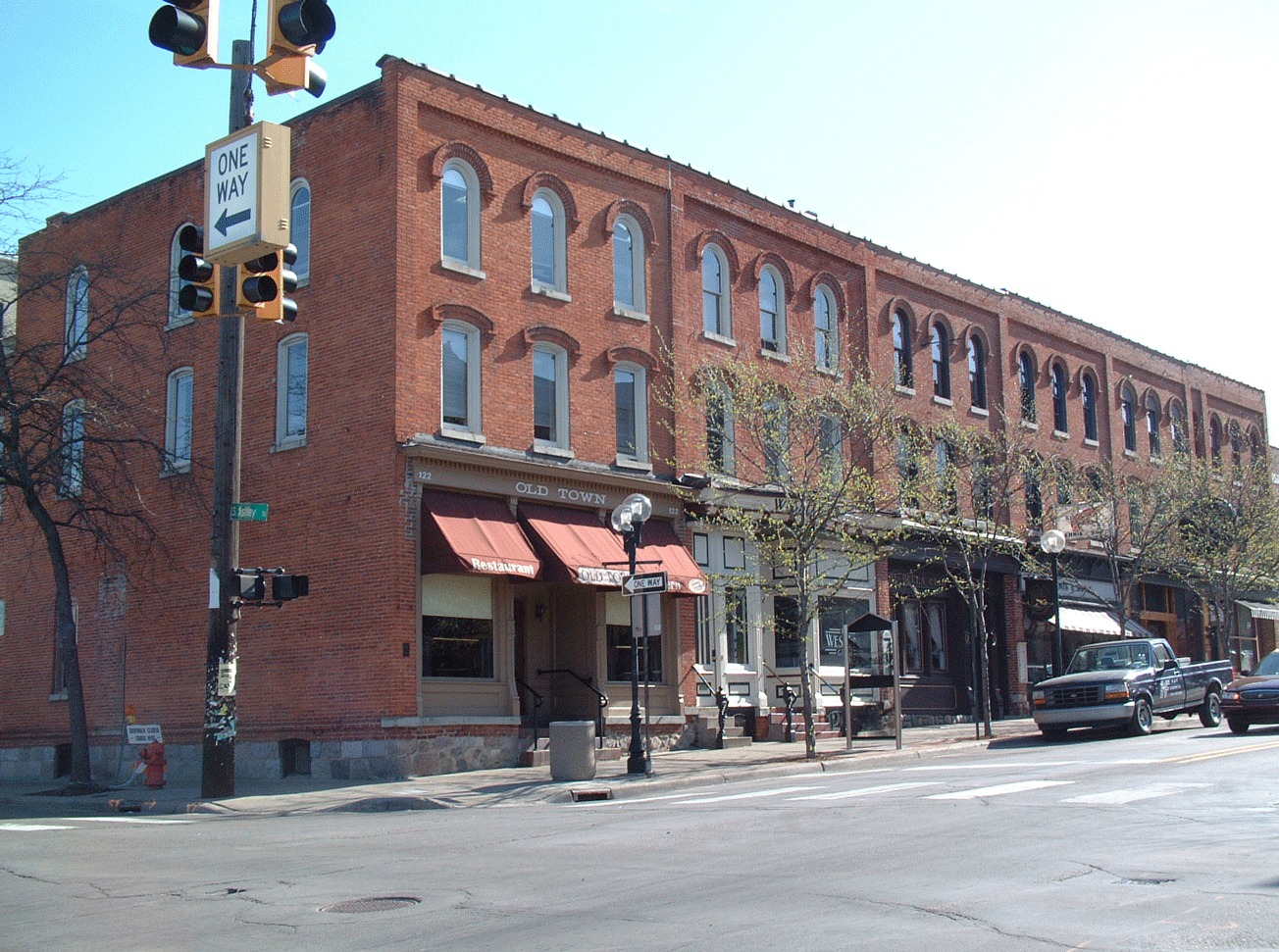 The Adam and Anton Schaeberle Buildings. 1866

The uniform architecture of this row of buildings belies the variety of the shops over its more than a century of use. Prior to 1865, small scattered buildings existed on these lots, owned by Adam and Anton Schaeberle. In 1868 the Schaeberles sold lots 114, 116, 120 and 122, retaining 118 for their own harness shop. Construction of the five buildings was begun by the Schaeberles and the new owners, George Huss, John Laubengayer, and probably Conrad Wetzel. By 1872 Jacob Binder had his meat market at 114, George Huss owned 116 which later became the Gauss Boot and Shoe Store, and John Laubengayer had a flour and feed shop at 120 and 122. Upper floors were used as residences.

By 1883 the building at 112 had been remodeled to conform to the other five, with the space between filled in (note the narrow windows on this section). An elaborate cornice with carved brackets once capped the unified structure of commercial Italianate style. The buildings had stone basements, exterior brick walls one foot thick, and pressed metal ceilings. Later the buildings were extended 22 feet into a former alley.

The five buildings are still individually owned. Ehnis & Son, originally a harness maker, now a work clothes store, has been at 116 since 1913. The Round Table Restaurant, a popular dining spot for businessmen, bankers and lawyers, moved from West Huron Street to 114 in the early 1960s. While one regrets the removal (a few decades ago) of the fine cornice, recent cleaning of the brick and rehabilitation of the store fronts have restored a handsome aspect to this row of buildings.