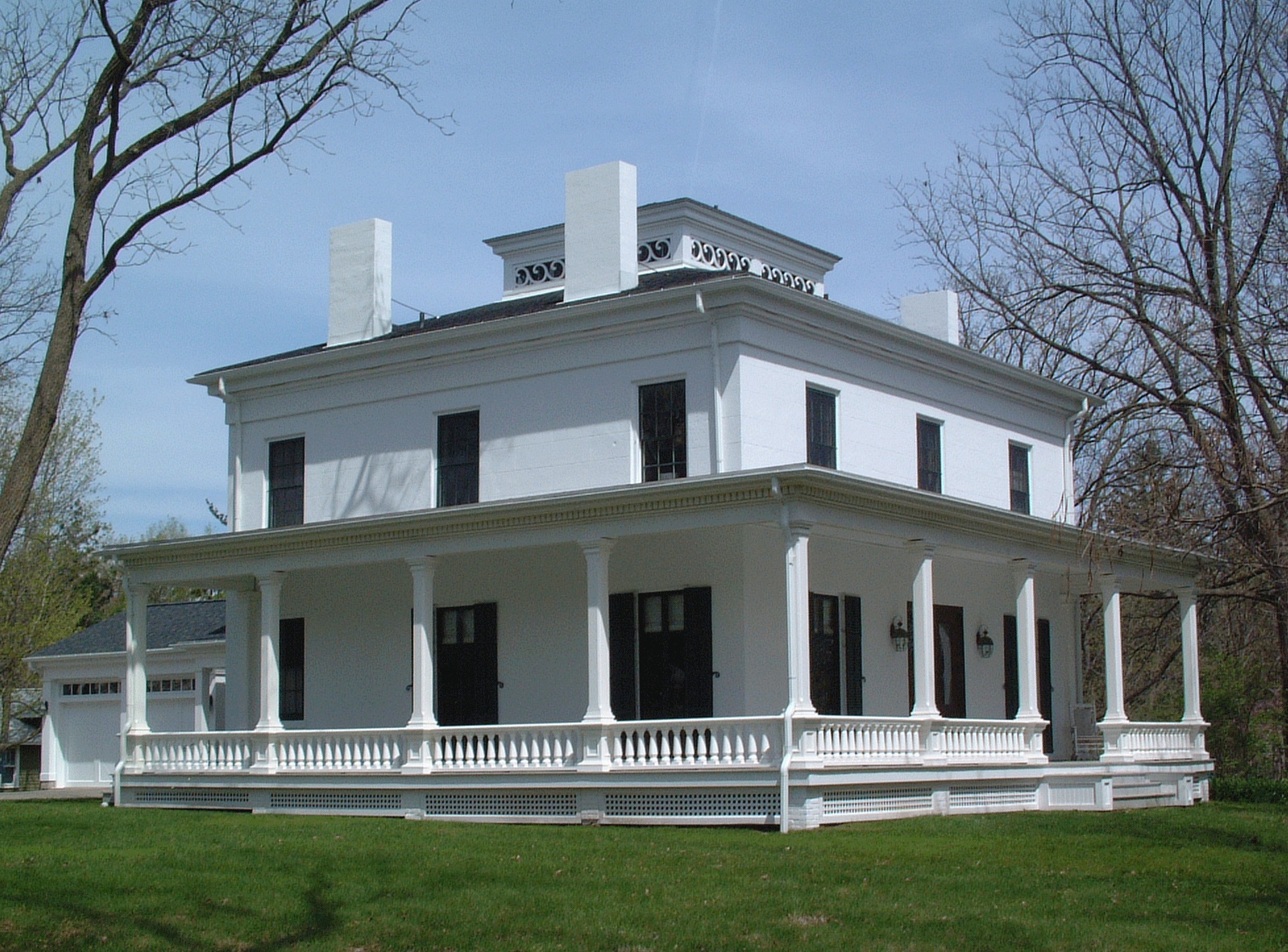 Ten years after Jonathan Lund and his wife arrived in Ann Arbor in 1837 they built this large and gracious Greek Revival house with its sweeping view of the Huron River valley. A matter of interest at the time and to historians since is the fact that the stucco was mixed with barrels and barrels of skim milk to give it a particularly adhesive quality. The builders, Robert and John Davidson, finished in time for the Lunds to celebrate Thanksgiving in their new home.

The fine details and fixtures of the house aroused envy and exaggeration in the village. Known as "The Place" during the years when the Lunds were famed for hospitality, the house was surrounded by gardens and groves. White pillars at the street marked the entrance to the drive. Peacocks strutted on the lawn; turkeys and Spanish chickens scratched among the bushes. Family letters tell of an excess of cream, eggs, and strawberries which were sent into the village for sale.

Lund was a man of many enterprises. He built the first paper mill on the river in Lower Town, manufacturing papers for books and tobacco, as well as colored and wrapping papers, which were sold in Chicago and beyond. In the 1850s Volney and Charles Chapin, father and son, bought into the firm and another mill was constructed at Geddesburg, a small town on the Huron River east of Ann Arbor. The partnership was a happy and prosperous one until ill health forced Lund to sell in 1858. Lund's office was an attractive little building with classic columns which stood for many years at the northwest approach to the old Broadway bridge.

After Lund's death the house passed through a number of hands and in the 1890s the Weeks family purchased it. Weeks wrote that he so much appreciated the plantings and flowers that one fine Decoration Day he filled his carriage with flowers and placed them upon the Lund graves.

In 1908 young Fremont Ward came to Ann Arbor to supervise the construction of the Main Street Post Office. He and his wife Flora spied the house on an evening's walk, admired it, bought it, and settled in Ann Arbor, remaining in the house for nearly half a century. Early in the 1930s they divided the home into apartments without affecting the outside appearance. In 1936, in one of the apartments, University student Arthur Miller regaled an election night faculty party with humorous readings from some of his recent "finger exercises."