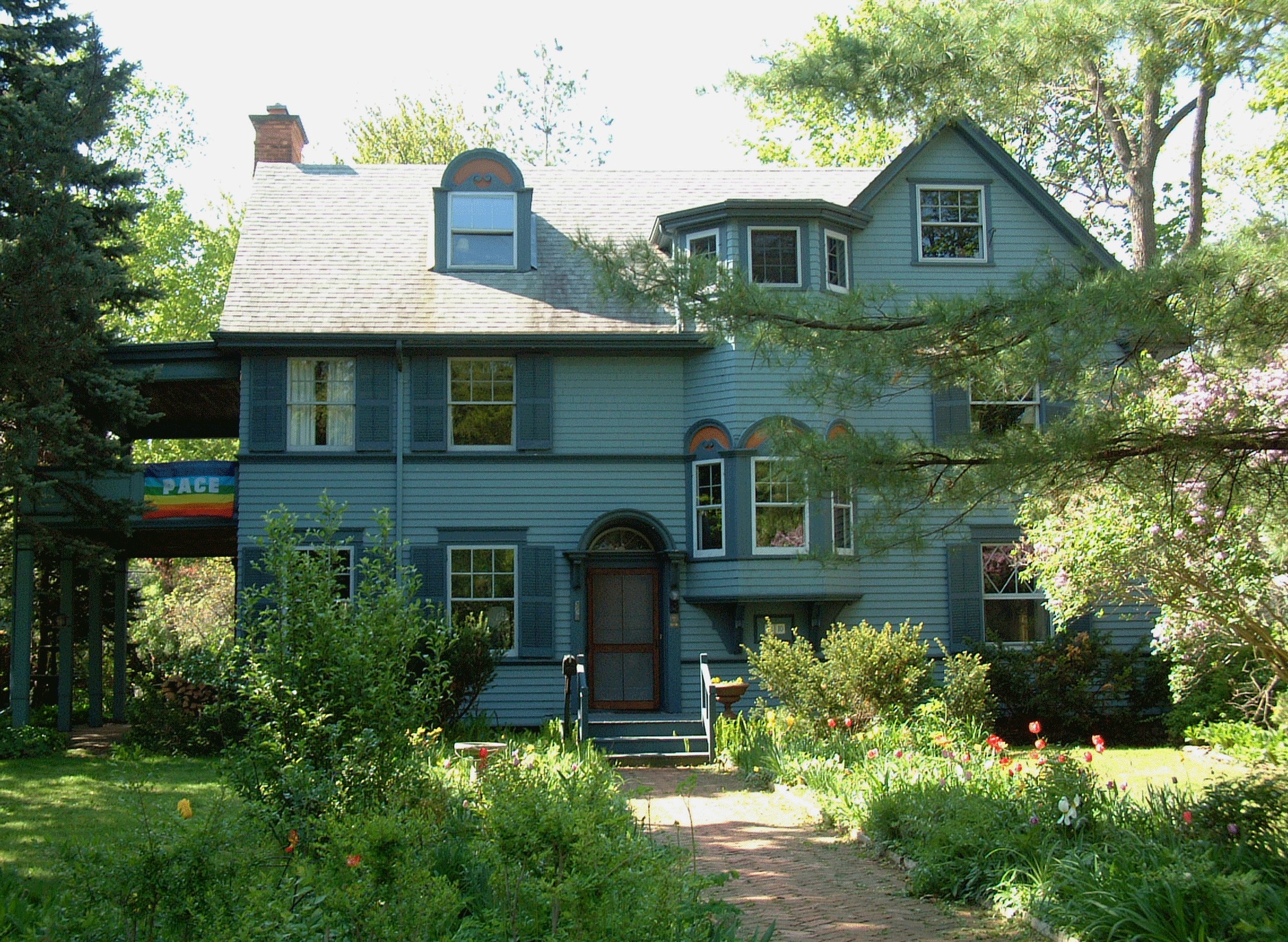 Ralph Latimer, when writing about Ann Arbor architecture in The Inlander of 1901, drew particular attention to several of the houses recently constructed on Hill Street, remarking that "the residences of Mr. Rolfe and Dr. Freer are also good examples of houses in quite a different style (than the colonial) and are particularly pleasing in their air of solidity and competence to meet the climatic conditions of the place; though largely built of wood they look strong, warm and comfortable and have not that air of summer cottages unoccupied during the winter which is so depressing."

This house, with its intentional asymmetry, its half gable interrupted by a turret with no tower, and its use of many different size windows in odd relationships, was designed by the well-known Chicago architecture firm of Pond and Pond for the equally renowned Professor Paul C. Freer, Director of the Laboratory of General Chemistry. Pond and Pond was an architecture firm consisting of two brothers, Irving Kane and Allen Pond, sons of local newspaper editor Elihu Pond. Other buildings in Ann Arbor designed by them include the University of Michigan Union, the Women's League, the Student Publications Building, the first YMCA Building at 110 North Fourth Avenue, and several private residences.

Professor Freer only remained here four years. In 1901 he was soliciting renters for his house: "We built it four years ago. It contains ten rooms, hardwood floors, laundry in the basement, a 30x15 living room, large fireplace, and a 20x20 veranda opening off the living room with an awning protected by vines... The dining room is alt Deutsch... The rent will be fifty dollars a month, and if necessary, I am willing to lease it for two years."

Freer sold the house in 1902 to professor Albert Stanley, head of the School of Music, and his wife Emma. After five years, the Stanleys sold it to insurance agent Chauncey Shearer, and his wife Louise, who made it their home and their daughter's until the early 1970s. Since 1972 it has been the home of Professor Frank Casa and his wife Julie who have received awards for their preservation efforts and maintain a beautiful garden in front.