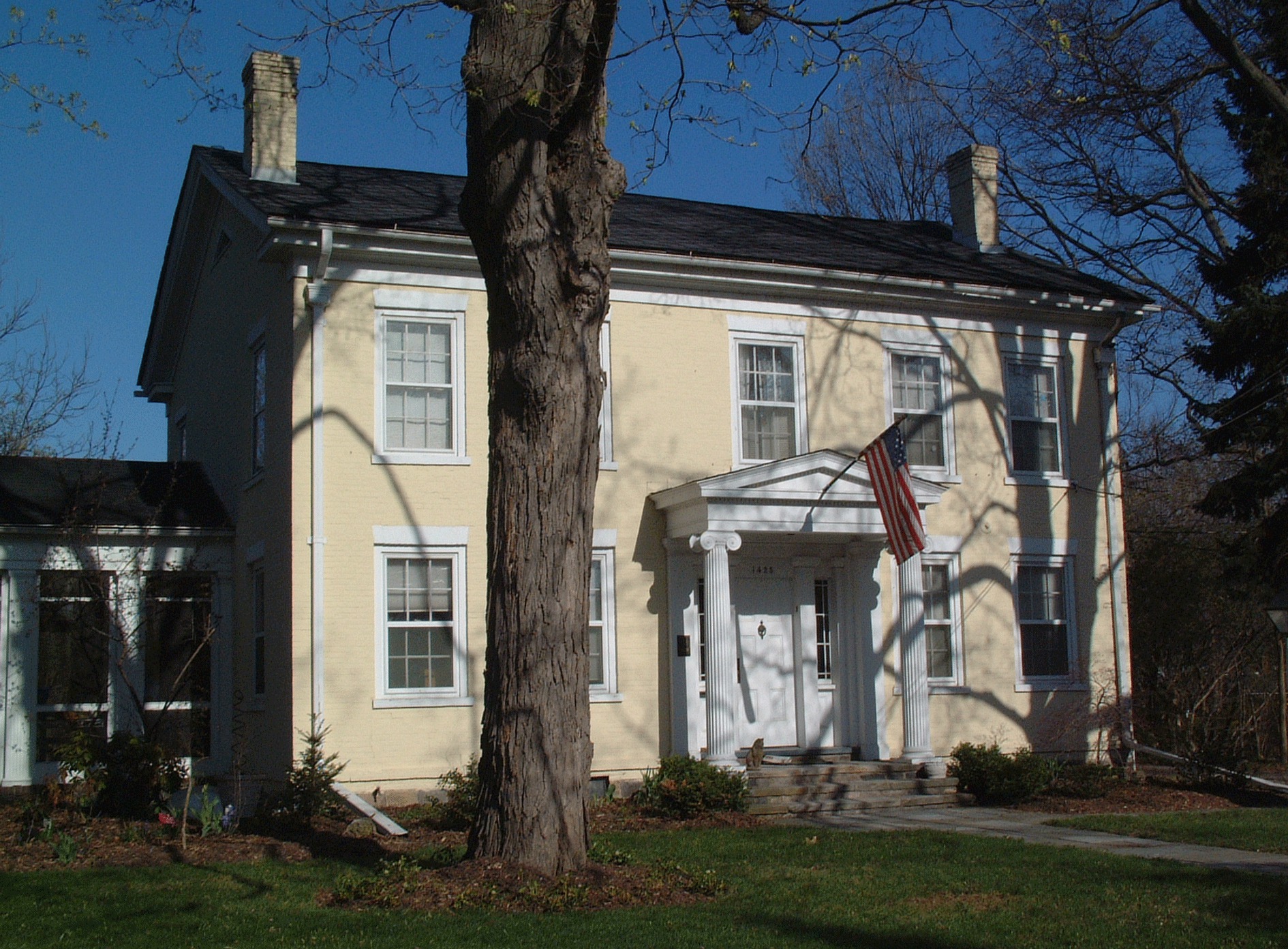 The Reverend Guy Beckley, a devout abolitionist, came to Ann Arbor in 1839 with his wife Phyla and their eight children. In 1840 he purchased 28 acres of land adjoining the farm owned by his brother Josiah, to whom he sold all but the plot on which this house stands.

The New England Georgian style of this house is unique in Ann Arbor. The walls are sixteen inches thick and made of field stone in the first story, bonded and veneered with hand-made brick. (Beckley's brother, Josiah, Josiah, had a brick yard). The heavy oak timbers which make up the interior framing are carefully doweled together. The trim is done in oak and glossy black walnut. Instead of the customary fireplaces, the house was entirely heated by Franklin stoves, an innovation of its day.

Beckley was a man of firm and ardent beliefs. He was well established in Ann Arbor as a minister and lecturer, active in the antislavery movement. He published an influential abolitionist paper, The Signal of Liberty, edited by Theodore Foster. Beckley's house was an important "underground" station on one of the routes from the south.

The Reverend Beckley's time was short, however, as he died in 1847, followed by his wife in 1850. The house thereafter changed hands many times, although the Pascal Mason family remained there from 1862 to 1915.

Ralph W. Hammett and his wife purchased the house in 1933, by then sadly misused and run-down. Hammett, a professor of architecture and an authority on architectural history, took great pleasure in restoring the beautiful home we see today. The many windows with their small panes are original as are the front door and its sidelights. The front porch is a restoration true to the shape and size tracings on the brick work. The modernization of the interior was done with a minimum of change to the structure. The Bertoni family who followed the Hammetts valued the history and the architecture of this home as do the present owners.