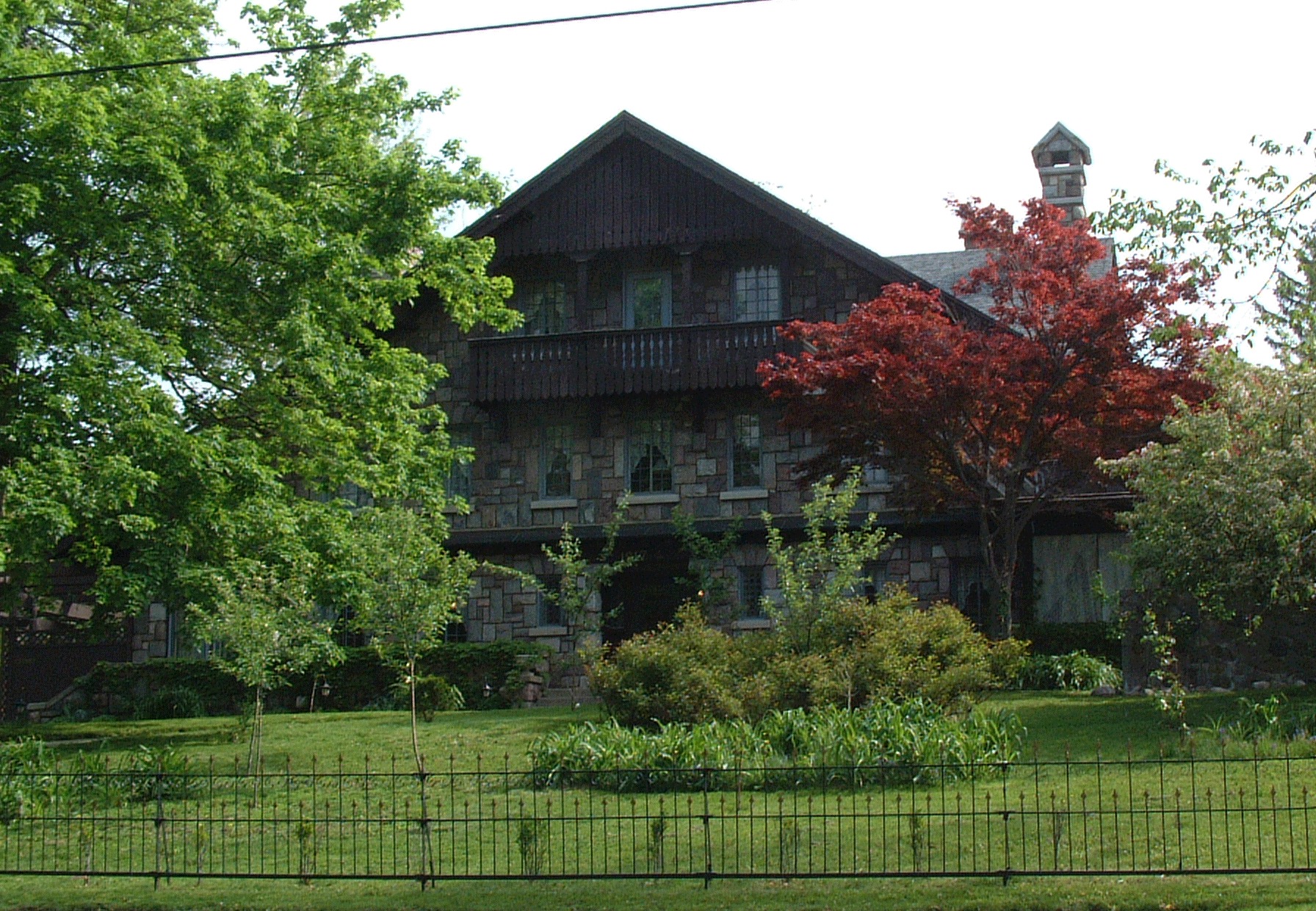 Probably the only Swiss Chalet-style house in Ann Arbor, this cut fieldstone house was built by local contractors Weinberg and Kurtz for Dr. Dean Myers, a prominent eye, ear, nose and throat specialist. The builders were so proud of it that they featured it on their checks for years.

Myers was a 43-year old widower when he moved in and shared the house with his daughter Dorothy and his mother-in-law. In addition to his private practice, he was active in community affairs and served on the Ann Arbor City Council, the school board, and as chair of the Democratic party. After six years in the house, he married Eleanor Sheldon, who had been the first house director at Betsy Barbour dormitory. In 1946 Dr. and Mrs. Myers sold the house and moved out to Hildene Manor. He died in 1955, and she followed a few years later.

The purchaser of their house was not another couple, but a church. The Unitarian Church had occupied a large building at State and Huron since 1883 but seriously declining membership and maintenance problems led them to sell the church and purchase this home in 1946. Ironically, a new pastor spurred church growth to a point where not only did they need to build a parsonage on the rear of the Myers' house in 1948 (expanded in 1955), but a wing for holding services as well.

George Brigham, a well-known local architect of modernist sensibilities, member of the architecture faculty at the University of Michigan, as well as of the church congregation, designed the new sanctuary in 1956. Brigham's design was successful, as each building complements the other and yet stands as a product of its own time. Apparently, even Frank Lloyd Wright was pleased with the results for he declared, "That's good!" in one of his rare expressions of approval.