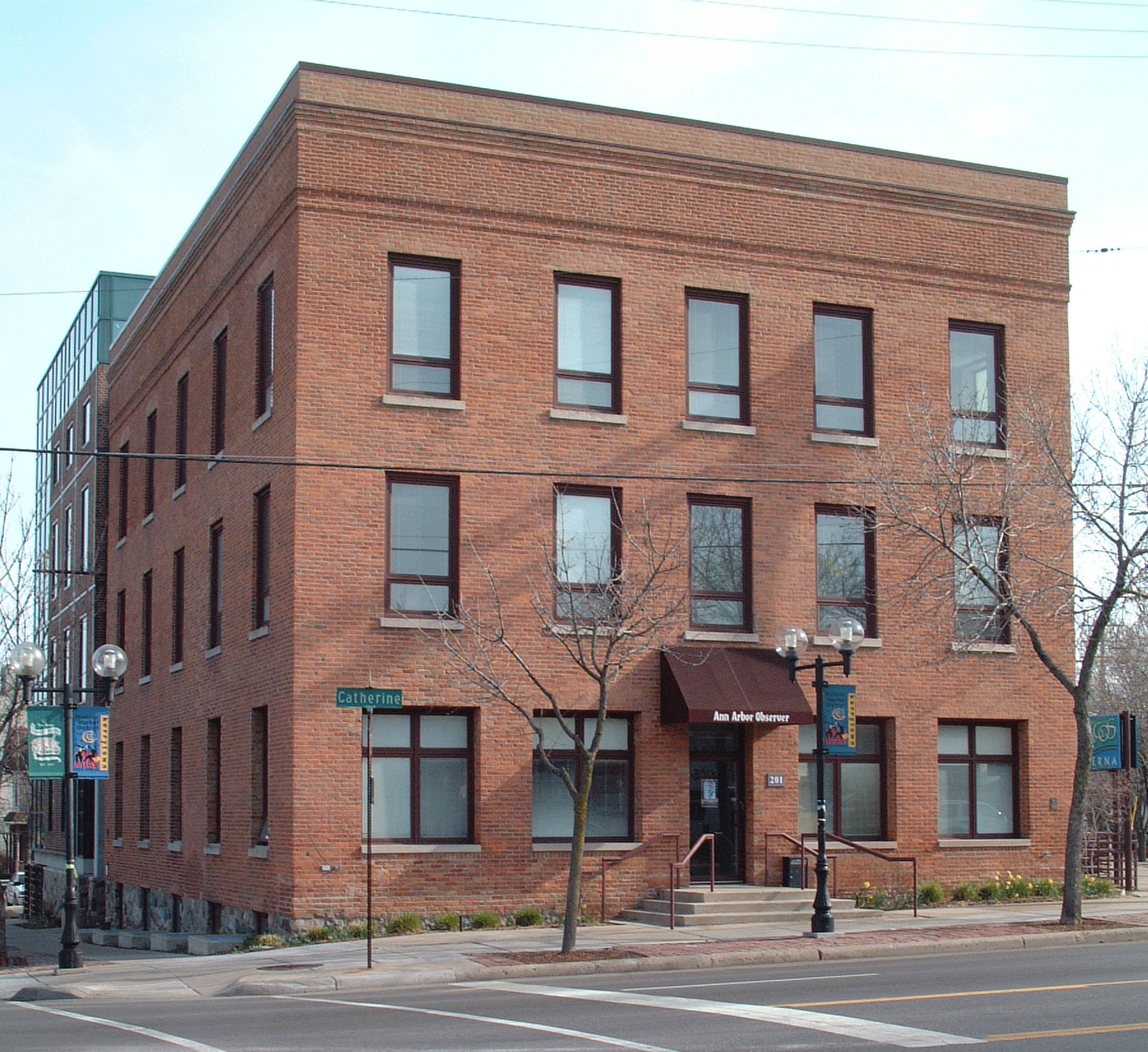 "The excavation is being made at the junction of Detroit and Fourth Streets preparatory to the erection of a fine brick block to be used as an agricultural implements warehouse. It will be a fine improvement." This small announcement appeared in the September 19, 1856 Michigan Gazeteer. The undertaking must have been too much for the builders, Davis and Greenman, as they dissolved their partnership a year later. Three years later, in March of 1860, the Michigan Argus noted: "Moses Rogers has sold out on Washington Street and purchased the Davis Block and will soon have an extensive agricultural implement manufactory in his new quarters."

Rogers arrived in Ann Arbor from New York State in 1831 and operated agricultural implement factories from several locations prior to this purchase. While he owned the Davis Block, Rogers was also instrumental in establishing the Soldiers' Aid Society for Civil War Relief. As one local historian noted "...The Society sponsored a continuous flow of socials and contests, both as money-making projects to finance their work and as a means of bolstering the morale of the home folk.... Moses Rogers repeatedly gave the use of his large hall." In the spring of 1865, a "glorious" party was planned for the celebration of the end of the war, at which Miss Flora Jewett would be crowned May Queen. "Though the war had ended... the pageant was held... with grief mixed with joy due to the assassination of President Lincoln."

Rogers sold this building to John Finnegan in 1867 and bought the building at 417 Detroit Street which now houses the Ecology Center. From then on, the Davis Block was commonly referred to as Agricultural Hall. Dealing in agricultural implements and seeds, Finnegan's establishment carried "...the latest and most approved styles of agricultural machinery, mowers, reapers and binders, of which the men of fifty years ago knew nothing."

Finnegan operated this business until around 1892 when he sold the building to the Hay and Todd Manufacturing Company of Ypsilanti. This was their Mill No. 2, specializing in underwear. In the 1920s Horace Prettyman bought it for his White Swan Laundry. That name for the building persisted even after the University of Michigan purchased it in the 1950s. Today the unadorned straightforward brick structure is the second oldest commercial building in the city. Along with the Anson Brown Building on Broadway, it is the only commercial building remaining from the era before the Civil War and before the Italianate style began to dominate commercial architecture. Its rectangular, rather than round-topped, windows are one of the clues to its age.

The building was extensively rehabilitated in 1988 by Michael Vlasic and a post-modern addition, designed by Frederick H. Herrmann Associates Inc., was added and designed to complement the older structure. The Davis Block now serves as the home of the Ann Arbor Observer and other professional offices.