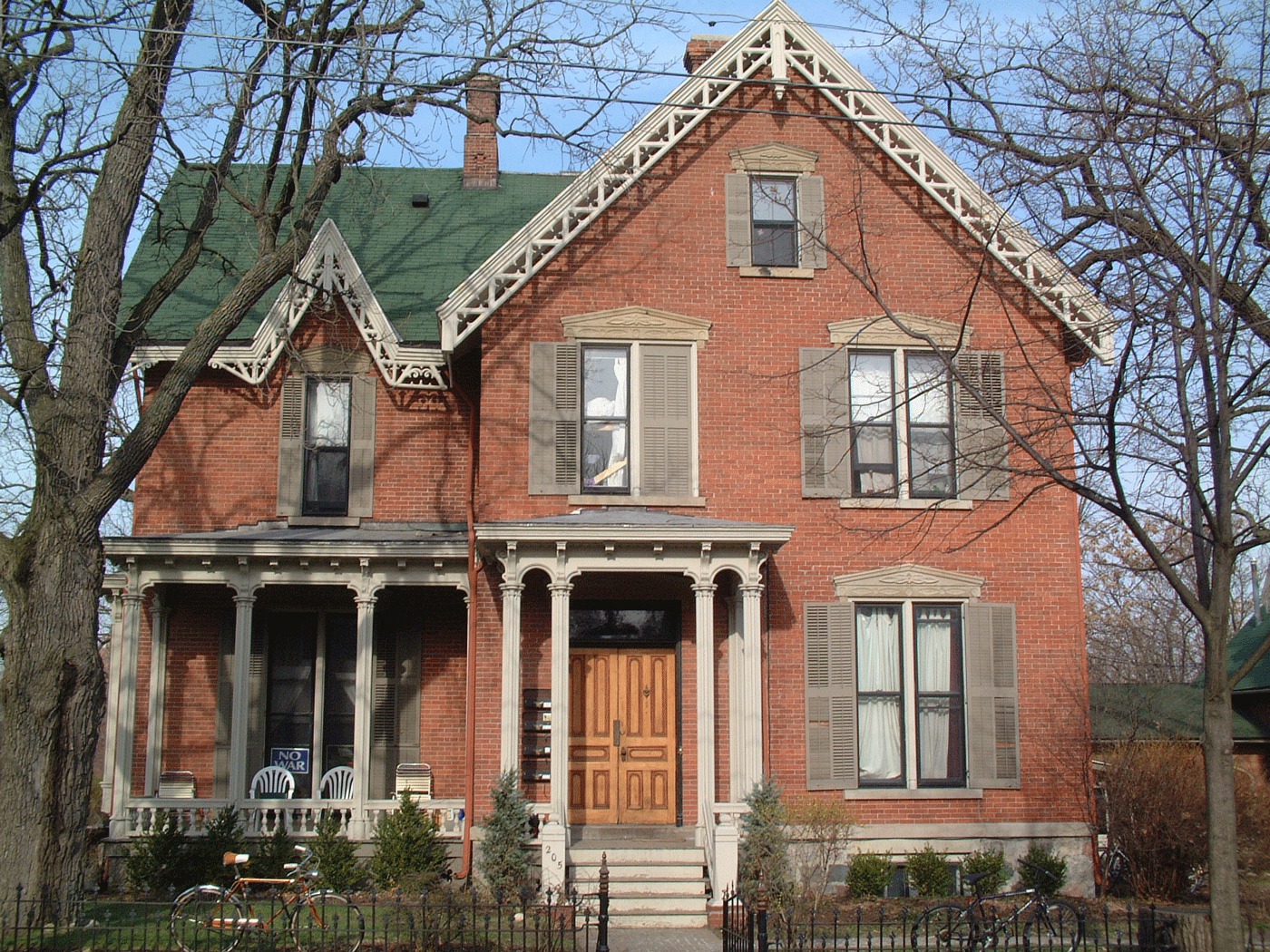 205 North Division Street Alonzo Palmer House, (Laubengayer-Ryan House) 1855/1867 One of the finest Gothic Revival houses remaining in the city, this home was built in stages. Dr. Alonzo Palmer, an early member of the University Medical School faculty, came from New York before 1850 to teach and practice in Ann Arbor. With his young wife he purchased a small square brick house on Ann Street. His wife lived only a few years, and in the mid-1860s Dr. Palmer went back east to marry Miss Love Root of Pittsfield, Massachusetts. In 1867, as a new bride wealthy in her own right, Love Root Palmer added the larger and more elaborate portion of the house facing Division Street. Love Palmer survived her husband by many years. Upon her death in 1901 the house was purchased by Tobias and Sarah (Staebler) Laubengayer to be used as their residence. Their daughter and son-in-law, Wanda and Mack Ryan, lived in the house until Mr. Ryan died in 1970. Since then the ownership has changed several times. In 1957, the Ann Arbor News was effusive in describing the interior: "a myriad of oak doors, suspended from huge hand-carved hinges, swing open to all sorts of interesting rooms and closets, large and small. The walls are like those of a fortress while the fireplaces are small and adorned by ornate marble hearths. Elaborate chandeliers, their crystals clustered in serried ranks, hang from high paneled ceilings ... Wide, winding stairs, built of solid walnut and at least one other small, tunnel-like stairway join the first and second floors which include an estimated thirteen rooms. A mural in the hallway and up the stairs, painted by an Italian artist in the early 1930s, depicts the history of the Staebler family in Germany and the United States." The attractive carriage house has been converted for residential use and the house itself is now a multi-family conversion.