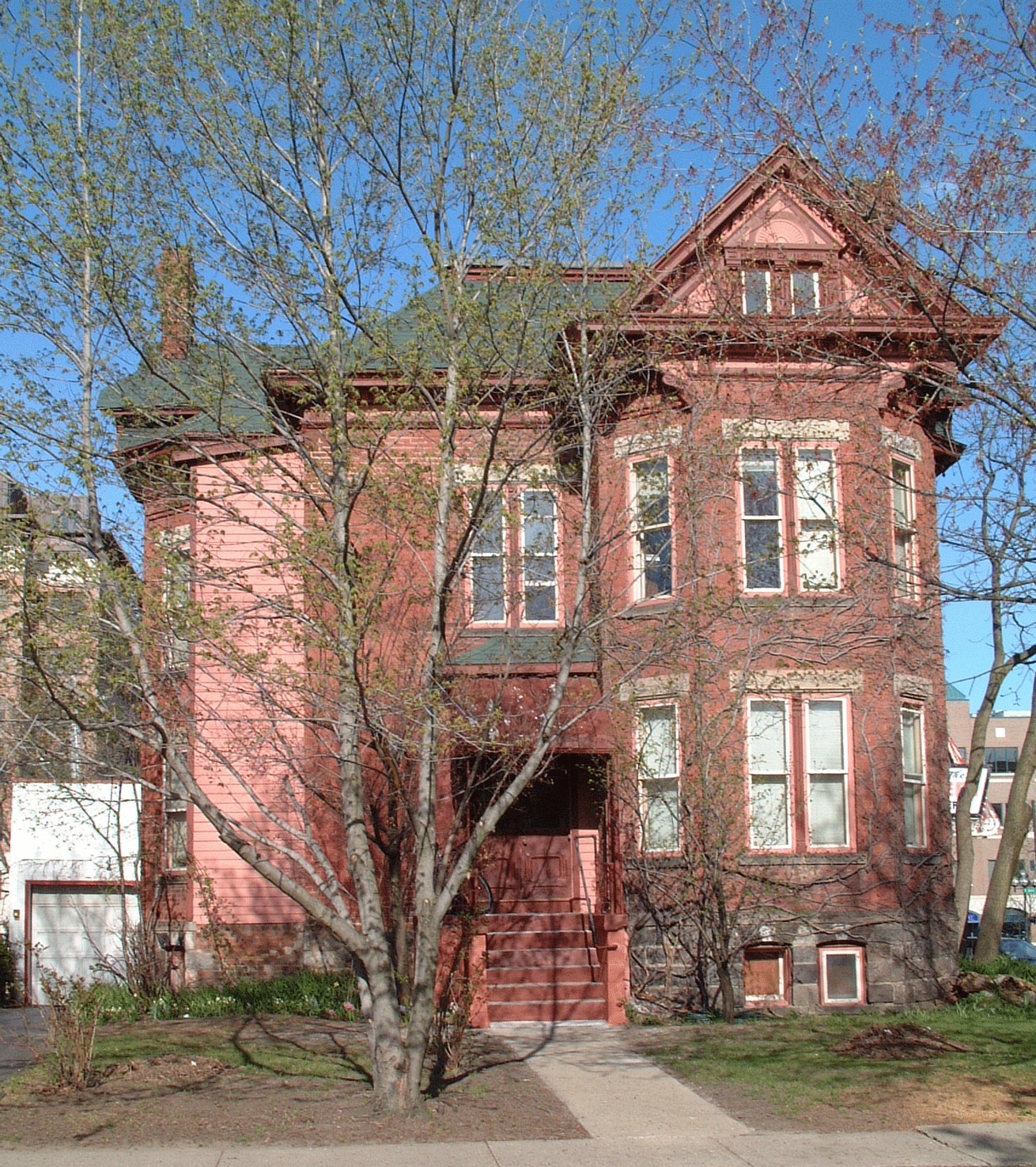 Ottmar Eberbach, like his pharmacist father, Christian, received his professional education in Germany. Returning to Ann Arbor, he joined the firm of Eberbach and Sons, manufacturers of pharmaceuticals and scientific equipment.

When Ottmar married Katherine Haller in 1870, he began to build this red brick Queen Anne house. Cherry panels were used for the interior trim and the house was furnished with six handsomely decorated fireplaces. The finest of these, the parlor mantel, was removed with the permission of the Eberbach family when the house was occupied by the Harris Tire Company many years later. Efforts to locate it have been unsuccessful.

The original lot is still defined by two "rustic" iron hitching posts, one at the corner and the other at the far side of an adjacent house which occupies what was the Eberbach garden area.

At the turn of the century, the intersection of Fourth and William was a distinguished residential area, with a fine home on each corner. By 1908, however, the DeFries home on the northwest corner had been converted to the Alpha Hotel-Boarding; the southeast corner home had become the Ann Arbor Sanitarium (now Muehlig's Funeral Home); the Bach house was on the lot now occupied by the Ann Arbor Y. Although the tire company began use of the house in 1928, the Eberbach family retained ownership until 1974. The beer depot addition was made in 1938. The house is now a multifamily conversion.