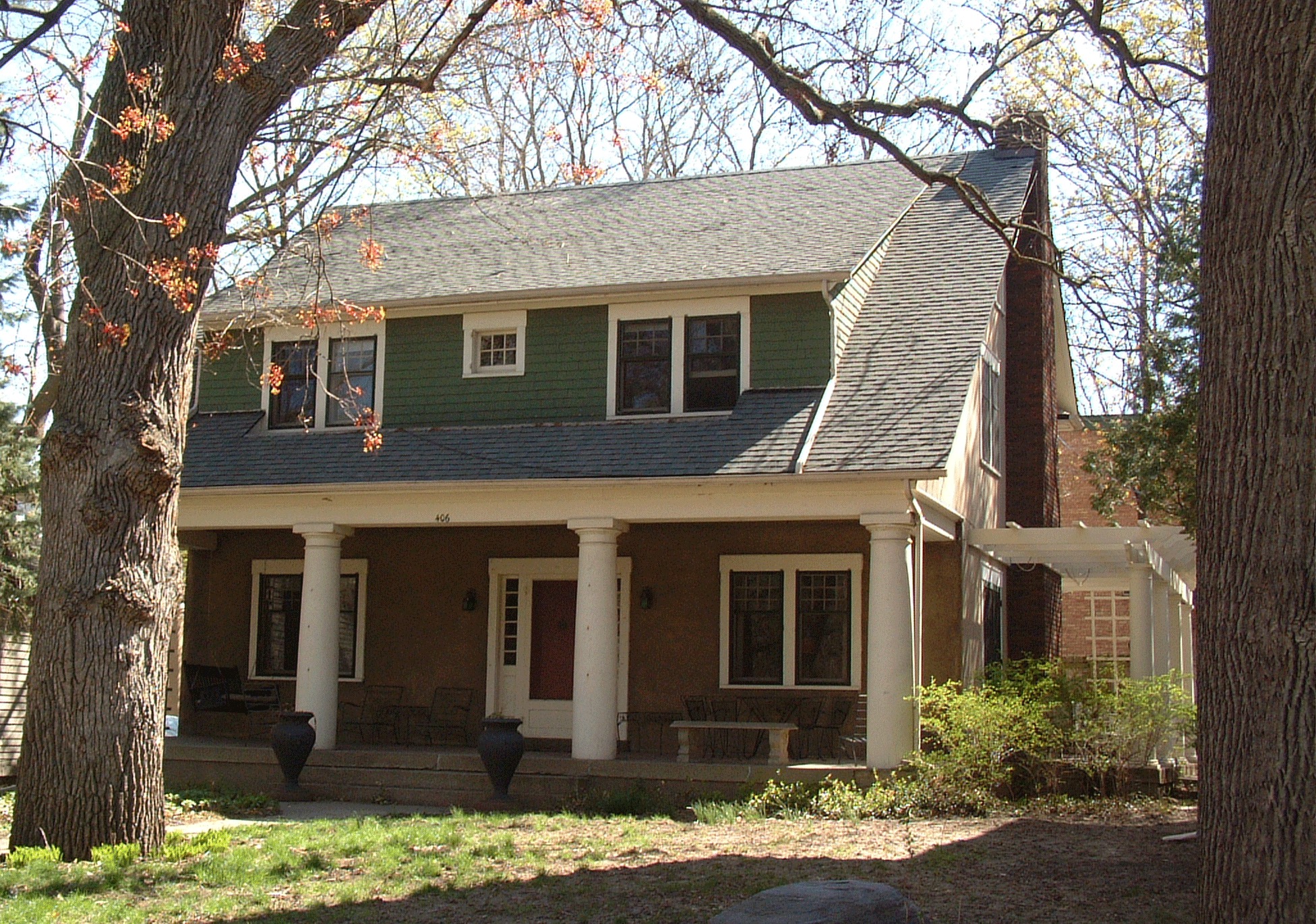 After the death of his father David Rinsey, George Rinsey and his wife Ina constructed a bungalow for themselves on part of the north lawn of the David Rinsey estate, so that they might live next door to his mother and sisters. George's career was in insurance. After his death in the 1940s, his widow continued to live here until the mid-1970s.

Nestled behind an ancient oak, this house with its intact pergola on the south side forms an interesting contrast to the original Queen Anne family home. Original architectural plans in the possession of the owner show that the building was designed by local architect George Scott in 1913. Where the 19th century emphasized verticality and monumentality, the early 20th century encouraged simplicity, craftsmanship, and a back-to-nature ideal, of which this house with its horizontal emphasis is a good example. Its original interior has been preserved to a large degree though the house now serves as a rental property.