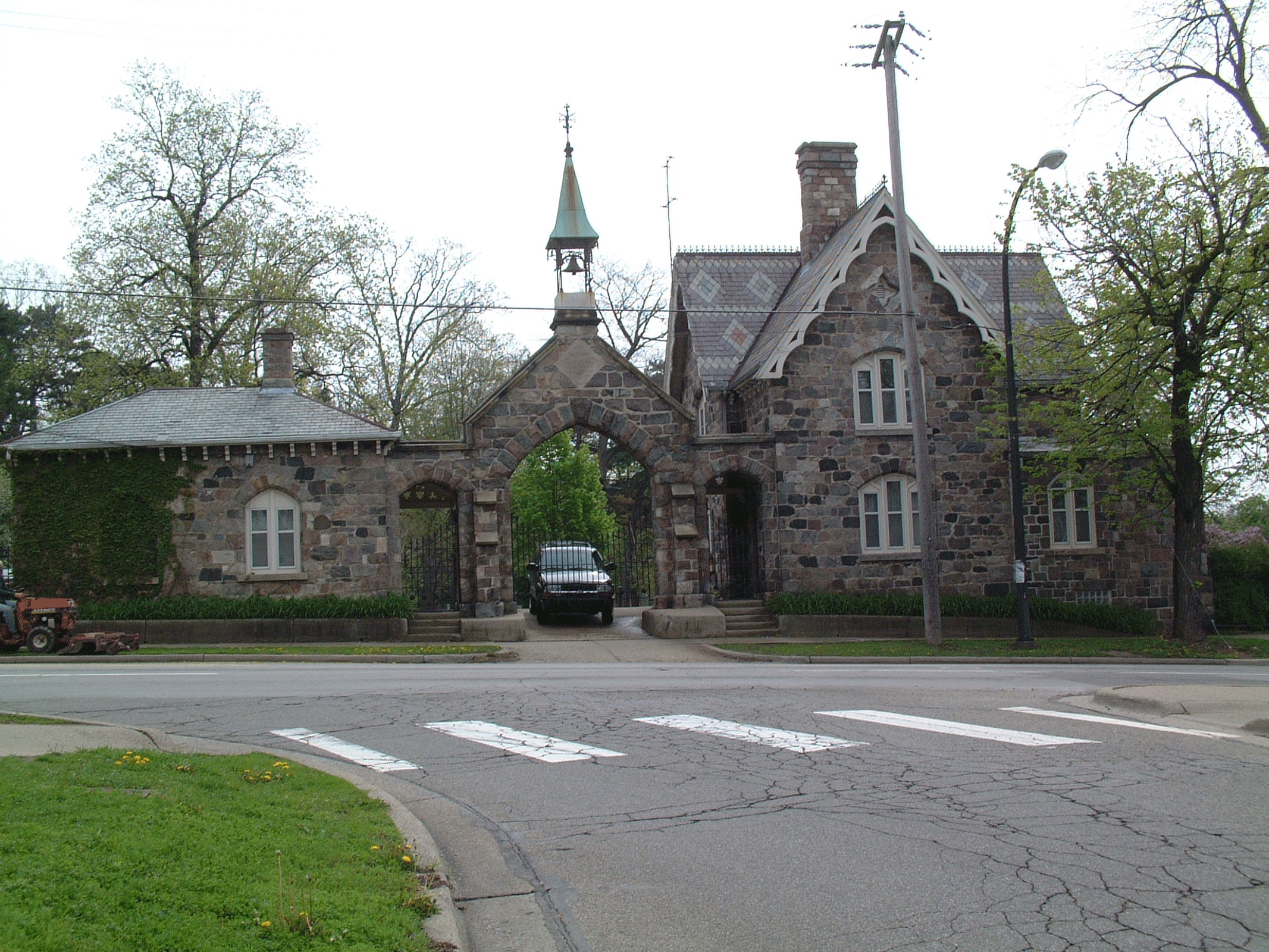 In 1856, a Cemetery Company was formed to choose a site for a new cemetery in Ann Arbor. The cemetery then in use (now Felch Park) was too small and was hemmed in by the expanding town and university. After offering $50 for the best plan, the Company chose a hilly part of town south of the Observatory, known as the Taylor farm, to construct a new type of cemetery. No longer to consist of rows of tombstones next to the church, the new approach called for a scenic setting, reflecting the peacefulness and repose of death. In the 1850s, this new view of cemeteries saw them as places for contemplation. In fact, the movement towards the creation of the public parks system in the United States began in the picturesque or "romantic" cemetery movement.

Forest Hill was inspired by the first and most well-known of the Romantic cemeteries in America, Mt. Auburn Cemetery in Boston, Massachusetts, which had introduced the naturalistic English landscape style to American cemeteries. Like Mt. Auburn, Forest Hill has a varied topography. While it is flat along Geddes and Observatory, it has several hills and vales in the interior. And also like Mt. Auburn, it features curved paths that follow the slopes, many of which bear the same floral names: verbena, myrtle, snowdrop, eglantine, and moss.

Although the $50 does not appear to have been awarded to anyone, we do know that the original map of the cemetery was drawn by Colonel J.L. Glen of Niles who is also believed to have been the designer. Colonel Glen was a civil engineer who had surveyed and laid out the city of Lansing and had been in charge of the construction of the State Capitol.

The new cemetery was dedicated on May 19, 1859 and what a dedication it was. It is described by O. W. Stephenson in his 1927 Ann Arbor The First Hundred Years: "...Under the direction of George D. Hill... a great procession marched to the grounds. First came a band, then several military companies, officiating clergy, the orator for the day, the President of the Cemetery Board, William S. Maynard, and other members. In order after these came the Common Council, the faculty of the University, the members of the Board of Education, teachers of different schools, editors and printers, the student body of the University, members of the fire companies, another band, the Masons, Oddfellows, private citizens and children of the public schools."

After the dedication, the graves of many early settlers buried in the old cemetery were moved to Forest Hill. In its 103-year history over 17,000 people have been buried there, from Elisha Rumsey, co-founder of Ann Arbor, to University presidents, prominent citizens, and foreign students. The first person permanently interred was Benajah Ticknor, the Navy surgeon who built Cobblestone Farm.

In 1866, the Cemetery Board instructed the Building Committee to solicit designs for an office, gatehouse, and caretaker's house at the entrance to the cemetery. The plans selected were by noted architect, Gordon W. Lloyd, and the builder was James Morwick, who had recently built the chapel addition to St. Andrew's Episcopal Church and the home of Dr. Alonzo Palmer at the corner of Division and Ann Streets. In the Gothic Ravival style, the cemetery buildings exhibit typical features including lancet windows, slate roofs with colorful lozenge and diamond patterns, a quatrefoil window in the gable of the caretaker's house, and wavy bargeboards curving under the roof eaves of each gable. The original metal roof cresting is some of the last remaining in Ann Arbor.

The walls are cut fieldstone of various soft colors and the entire effect is one of picturesque beauty, further enhanced by the charming cemetery gate: a pointed stone arch capped by a copper topped belfry. Two stone pillars flank the entrance on which are inscribed: "J. Morwick, Builder" and "Walker Bros, Masons."

Forest Hill today retains much of its original design. Flat gravestones along Observatory preserve the open view to the large monuments. As trees and shrubs have matured, however, the contrast between the wooded areas and the grassy meadows has been obscured. Just beyond the gateway and dominating the entry stands the Washtenaw county Civil War Memorial, moved here from the courthouse lawn at Main and Huron Streets when the new courthouse was built in 1954.