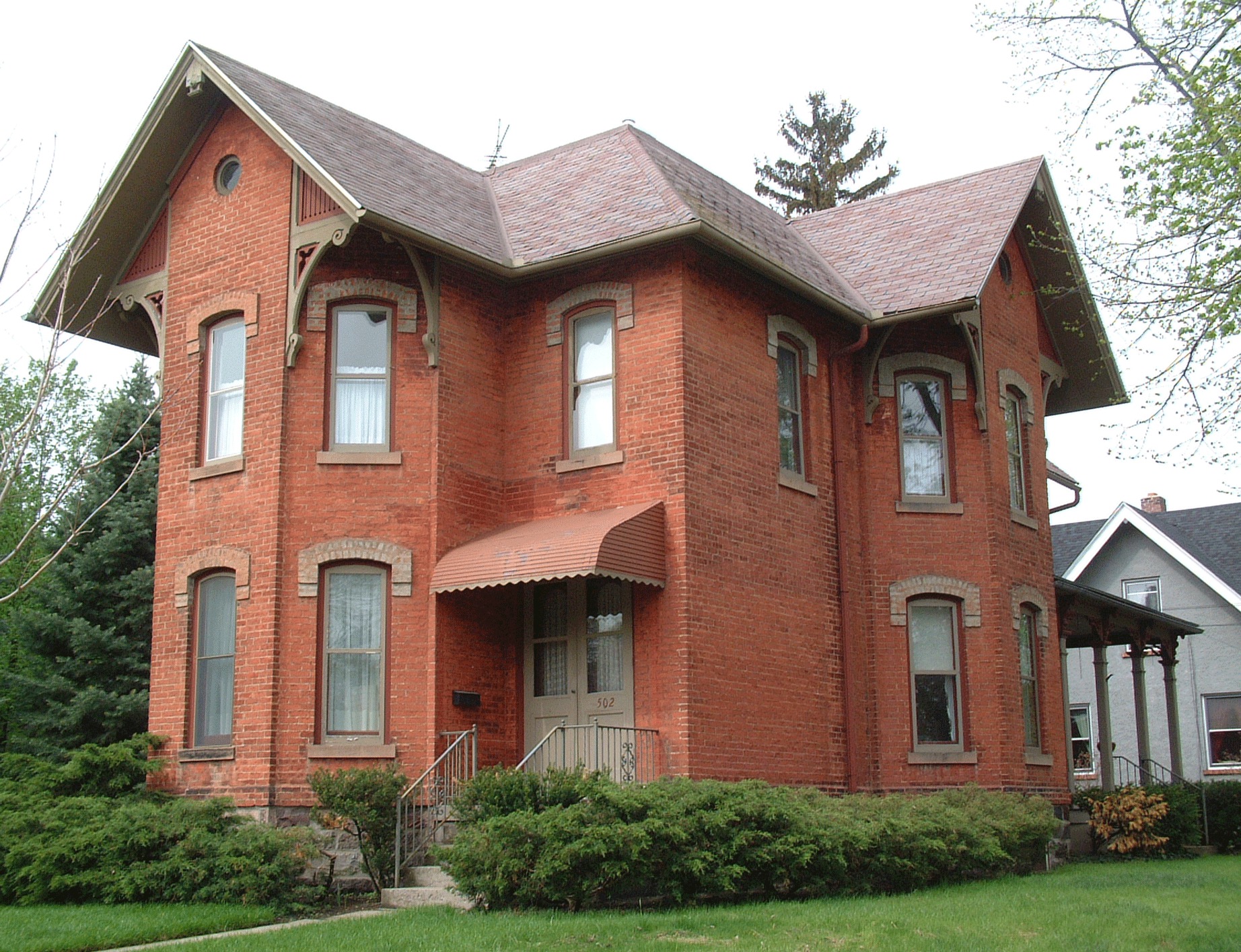 John Lucas was born in 1841 in Hesse-Darmstadt near the Rhine river, where his father was a skilled stone and brick mason. The family emigrated to Canada in 1852. After learning the mason's trade at his father's side, John was apprenticed in all the building skills. Around 1870, after the death of his Canadian-born wife, he moved to Ann Arbor with his four small children. Married again to Elizabeth Wagner in 1872, a union which produced six additional children, he used his expertise to build this fine brick residence in 1882. Newspapers of the day took note of the "modern" Queen Anne style and the beautiful surroundings of the home.

A prominent Ann Arbor builder, Lucas erected several commercial structures and homes, as well as two large buildings (now gone) for the Medical Department of the University of Michigan. His widow lived in this home until it was sold in 1908 to the Koch family.

Karl H. Koch was also well known in Ann Arbor as a building contractor. Descendants of the Koch family are still in the house.