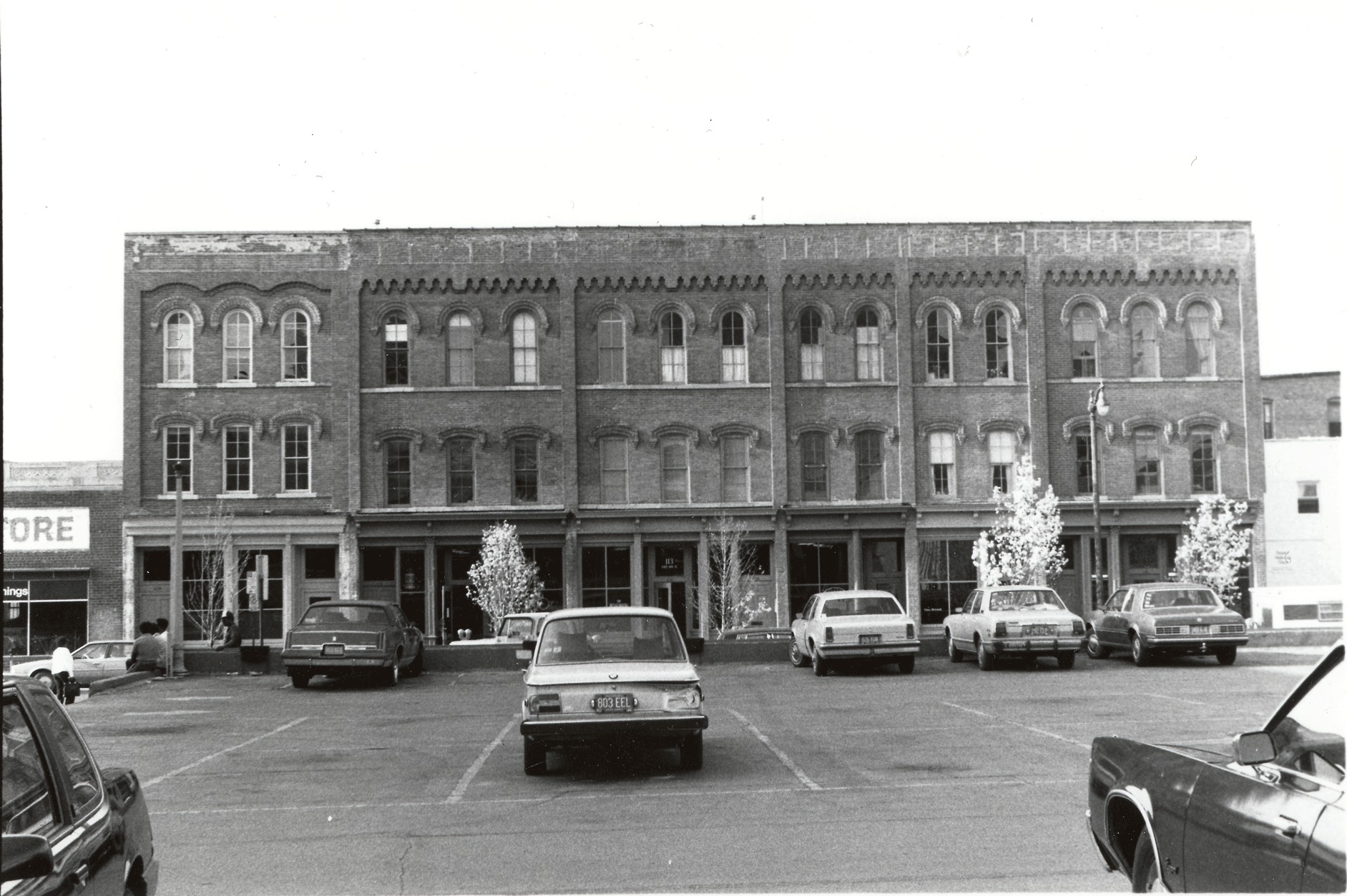 109-119 East Ann Street Hoban Block, 1871 Prior to the Civil War, tailors and grocers were located in this block, but the headline in the December 30, 1870 issue of the Michigan Argus "Fire on Rotten Row" reveals its true character at the time. The paper reported that the buildings, owned by Mrs. Hoban, were a total loss. By March of 1871, however, the Peninsular Courier reported that ground had been broken for a new building and by the summer of that year it was completed. The 1881 History of Washtenaw County commented that Mrs. Hoban had "built a substantial business on Ann Street in 1871 at a cost of several thousand dollars." It was the epitome of commercial architecture at the time: a row of almost identical brick storefronts in the Italianate commercial style. Three stories high, the first floor contained storefronts with large glass windows, while the second and third floors were office and residential. Characteristic of the style are the brick arched windows with round tops on the third floor and segmental arches on the second. Except for the building at 109, brick corbeling unites the facades of all six of these storefronts. At one time a bracketed cornice united them as well. The block contained the usual collection of businesses: restaurants, groceries, and butcher shops. But it also had more than its share of saloons and "disreputable" establishments. In 1898 a local newspaper published a map showing the saloons that were corrupting the University of Michigan students were all clustered in the block north of the courthouse. Just around the corner from the Hoban Block was "Ann Arbor's Official Bawdy House." Though the unsavory character of the area persisted, the "Ann Street Block" was also known for its blues bars in the 1960s and 1970s. Clint's Club was a popular meeting place for African-Americans who supported the block's bars, pool halls, and barber shops. In the mid-1980s, owner Peter Bilakos began to restore the storefronts individually and his legal offices now occupy the first floor of one of them.