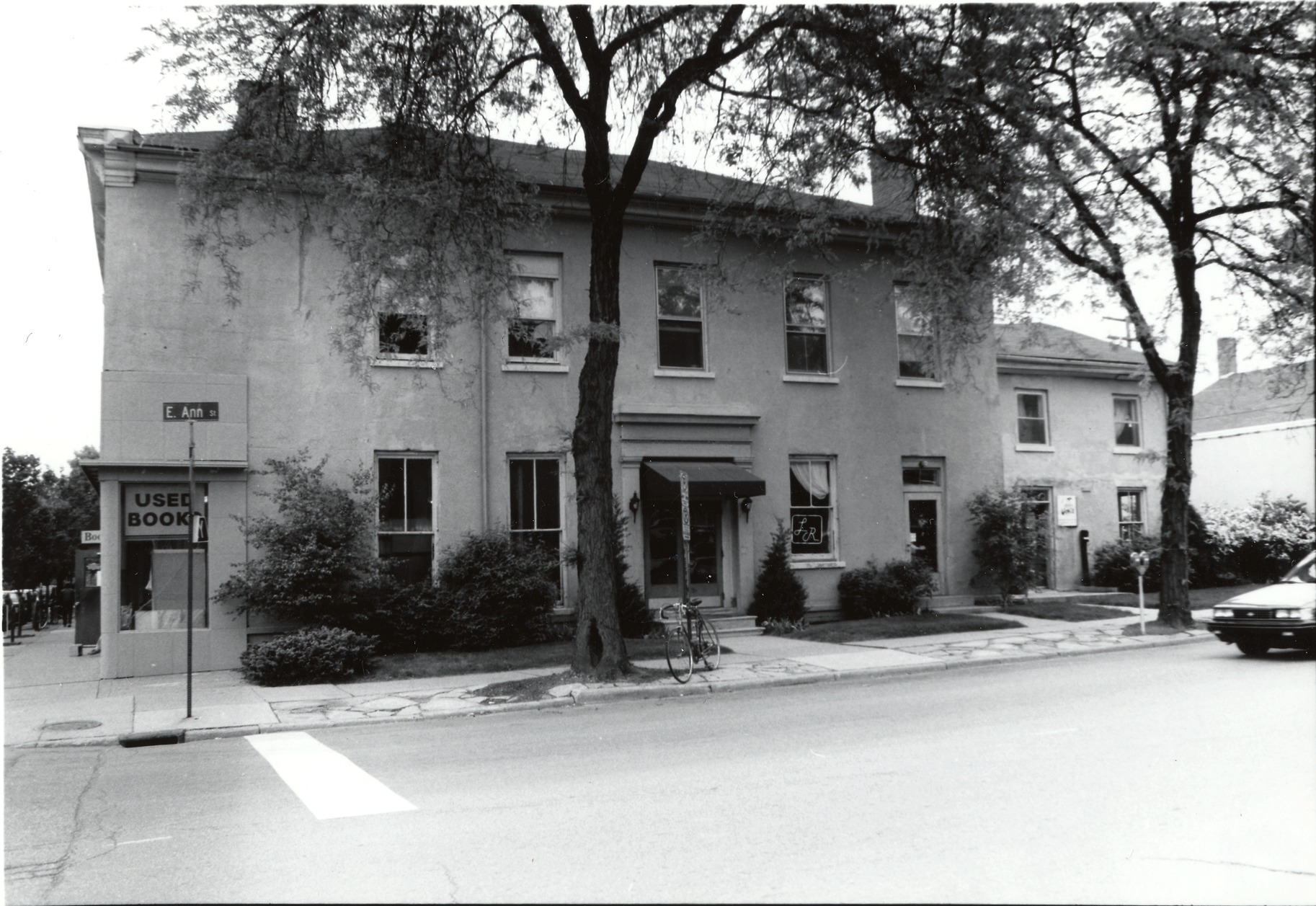 201-205 East Ann Street Washtenaw Bank, 1836 In the 1830s, with land sales booming the Michigan Territory needed banks. The liberal banking laws permitted banks to be founded with very little capital, so in 1835 a group of local men formed the Bank of Washtenaw and built this Greek Revival building to house their banking rooms. When the banking system of the United States collapsed in the Panic of 1837, the Bank of Washtenaw went under and the building stood empty for almost a decade. In 1847 the property was finally sold to local businessman Volney Chapin who converted it to a residence. He and his wife Chloe made it their home for over 25 years. During that time it became a genteel showplace surrounded by exotic catalpa trees and a garden whose rose-bordered paths reached all the way to Catherine Street. The original building is stucco over brick, scored to resemble stone, a common conceit of many Greek Revival houses of this period. Though it has been enlarged to the west, one can still spot the Greek Revival detailing in the Ann Street entryway with simple Doric columns supporting a dentillated entablature. Hinges for the once massive shutters which flanked the windows are still visible as well. By the 1890s the area had become more commercial. The house became the Arlington Hotel, later renamed the Catalpa Hotel after those famous trees. Joe Parker's tavern occupied the corner commercial space from 1913 until 1920, when Prohibition drove it out of business. Joe Parker's and other saloons have been immortalized in a University of Michigan college song that reminisces about going "back to Joe's and the Orient (another saloon) back to all the money I spent." Shortly after the tavern closed, the Ann Arbor Chamber of Commerce bought the building, but one can still see the name "Joe" spelled out in tile in the corner of the present bookstore. The Chamber eventually sold the property to Christ Bilakos in 1942. He renamed it the Peters Hotel after his son and the property is still owned by this family. The building now houses a variety of eclectic businesses.