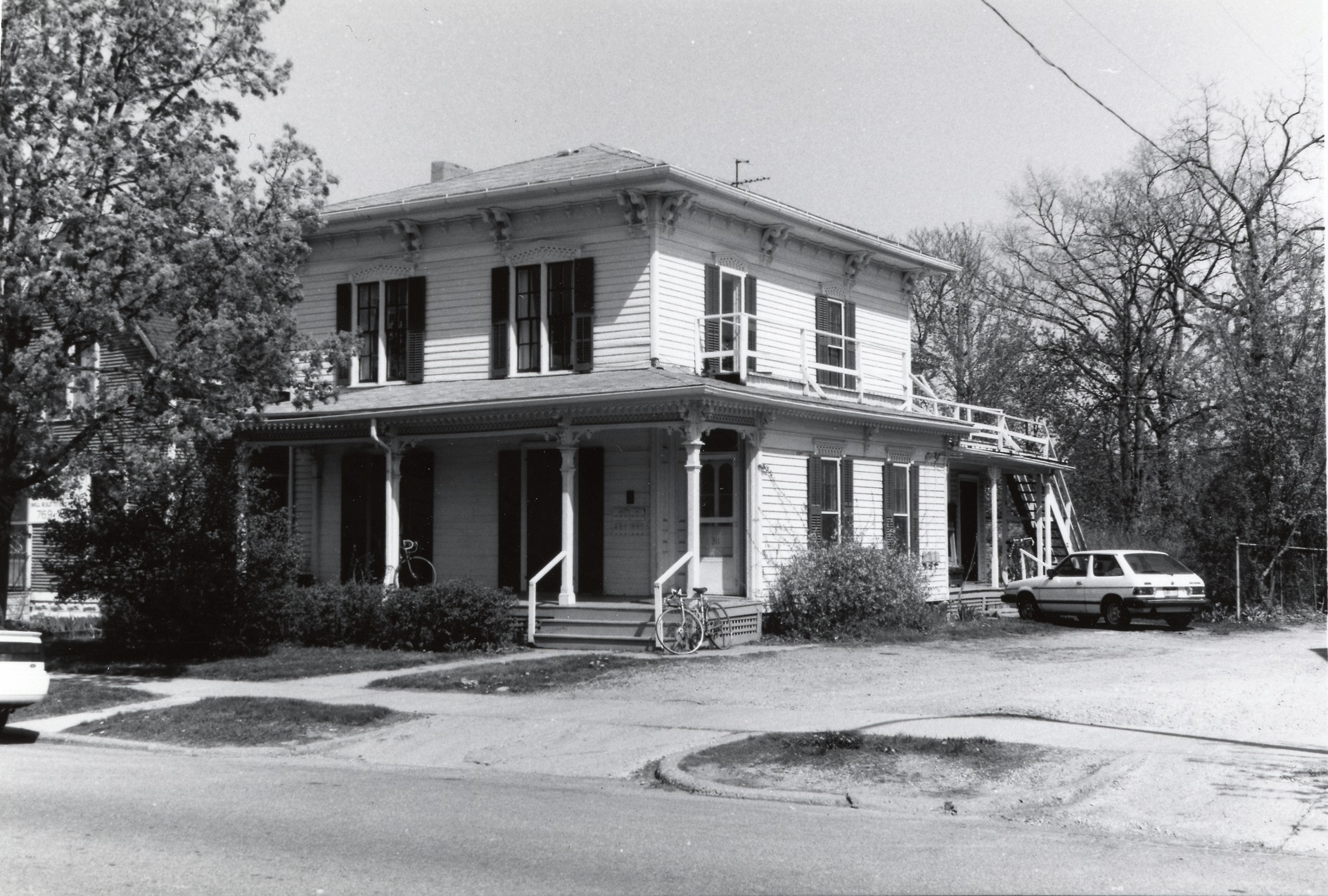 James F. Royce, an early pioneer of Washtenaw County, built this pristine example of an "Italianate cube" in 1866. Royce came to Ann Arbor from Connecticut in 1830 as a skilled cabinet maker and began a chair-making business which lasted for several decades. He later operated a carriage factory and clerked for Philip Bach, his son-in-law. Royce was 61 years old when he built this house and Bach may have paid for it as a form of "social security" for his aging father-in-law.

The house exhibits typical features of the Italianate Cube style: a low, hipped roof with paired brackets under the wide eaves, a symmetrical arrangement of windows and doors, and ornamental sawn woodwork or "gingerbread" on the front and side porches. Thin chamfered porch posts with no railings are also typical of this style, though the still-working pairs of French doors and louvered shutters are very unusual in Ann Arbor. What is most remarkable is that almost no changes have been made to this house since its construction. Even the windows still have their original blown glass.

Mrs. Royce's will gives us an idea of how this house was furnished in the 1880s. She left her "large lamp with glass pendants" to Philip Bach and "a small marble top stand" to his wife, while other members of the Bach family received her mahogany sofa covered with hair cloth. The wife of the minister of the Baptist Church received her "gold bowed glasses as a memento of my love and respect for her."

Following Mrs. Royce's death, the house was sold to two unmarried sisters, Harriet and Electa Knight, daughters of another Washtenaw County pioneer. They lived here and rented rooms to various relatives attending Ann Arbor High School. Later they rented rooms to doctors and nurses working at the hospitals nearby. By the 1920s many upper and middle class people moved out of the Old Fourth Ward into Burns Park and other newer subdivisions. The house remained a single-family dwelling until the 1960s. Since then it has been rented as apartments.