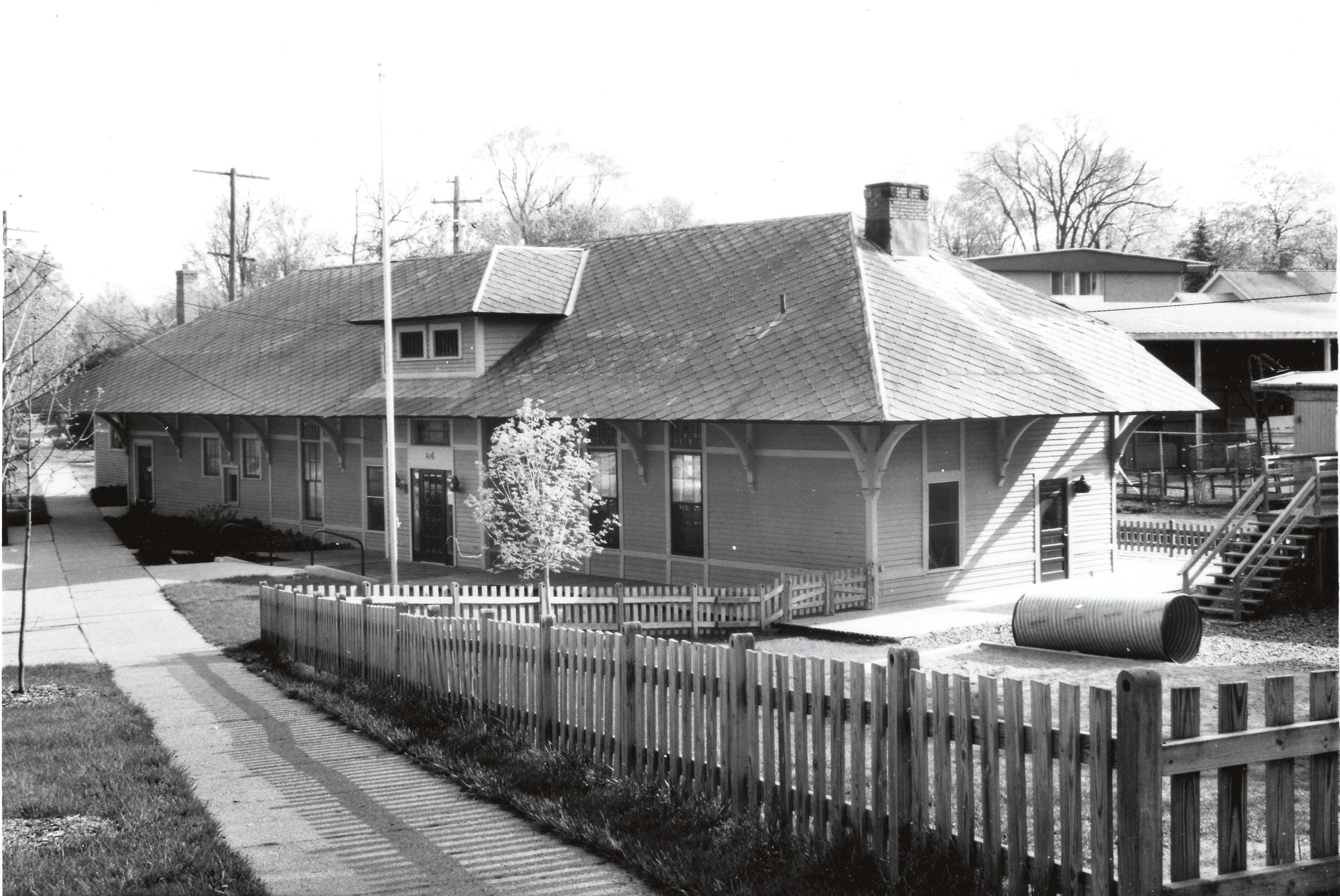 The passenger depot for the Toledo, Ann Arbor and Northern Michigan Railway, affectionately known as "Annie," is one of the few reminders of Ann Arbor's "second" railroad. Second because it could never compete with the glamorous passenger trains of the Michigan Central Railroad, whose station on Depot Street now houses the Gandy Dancer Restaurant.

Annie was always the "people's railroad." It took families from town to picnics at nearby Zukey or Whitmore lakes, or further north to resorts in Traverse City. Lela Duff wrote: "It's true that the Ann Arbor station never had about it the glamour for townspeople that attached to the Michigan Central. One seldom saw expensive luggage bearing foreign labels piled up on the platform. But the place was not without drama. Patients who had to be lifted on stretchers... on their ways to the local hospitals were no rarity. In the resort season too there was a special gaiety about the place..."

Annie was the brainchild of James M. Ashley, an energetic man who had been governor of the Montana territory, a United States congressman from Ohio, and a personal friend of Abraham Lincoln. In a eulogy at the Unitarian Church in Ann Arbor in 1897, he was described as a large man, "intellectually, physically, and morally. There was nothing petty, small or mean about him." The name of the street upon which this station stands was changed to Ashley to honor him.

James Ashley built the railroad to connect his home town of Toledo, Ohio to the wheat and lumbering industry in northern Michigan. Always struggling financially, the line managed to open in 1877 and reached Ann Arbor in June of 1878, in time for the commencement at the University of Michigan. The present depot, built in 1889, replaced an earlier depot that was moved across the tracks. The railroad eventually made most of its money by connecting Toledo with Frankfort, Michigan, where car ferries took passengers and freight across Lake Michigan to Wisconsin.