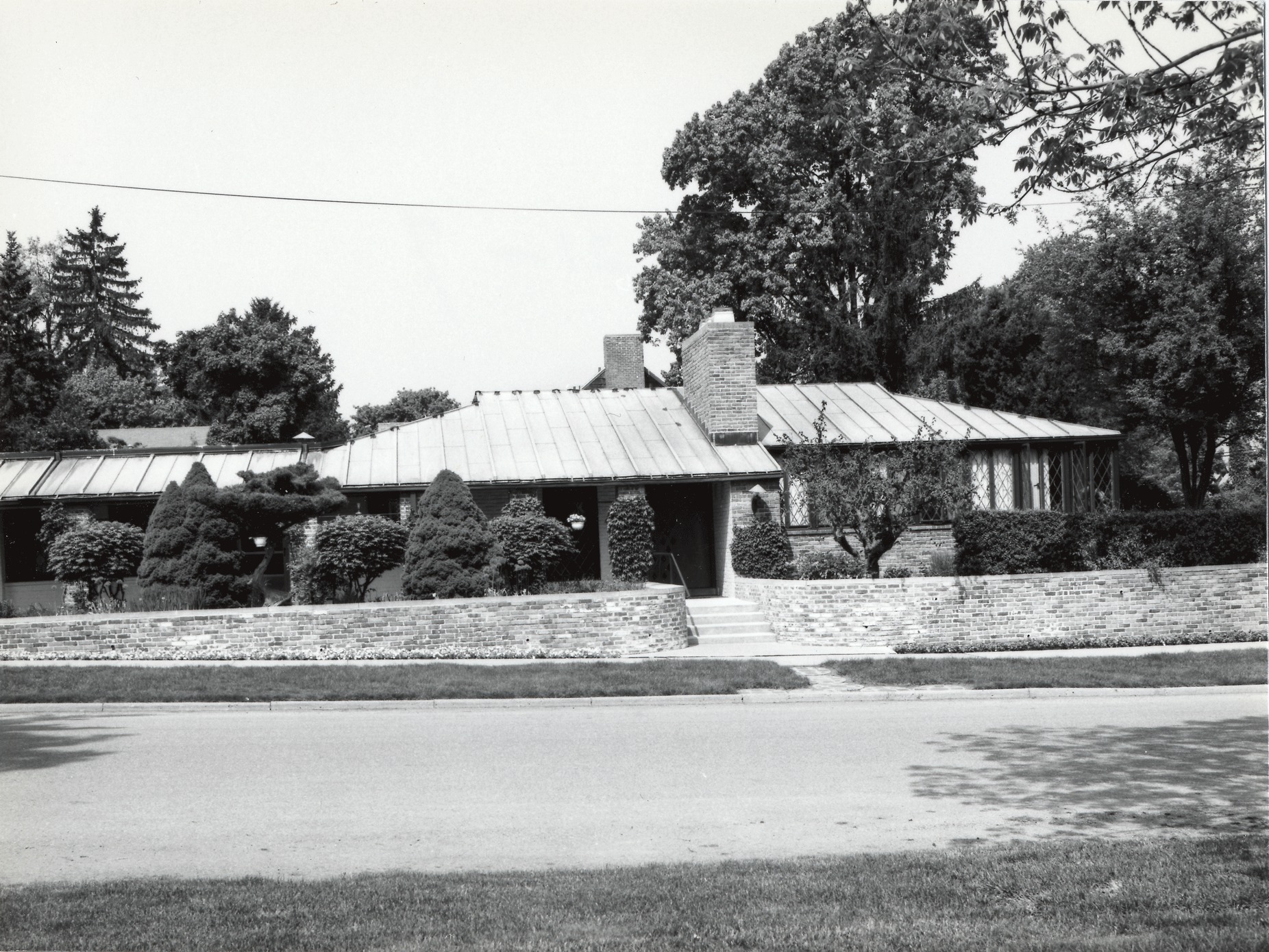 1000 Berkshire Road Harry and Margaret Towsley House, 1932 Creator: Dow, Alden B., 1904- Well-known Michigan architect Alden B. Dow designed this house in 1932 for his sister, Margaret, after her marriage to Dr. Harry Towsley. According to Katharine Mattingly Meyer's 1971 AIA Architecture Guide to Detroit, it is the first residence in the country designed with an attached garage facing the street. It is a long, low brick structure topped by a standing seam roof of greenish copper. It marks the beginning of the "modern" movement in architecture in Ann Arbor and retains a remarkably fresh and exciting look today. Alden B. Dow was a student of Frank Lloyd Wright and incorporated many of Wright's ideas into his designs. This included an emphasis on honesty, love of nature and a passion for individuality. He produced some 300 buildings in his 47 years of architectural practice. Shortly before he died in 1983, he was named Michigan's architect laureate. His home and studio in Midland, Michigan were designated a National Historic Landmark in 1989. The Towsley home is one of several buildings in Ann Arbor designed by Dow. These include the Ann Arbor City Hall, the Ann Arbor Public Library, the building and greenhouse complex of the Matthaei Botanical Gardens, the University of Michigan Administration Building, and Greenhills School. The Towsley home was highlighted in a 1952 Ann Arbor Women's City Club Tour and has been photographed for the Detroit Free Press Magazine. The Towsley family have made their mark on Ann Arbor in many ways. Dr. Towsley worked as a pediatrician and professor at the University of Michigan Medical School. Mrs. Towsley has been an activist in many causes including early childhood education, Planned Parenthood, the Ann Arbor Community Center, and the Republican Party. Well-known philanthropists, they have endowed numerous scholarships, professorships, and buildings dedicated to art, medicine, and science. Like her father, Herbert H. Dow, founder of the Dow Chemical Company of Midland, Michigan, Margaret Towsley built a comfortable home for her family and never moved. More than 50 years after its construction, the Towsleys still reside in their 'modern' house.