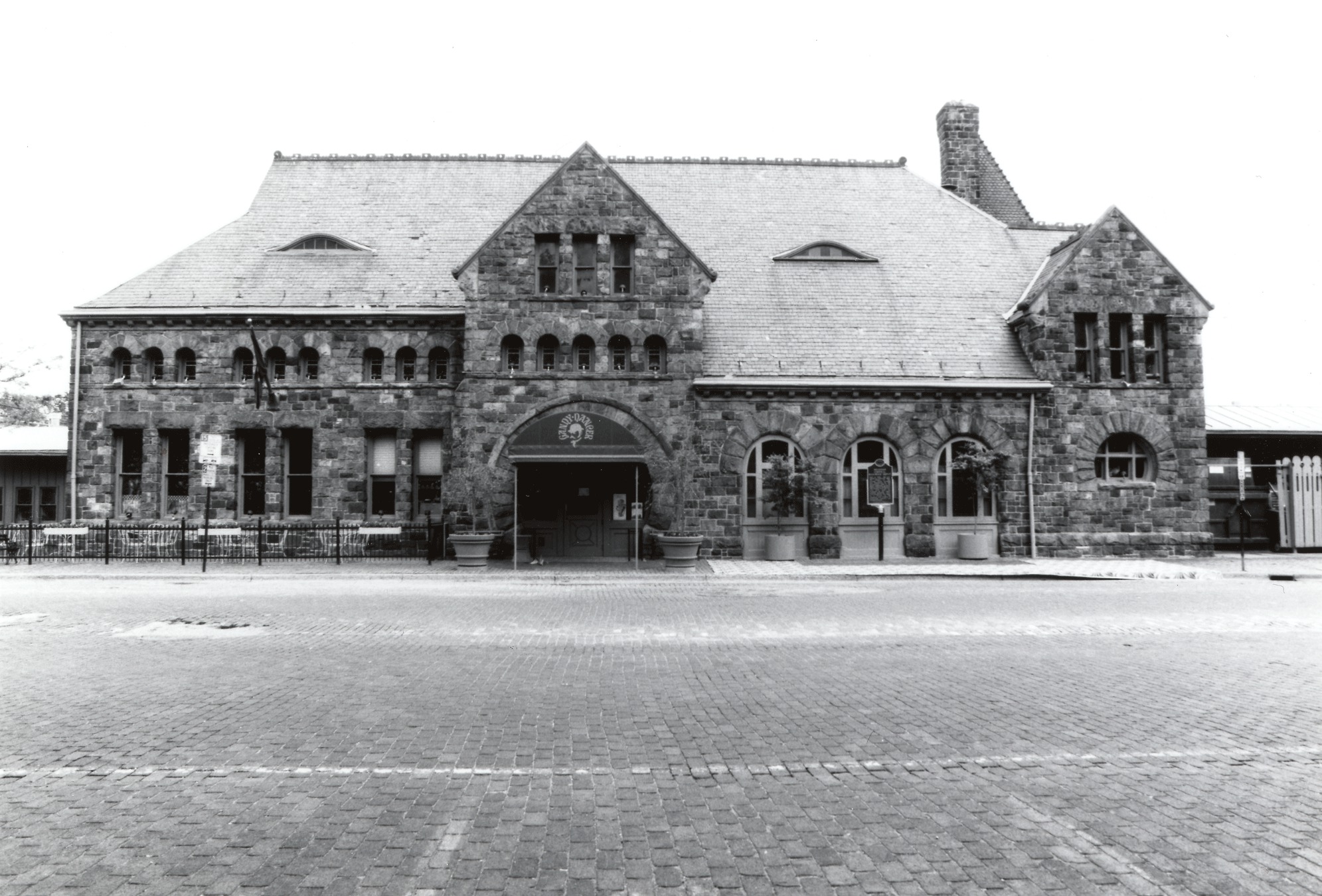 Built in 1886, this elegant structure was considered to be the finest station on the Michigan Central line. The first depot, built when the Michigan Central Railroad came to Ann Arbor in 1839, was located further west on the other side of Broadway. A two-story section of that structure was later moved to the southeast corner of Beakes Street and North Fifth Avenue, where it still stands in use as a residence.

Architects Spier and Rohns designed the new building in 1886 in the popular Richardsonian Romanesque style. The heavy stone walls, deep-set, round-arched openings, the asymmetry of the composition with its square squat tower and tall chimney, all expressed the strength, solidity, and prestige of the railroad, then at the zenith of its power. Stained glass windows and two large terra cotta fireplaces further embellished the interior. The contractors took special care in the choice and fitting of the stone, which was quarried a short distance up the Huron River at Foster's Station on Maple Road. The two smaller buildings, a Railway Express office and a baggage station, were connected to the central structure by a low metal canopy running along the track side.

In 1969, the C. A. Muer Corporation purchased the property from the Penn Central Railroad. Muer's renovation of the main building turned it into a distinguished restaurant, the Gandy Dancer, with a new balcony in the interior and a service wing added to the west end. In 1976, an expansion of the kitchen and dining area filled the space between the main structure and the east baggage building. A glassed-in dining area was created under the metal canopy on the track side.