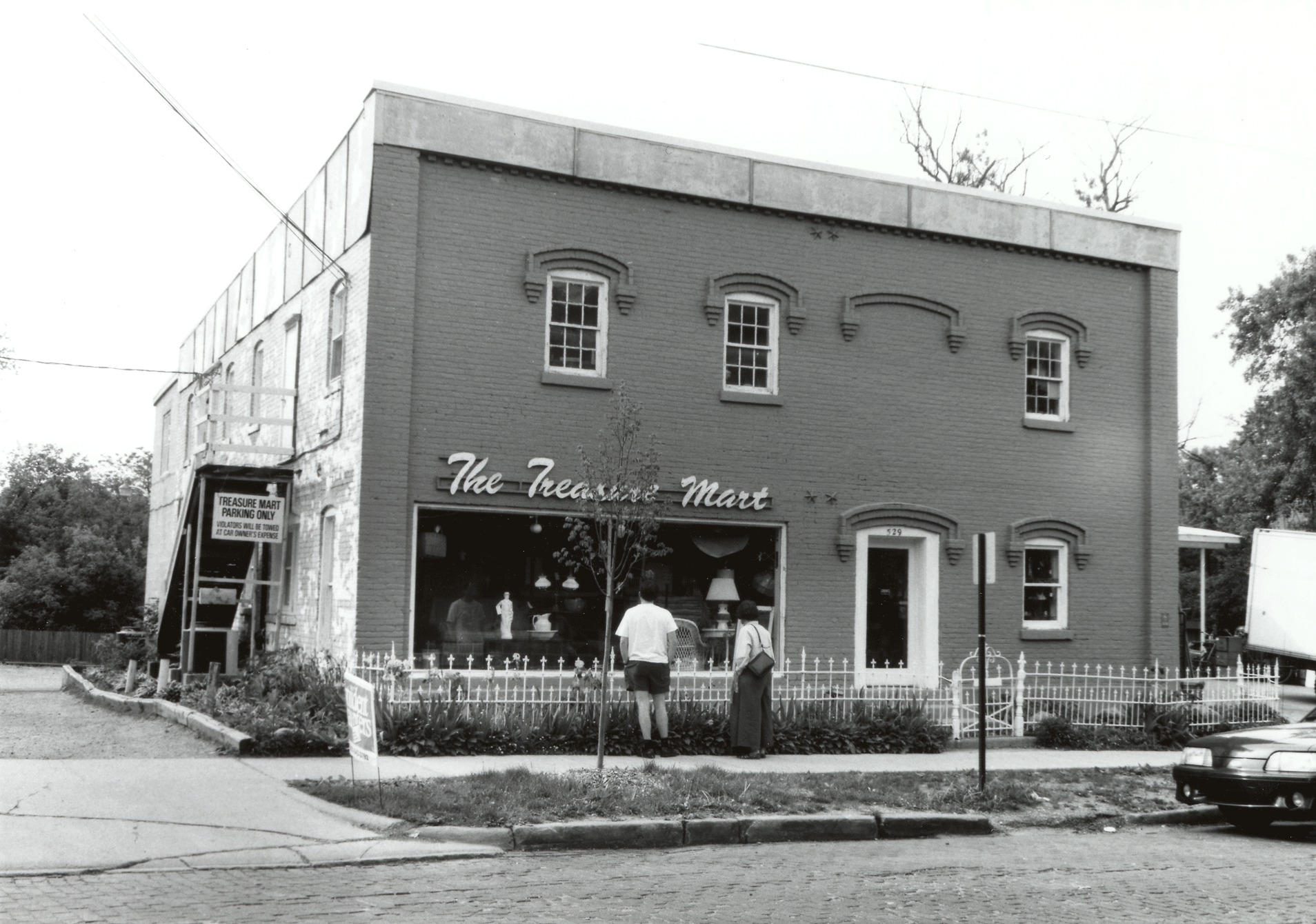 This Italianate brick building with its heavy triple-arched brick trim over the windows was built by John G. Miller as a planing mill specializing in "sash, doors, blinds [shutters">, molding and scroll work." It replaced an earlier wooden mill built in 1853 which, when it burned in July of 1869, the Michigan Argus lamented as "a public as well as private loss." The earlier mill had made carriages and sleighs using a new steam process for bending wood. When Miller began rebuilding three months after the fire, the Michigan Argus reported he was again building a "steam bending shop on the site of the one that burned."

Miller's new shop concentrated on the more lucrative business of providing millwork for the boom in house construction that followed the Civil War. Throughout the 19th century, Detroit Street hummed with industrial activity as other planing mills and carriage manufactories plied their trade nearby.

In 1878, Miller sold the mill to Herman Krapf who renamed it the Detroit Planing Mill and kept it operating until his death around 1906. By the 1920s this part of town was no longer a business center and the building was frequently vacant or used as a warehouse. In 1960 it was leased by Mrs. Demaris Cash who had dreamed of opening a retail consignment shop. She named her store the Treasure Mart, and today it ranks as one of Ann Arbor's most cherished institutions.

In 1983 Mrs. Cash purchased the building and the miller's house next door. Though now in her eighties, she still works behind the counter, having passed the management of the business on to her daughter, Elaine Johns.