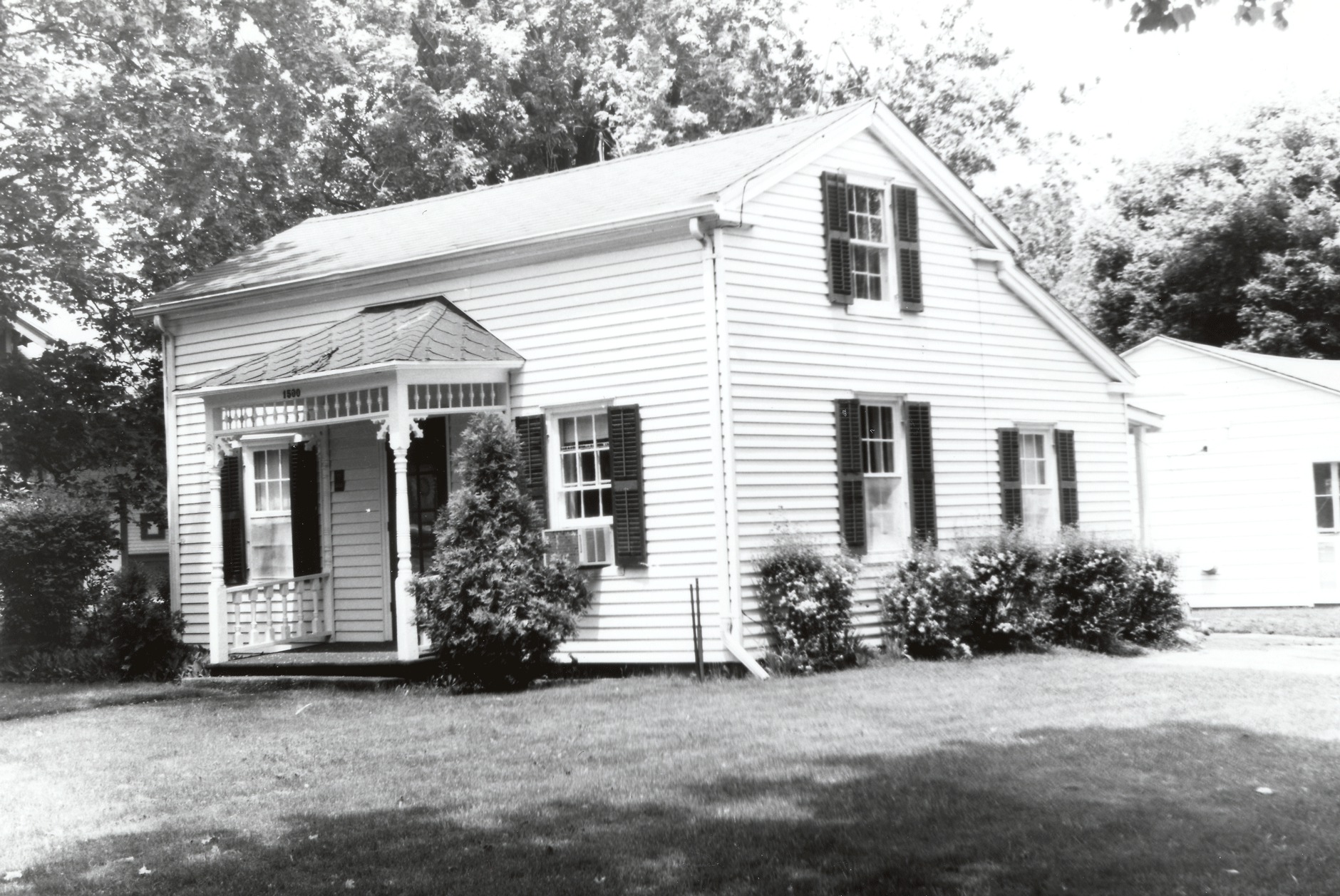 This small Greek Revival house shows its original 12 by 12 timbers and stone walls in the basement. Some fifty years ago, when it still had its original narrow clapboards, its pleasing appearance won the attention of the Historic American Building Survey. Drawings and photographs in the Library of Congress show the Baldwin House as it looked then. Its position at the "Forks" and its eye-catching proportions make it an Ann Arbor landmark.

The house was probably built by carpenter and builder Norman B. Covert for Eunice Baldwin, the mother of his new bride, on an eighty-acre piece of farmland. Their two properties were separated by a road which has now become Revena Boulevard.

When Mrs. Baldwin died in 1868, she left her house and land to her two daughters, Nancy Baldwin and Lucy A. Covert. In 1887, Andrew Heimerdinger acquired the property. The original eighty acres has long since been divided into residential lots, but this small farm house was owned by a fourth generation Heimerdinger until quite recently.