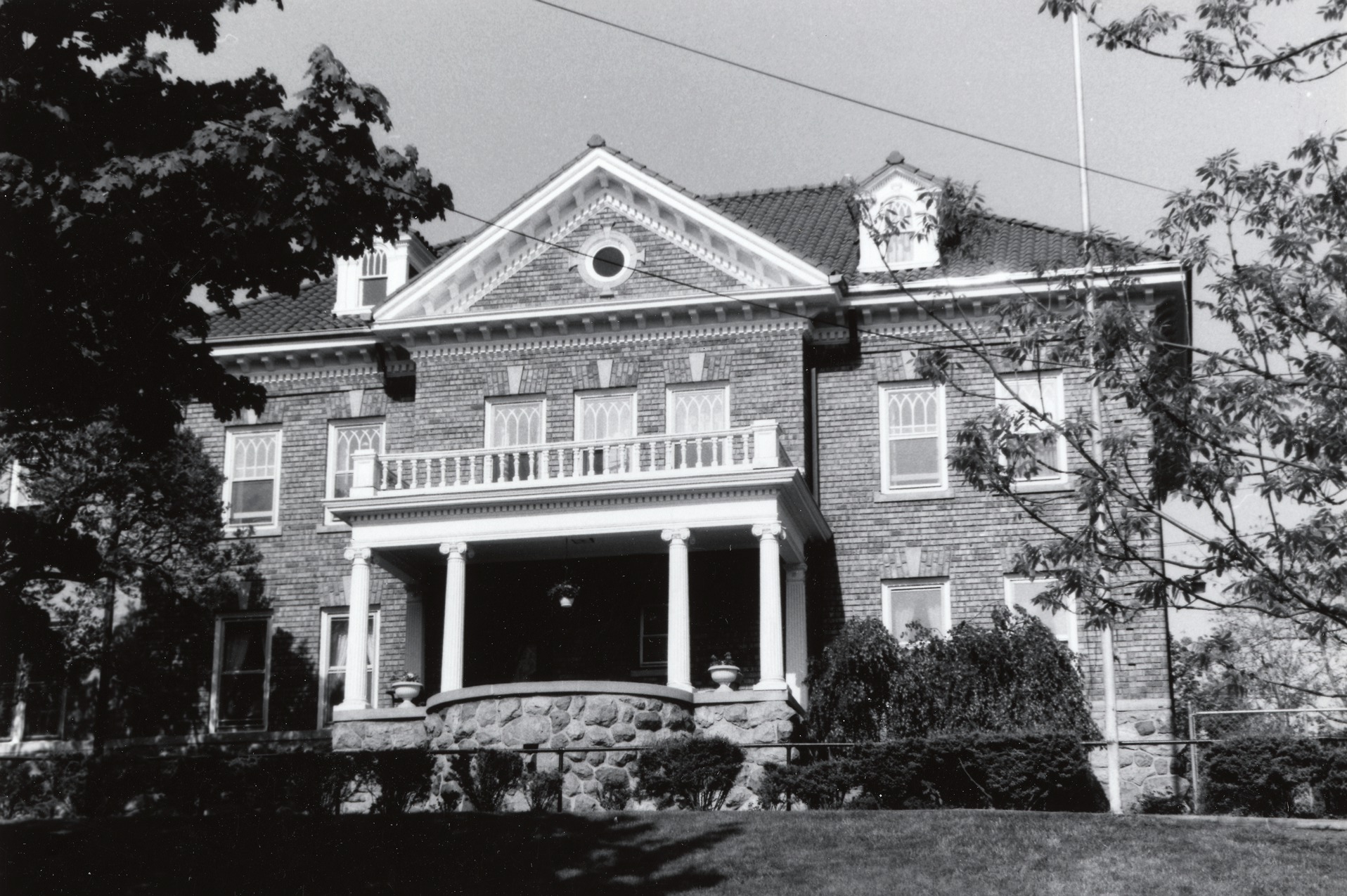 The history of St. Thomas the Apostle Church is intimately connected with Irish immigration to Washtenaw County and their eventual concentration in Ann Arbor in the area bounded roughly by Huron, Glen, North Main Street, and the Huron River. The Irish first congregated in Northfield Township, but in the 1830s they slowly began to move into Ann Arbor. Louis W. Doll's History of St. Thomas Parish, Ann Arbor, reports of a momentous meeting in 1835 that resulted in the first concentrated effort to construct a Roman Catholic church in Ann Arbor. It took another ten years before the first church was built on East Kingsley Street in 1845. In 1868 the parish purchased the former public school at 324-326 East Kingsley Street for their first parochial school. By 1886 the school had grown so much that the parish built a new building in the middle of the block between State and Elizabeth Streets and sold the old one.

By the time Father Edward Kelly arrived in 1891, the parish was badly in need of a new church. The ranks of church members had swollen not only from an influx of more Irish but with many prominent German Catholics, including grocer David Rinsey and his partner Moses Seabolt. Fueled by the energy and determination of Father Kelly, the drive for money to build the church was successful.

The Detroit firm of Spier and Rohns designed a handsome Romanesque building, reminiscent of Italian hill churches. This firm also designed the Michigan Central Railroad Station and Tappan Hall on the central campus. The local firm of Koch Brothers constructed the church of granite fieldstone and Bailey bluestone and proudly showcased it in their advertisements. The cornerstone was laid in 1897 and the building dedicated in 1899. A large stained-glass rose window dominates the entry above marble pillars flanking wooden doors with quatrefoil carving.

Soon after, in 1902, the yellow brick rectory was constructed behind the church at 530 Elizabeth (actually facing State Street). This Georgian Colonial Revival building is a long rectangle with a projecting center capped by a highly decorated full pediment. The large center porch has a fieldstone base topped by slender Ionic columns supporting a graceful balustrade. Two small pedimented dormers add to the impression of a country estate. The Georgian style contrasts sharply with the Italian style of the church, despite the use of clay roof tiles on both buildings.

The last building constructed under Father Kelly's tenure was the convent for the Sisters of the Immaculate Heart of Mary at 517 Elizabeth Street. It resembles the rectory in general form and materials and in fact Doll noted that the convent "was built of the same substantial brick as was used in the rectory." More pronounced than on the rectory are the pedimented dormers embellished on the sides with fish-tail shingles and finished off with the same unusual green clay tile as the main roof. Built by parishioner and contractor Henry G. Pipp, the total cost of the convent was $8,600. The Sisters moved in by October 1911.

This eclectic complex of buildings remains today as a monument to Father Kelly's tireless efforts. The second decade of the 20th century saw the razing of the old school behind the church and its replacement by several school buildings for both elementary and high school students.