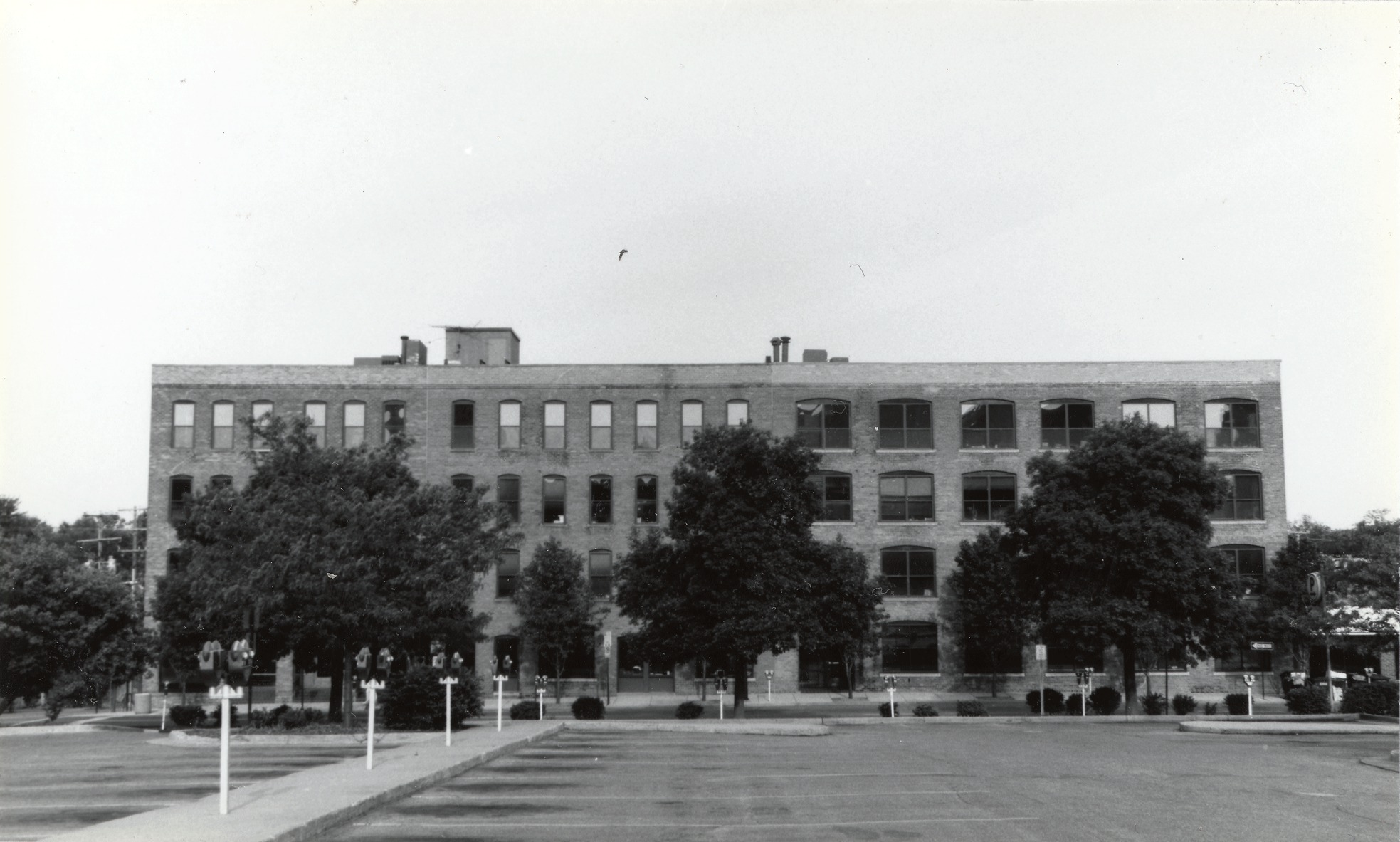 This block-long group of brick buildings was built in four stages as a factory for the Allmendinger Organ Company. The company was founded in 1872 by David F. Allmendinger , who first worked from his frame house which stood on this site. A descendant of one of Ann Arbor's earliest pioneers, Allmendinger was apprenticed to master organ builder Gottlieb Gaertner in 1867. When Gaertner left for Ohio in 1871 to manage another factory, Allmendinger bought his equipment and married his daughter.

Allmendinger began modestly in the back rooms of his home where he hand-carved his earliest organs, sometimes using soup bones for the keys when ivory was unavailable. A conservative businessman, he preferred to peddle his finished organs personally by wagon, often trading them for flour, wood, and farm products. His earliest commissions were for church organs, but eventually he began to specialize in lightweight, affordable reed organs which many farmers proudly displayed (and played) in their parlors.

By 1888 he was successful enough to establish a stock company and build a four-story brick building (later reduced to two stories after a fire) on Washington Street. In 1895 the company began manufacturing Henderson Pianos as well as Ann Arbor Organs. They built a four-story brick building at the corner of Washington and First Streets, moving Allmendinger's house to a lot just beyond the railroad tracks. The company name was changed to the Ann Arbor Organ Company and a salesroom opened on South Main Street . In 1906 another two story brick section was added along First Street, and in 1911 the final two stories were added.

In 1915 competition from low-cost suppliers such as Sears Roebuck & Co had driven this company and many other small factories out of business. From 1916 to 1926 the buildings housed the Motor Products Company which made windshields for automobiles. By 1930 the buildings were empty and deteriorating.

Mr. Carroll Benz, a local real estate agent, purchased them around 1935 and remodeled various spaces for rent. In 1947 Benz moved his own real estate office into one of the buildings and for almost 40 years this complex was known simply as the "Benz Building," despite the fact that Benz sold the buildings to the University of Michigan in 1969. The University housed several research institutes here until budget cuts in the recession of the 1980s forced the sale of the buildings in 1984. The purchaser, William Martin, with the expertise of Architects 4, completely renovated the building, replacing original windows and creating a modern entry for the 1895 structure.

Except for these changes, the exterior remains much as it was at the height of its days as an organ factory, a time when 5,000 organs and 600 pianos a year were produced and shipped to every state in the Union and to England, Scotland, Australia, the West Indies, and South Africa. These simple brick structures, imposing in size, remain a fine example of utilitarian factory design, reminding us of the days when workers lived in nearby neighborhoods and walked to and from work. In the new lobby, a visitor will find an original Allmendinger Organ and display panels telling the story of the factory, its owner, and the organs he built.