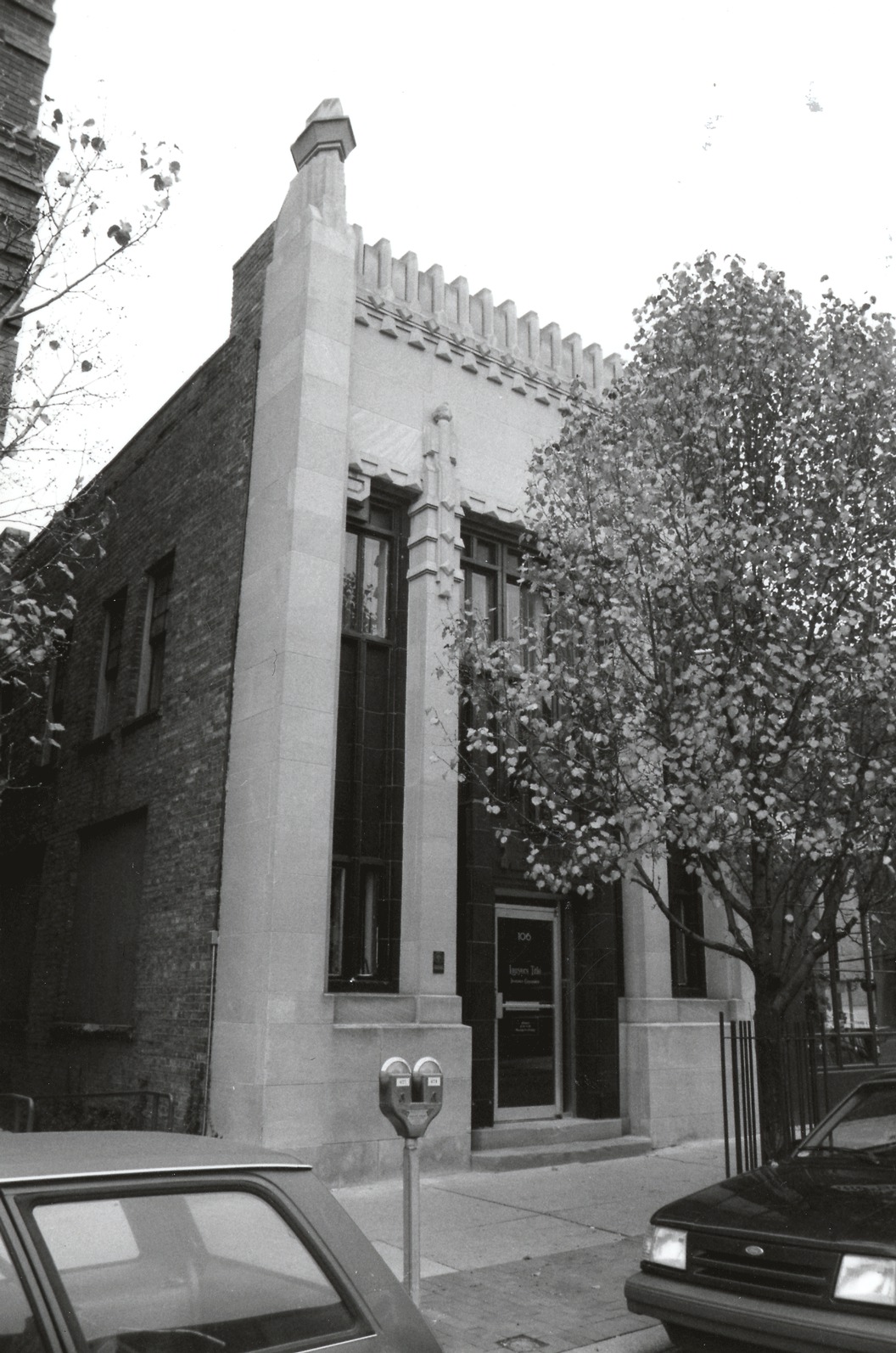 The Art Deco front of this building was designed by Albert J. Rousseau, graduate of the Ecole Nationale et Speciale des Beaux Arts in Paris and a distinguished professor of architecture and design at the University of Michigan. Professor Rousseau was well known for his designs for public architectural monuments. St Mary's Student Chapel on Thompson Street is also his design.

In 1909 attorney Arthur Brown, a former mayor of Ann Arbor, and his wife, Cora, purchased this lot to construct a building for the Washtenaw Abstract Company, which he founded in 1893. The original small building was known for years as Brown's Little Old Office. Additions have been made several times and the building now extends to the alley at the back. As in many of the older buildings downtown, the partial basement is below the city sewer system and requires a pump.

Gertrude Norris, who joined the firm in 1900, succeeded Brown as its president in 1917. It was a matter of community interest that Miss Norris employed only women until Brown's daughter, Ruth, and her husband, George Wyman, joined the firm in the 1930s.

Gertrude Norris' tenure as president ended in 1956 when the Abstract and Title Guarantee Company absorbed the original company. In 1960, the Lawyers Title Insurance Corporation, a nationwide organization, purchased both the company and the building. The local office has been generously cooperative in opening their early files for researchers on Ann Arbor historic buildings.