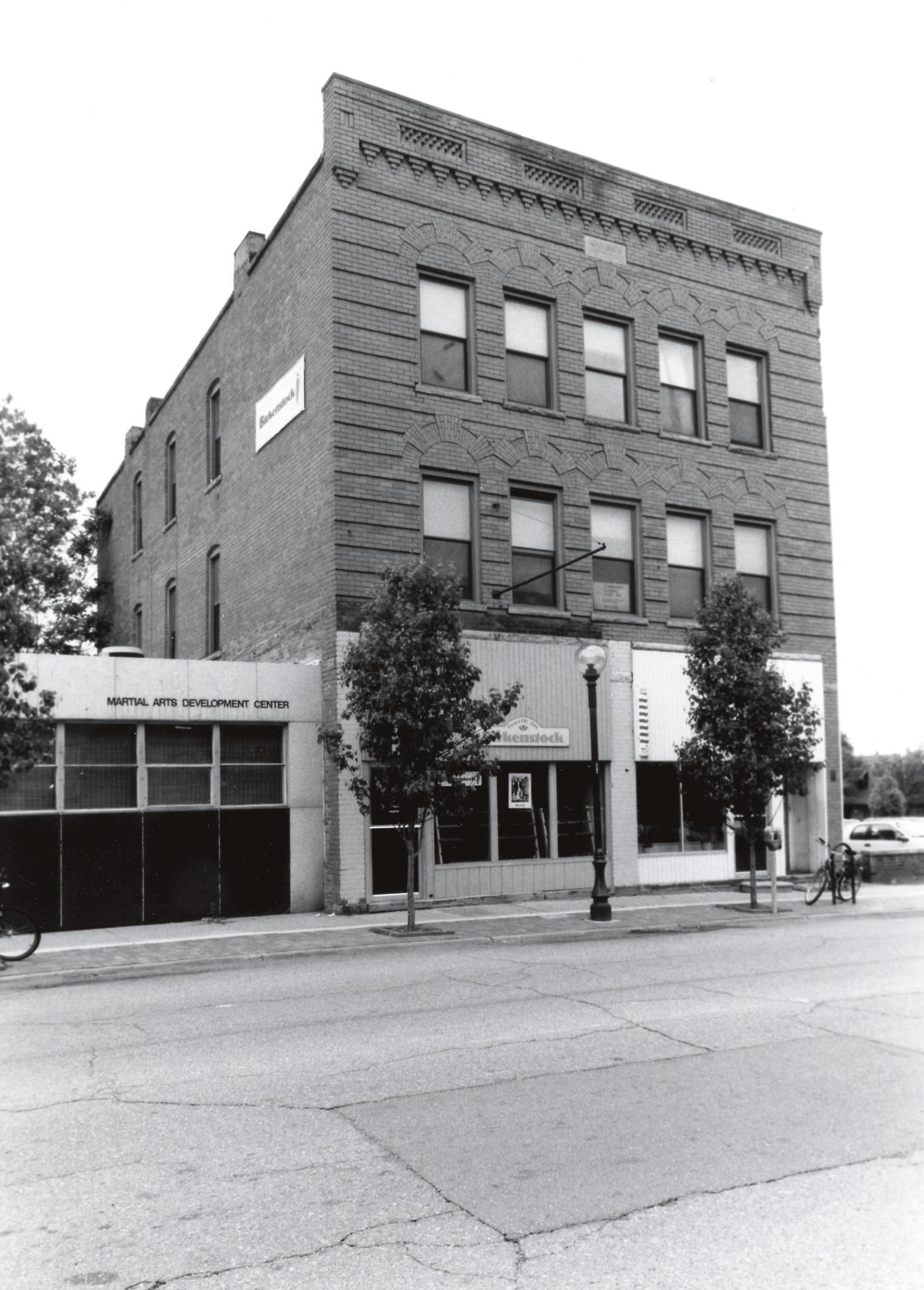 This simple commercial structure, built in 1899 for office and retail use, was originally known as the Kayser Block. The sunburst brick patterns fanning out from the windows on the upper floors stand out as an exuberant display of the bricklayer's art. It was made possible by the new popularity of brick veneer over cinder block. By 1905, the building was known as Forester's Hotel and, according to City Directories, had "colored" managers throughout the early decades of the 20th century.

In 1921 the Colored Welfare League, a benevolent organization dedicated to helping African-Americans find jobs and housing in the community, purchased the building. The Welfare League had been the brainchild of Reverend Ralph Gilbert, Pastor of Second Baptist Church, who helped construction workers temporarily housed at the Dunbar Center at Fourth and Kingsley find permanent housing.

John Ragland, a 1938 University of Michigan Law School graduate who was active in the NAACP and who was the League's lawyer, described the building's transition from hotel to community center in a 1978 newspaper interview. Mr. Ragland, whose papers are housed at the Bentley Library, recalled that the League used money left over to help African-Americans after World War I to purchase the building. As new owners, the League evicted the Huron Club, a local gambling den and house of prostitution, and gradually turned the building into an African-American community center. This was especially important because the nearby YMCA refused to let their children use its facilities.

The many uses of this building by African-Americans for commercial and recreational purposes speaks to their commitment to help each other, especially considering the low wages and de facto segregation that existed at the time. By 1930, businesses that rented the ground floor space included a barbershop and beauty salon. African-American fraternal groups used meeting rooms upstairs and other rooms were rented to produce income. A tea room even occupied part of the upstairs from 1939 to 1943.

In 1966 J. D. Hall, a young barber, purchased the building. Though the costs of repairs were daunting, Hall persevered. He still owns the building today and maintains his barbershop there. The third floor has six reasonably priced rooms for rent while the second floor is still used by community groups. It is the only downtown commercial building owned and operated by an African-American businessman.