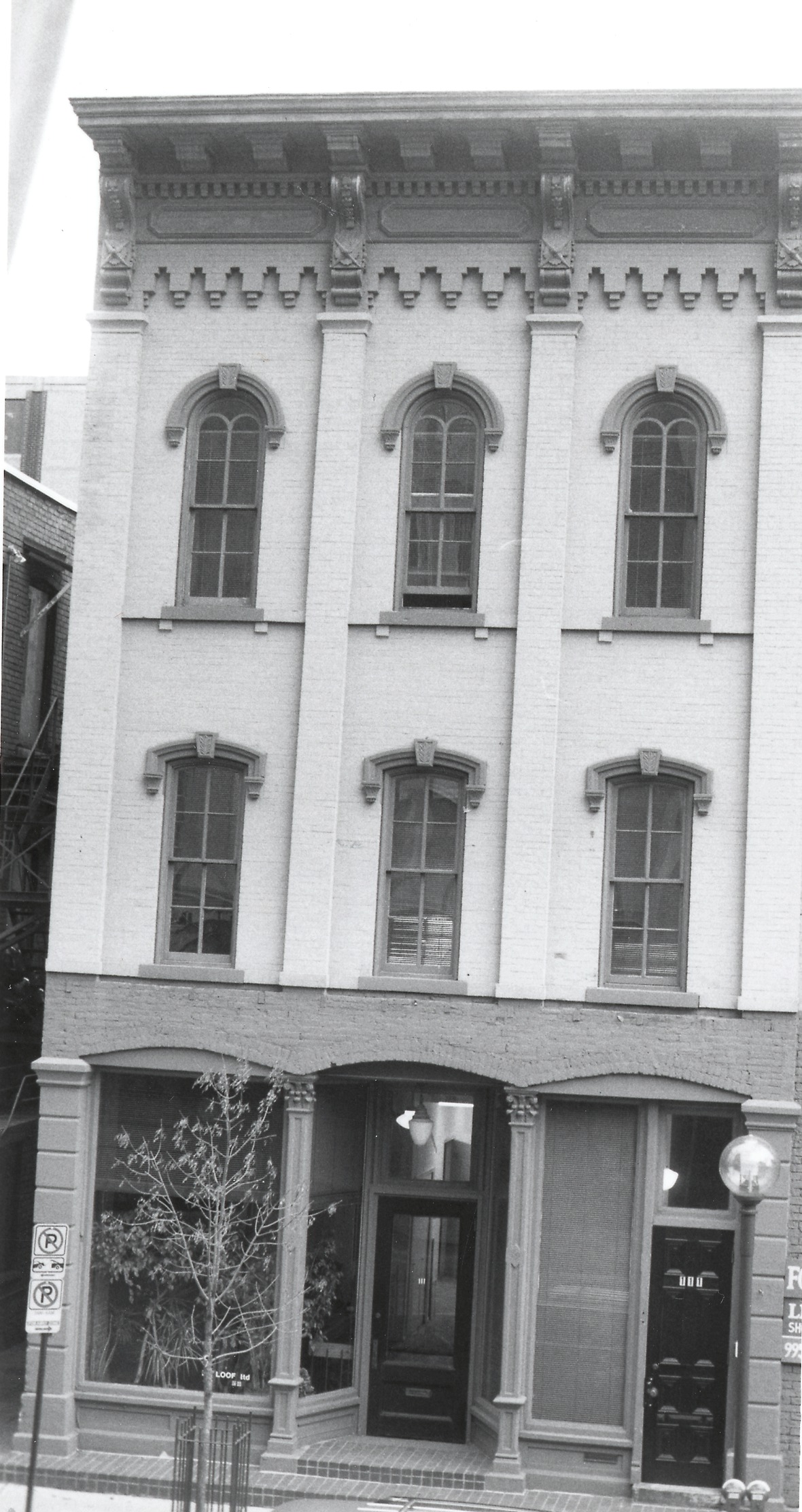 There was a saloon at this location from the time the first courthouse was built in the 1830s until Prohibition days. With Solon Cook's Temperance Hotel across the street, the saloon was probably a popular refuge. It survived a reform period in the 1870s when the number of saloons in Ann Arbor was cut from 80 to 32.

John D. Heinrich, proprietor of the Kossuth House Saloon at the corner of Pontiac (Beakes) and Summit, acquired this property on South Fourth Avenue in the early 1860s. Before the decade closed he replaced the old saloon with this commercial Italianate brick structure, which Heinrich and his son-in-law George Stein operated as a saloon-hotel-residence until his death in 1890.

Number 111 South Fourth continued to be a saloon, changing management several times, until 1918 and the coming of the prohibition era. Thereafter it housed a succession of small businesses. The adjoining building at No. 113, which originally housed a blacksmith shop, was erected in the early 1900s.

The Heinrich Building is in good condition with its Italianate cornice and most of the ground floor facade intact. The facade is unusual, having pilasters at the corners and between the windows. The upper levels now make up a condominium and the first floor awaits an occupant. The original wooden basement steps, worn away through the years by beer barrels rolled to cellar storage, were used as a sculpture on an exposed interior brick wall by attorney Peter DeLoof during his tenure as owner and occupant.