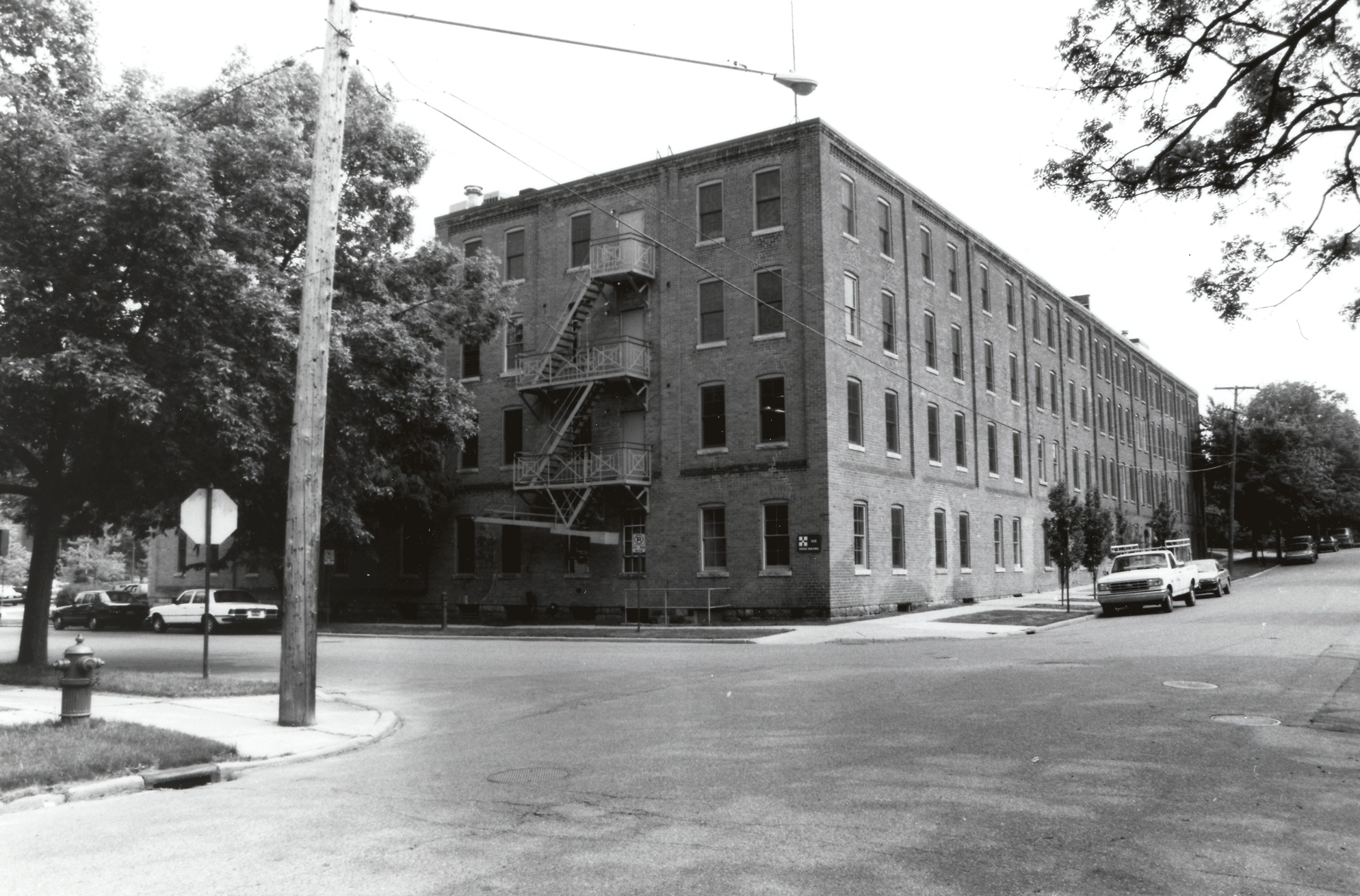 Situated in the heart of the Old West Side Historic District, this red-brick building began as a furniture factory. It was constructed in three phases, beginning with a wood-frame building facing William Street built in 1866 by John Keck and Company and now covered with brick veneer. In 1879 additional stock in the company was sold in order to finance a four-story brick building along Fourth Street. More construction followed in 1884 when the company was reorganized as the Michigan Furniture Company and a four-story building was built at the corner of Fourth and William, thus connecting the two older structures.

Keck came to America from Wurttemberg in 1854 at the age of 15 and apprenticed to cabinetmaker and coffin builder Florian Muehlig. By 1866 he was able to establish his own furniture factory with his brothers Frederick, George and Martin. The 1860s and 70s had been decades of rapid mechanization in the furniture industry. The steam engine had replaced water as a power source and specialization accompanied expansion as machines became more and more specialized. Despite the Depression of 1873, Keck employed 40 to 50 men and became one of the town's major businesses.

By 1879, when Keck formed a stock company, the decision had been made to specialize in bedroom suites (pronounced "suits"). They concentrated on making bedsteads, commodes and dressers and would continue this emphasis until they ceased operations in 1929. Unfortunately for antique collectors, Keck never marked his furniture and thus his products today are, in the words of journalist Mary Hunt, "distressingly anonymous."

Keck's designs were in the then-popular Renaissance Revival style, massive pieces with layers of elaborately carved woodwork, topped by carved pediments. A collection of Keck's drawings, recently discovered in the Grand Rapids Public Museum, gives a sense of the range of designs he produced. In 1884 the prominence of the buildings of the Michigan Furniture Company was noted in a local paper, which asserted that every visitor to Ann Arbor always inquired 'What is that large four-story building?" Keck, who was no longer with the company, had opened another factory on Detroit Street in the mid-1880s. His success there was short lived, however, and he spent the rest of his life working in Detroit and Grand Rapids.

After furniture making ceased in 1929, Charles Verschoor acquired the building and began manufacturing his popular Kadette tabletop radios. Never one to sit on his hands, Verschoor traveled to Germany in 1936 to study camera manufacturing. When he returned, he began to mass produce a small 35mm camera -- the famous Argus Model A. The camera was an instant success, selling 30,000 units in its first week on the market. In 1939 the name of the company was changed to Argus and the Argus C-3 camera was introduced. It remained the staple of the company until 1957.

During World War II, Argus received many contracts from the government for telescopes, binoculars, periscopes, and gunsights. However, after the war Argus was unable to compete with Japanese cameras and the company was sold to Sylvania. In 1963 the building was sold to the University of Michigan which used it for various research institutes including an amphibian lab.

The recession of the 1980s prompted the University to sell the building in 1983 to C-3 Partners who undertook the enormous task of restoring and renovating this historic structure in 1986. Quinn/Evans Architects provided the expertise and the newly renovated space preserves the best of the old and the new. O'Neal Construction, one of the C-3 partners along with First Martin Corp., is now headquartered here and their offices feature the original heavy timbers and red bricks walls that characterized these simple factory buildings.