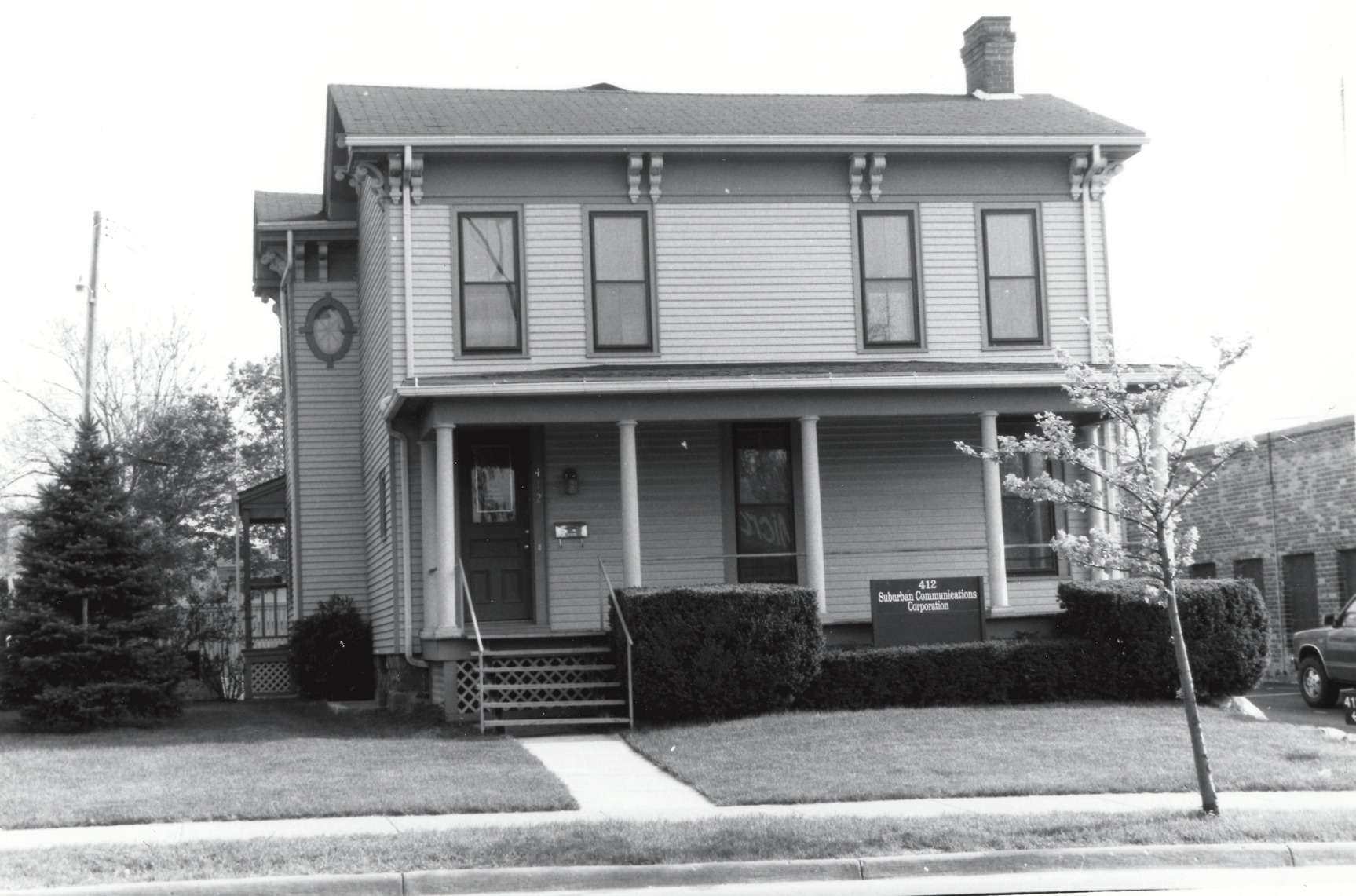 This side-entry, New England style, clapboard house was probably constructed around 1848, shortly after Asahel Parkhurst purchased the land on which it is built. In 1850 he sold it to Martha Seeley and she in turn sold it to the Wilmots who sold it to Tracy Root in 1855. The Root family occupied it for over half a century, adding the Italianate double brackets under the eaves as well as a large, two-story addition on the east which was removed after the turn of the century.

Tracy Root was the son of early Ann Arbor pioneer Erastus Root, who came to Ann Arbor from the East in 1832 and operated a dry goods store for a number of years. Tracy grew up on Spring Street, became a lawyer, and practiced for many years in his home on West Huron Street. He was also Washtenaw County Clerk in 1862 and Circuit Court Commissioner in 1872. Root was one of many professionals, including lawyers, doctors, and University of Michigan professors, who made their homes along then-fashionable Huron Street. When the advent of the automobile made living on the outskirts of the city more attractive, many of these houses were demolished for gas stations and parking lots. Root's house and two others on this block are our only remnants of the gentility of this thoroughfare in the 19th century.

One reason this house survived was that it had thoughtful owners throughout the 20th century. One who cared for the house throughout the 1950s and 60s even maintained the illusion of a center window on the second story using shutters, which unfortunately were removed in a later renovation.

Except for the porch and the pairs of brackets under the eaves which would indicate an 1860s date, the house probably looks now as it did when it was constructed. Its century of service as a residential property ended, however, when it was converted to office use in the 1980s. It is now owned by the Suburban Communication Corporation.